Kia Seltos is added two new variants, including a GTX+ 1.4-litre petrol-DCT and a GTX+ 1.5-litre diesel-torque converter option. Both of the new variants are priced at 15.99 lakh.

Kia Seltos was launched last month on August 22 at the starting price of 9.69 lakh. At launch, it was available with three engine options, namely 1.4-litre turbocharged petrol, 1.5-litre diesel and a 1.5-litre petrol engine, and a wide range of transmission options. After studying customer’s responses, Tata has added two new variants to the GTX+ trim. Two new variants include a new GTX+ petrol variant with 7-speed DCT and new GTX+ 1.5-litre diesel variant with 6-speed torque converter automatic gearbox. Earlier, GT Line came exclusively with the 1.4-litre turbocharged petrol engine. The addition of GTX+ 1.5-litre diesel-automatic variant means that that the GT Line is now available with diesel engine too. At launch, both of these newly-added automatic variants are priced at Rs 16.99 lakh. The closest alternatives for the two new variants are the HTX+ AT and GTX petrol DCT, both of which are priced at Rs 15.99 lakh. Currently, Kia is offering the Seltos in two equipment lines, the HT line and GT Line. The former is available with conventional offerings and features while the GT Line comes with a sportier design. GT variants get red accents and uniquely designed alloy wheels for the exterior and an all-black interior with red stitching.

With regards to the features, the GTX+ variants are equipped with a sunroof, 360-degree camera, front parking sensor, Bose audio system and leather seat. Besides, it will be available with the standard features of the GT Line including 8.0-inch head-up display, six airbags and rain-sensing wipers. 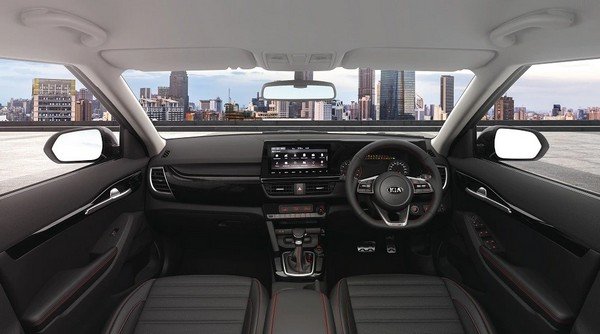 At launch, the GTX+ variant is offered with a single powertrain which is a 1.4-litre petrol engine-6-speed manual gearbox option. It is now offered with both petrol and diesel engine and the transmission line-up now includes both manual and automatic option.

Kia Seltos is pitting against the like of Hyundai Creta, Tata Harrier, MG Hector and Nissan Kicks. The new mid-size SUV is garnering positive feedback from the customers with more than 23,000 orders in the first three weeks after the booking was opened. At the moment, the booking for the new GTX+ variants was commenced. Delivery of these models will be started next month. Get more car updates at IndianAuto.com.