Maruti S-Presso Launched – Check out All the Specs and Details

Maruti Suzuki S-Presso has been launch in India at an introductory price of Rs. 3.69 lakh. Check out all the details here.

Maruti Suzuki has finally launched its much-awaited S-Presso Micro-SUV. The vehicle has been designed and manufactured in India, with the company dubbing it as a ‘true symbol of Make in India’. The company has managed to localise 98% of the car's manufacturing, which is not only impressive but extremely cost-effective as well. The S-Presso is built on Suzuki’s HEARTECT K platform, and uses 40% high-tensile steel in its construction to ensure strength while being very light. The aforementioned platform is also what underpins the JDM-spec Suzuki Alto in its home country. The S-Presso will be available in four trim choices. The introductory prices for the different trims are as follows:

Maruti seems to have nailed the pricing of the S-Presso, with the entry-level variant costing under the INR 4 lakh mark. The car will be sold via Maruti Suzuki’s extensive ARENA network throughout the country. 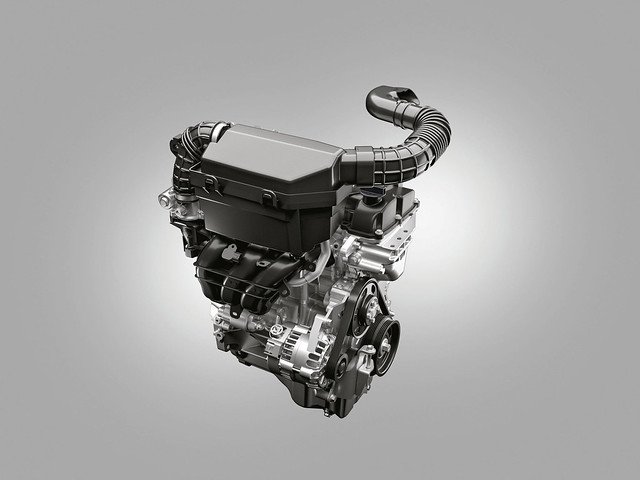 The S-Presso is powered by the same 1-litre three-cylinder engine that does duty in the Alto K10, which means it’s focussed towards efficiency rather than performance, while also being BS-VI compliant. Transmission options include a 5-speed manual as standard, with an optional 5-speed AMT available as well. The S-Presso offers a lot considering its pricing. It gets steering mounted controls for audio and telephony convenience. It also gets Maruti's Smartplay infotainment system with a 7-inch touchscreen featuring Android Auto and Apple CarPlay connectivity, along with Bluetooth and AUX input.

As for safety, the car gets a single front driver-airbag, along with seatbelts pre-tensioner and force-limiter for the driver’s seat on the base variant. Higher variants get dual front-airbags and pre-tensioner/force-limiter for both seats in the front row. Other notable features include ABS (Anti-Lock-Braking System) with EBD (Electronic Brake-force Distribution), driver/co-driver seat belt reminder, speeding alert, and reverse parking sensors with parking assist. The HEARTECT platform, which underpins the car, is not only strong and light, but is adept and distributing forces during a collision, thereby protecting passenger from heavy injury in the event of a crash.

The company claimed fuel efficiency is an astonishing 21 Km/l for all the variants of the S-Presso. Furthermore, Maruti Suzuki could later launch a factory-fitted CNG-version of the car, which would bring the running costs down by a significant margin, thus being a big advantage for its budget-minded audience.

Also See: Many CNG Models in Pipeline as Maruti Steers Away from Diesels Both the interior and exterior designs of the S-Presso are quite unique. The interior gets a functional design with a dash of colour thrown in for enhanced visual appeal. The instrument console gets a digital speedometer and is centrally mounted on the dashboard, above the infotainment screen. It gets two semi-circular body-coloured bezels and is quite close to the design we saw in the prototype back at Auto Expo 2018. The cabin is an all-black affair complemented by body-coloured AC vents and accents on the centre console. The seats are also black with a coloured cross stitching pattern in the middle.It also gets a larger glass house area, a crucial nod to back up its claims as a micro-SUV. The seats are also placed high up, in order to further amplify the commanding view of the road ahead. The exterior is unlike any other Maruti Suzuki car we’ve seen. The tiny footprint and the tall stance help the little S-Presso stand-out from the crowd of commuters. The front is aggressive, with teeth like design for the front-grille and a huge bumper that splits the giant airdam into two. The rear is a bit more conservative, with large C-shaped tail lights and a large bumper. Compared to the Alto K10, the S-Presso is slightly longer and wider, and significantly taller as well. This means the interior space is much better on the S-Presso. Not only that, but it is lighter than the Alto as well, due to the HEARTECT platform underneath. Check out our detailed comparison between Maruti S-Presso and Alto K10 for further insight.

The biggest competition to the Maruti S-Presso is perhaps the Renault Kwid. It’s an extremely affordable crossover-style vehicle, just like the Maruti Micro-SUV. The biggest advantage the Kwid has over the S-Presso is its larger range of pricing and the two engine options you get to choose from instead of just one. Maruti, however, has a few tricks up its sleeve as well. You can check out our detailed comparison between Maruti S-Presso and Renault Kwid to know how they stack-up against each other. Furthermore, the Kwid is also set to receive a major facelift, with the launch approaching soon. Keep checking IndianAuto.com to stay updated.