The iconic vehicle of Maruti Suzuki named the Swift has crossed the 20 lakh units sales mark in the Indian market in which the 1,00,000 units was booked in 10 weeks.

First launched in the Indian market 13 years ago, the Maruti Swift nameplate has made a huge success thanks to its dynamic features, sporty styling design and the brilliant driving performance. This year, the Japanese automaker, Maruti Suzuki has celebrated the 2 million sales units of the Maruti Suzuki Swift in the domestic market. After its launch in 2005, the Swift has first achieved 1.5 million units sales in March 2016 and joins in the top-selling vehicle of India’s largest carmaker in the country. 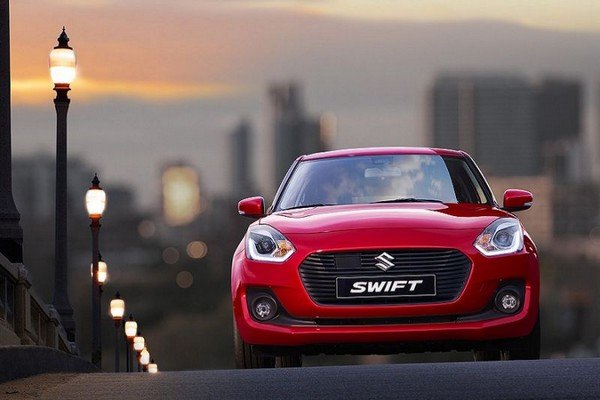 Available at petrol and diesel engines mated to either a 5-speed manual or 5-speed AMT gearbox, the Maruti Suzuki Swift deliver an impressive driving performance. The 1.2-litre K12 petrol engine is capable of making 82 hp of max power at the fuel efficiency of 22 kmpl on offer while the 1.3-litre DDIS diesel motor churns out 72 hp of peak power at the fuel efficiency of 28.4 kmpl. The striking exterior look is one plus point for the Maruti Suzuki Swift. The signature vintage look along with the charming style, the muscular elements on the front and rear make the vehicle stand out from the crowd. Additionally, on offering the long list of advanced features inside, the hatchback strongly captivates the Indian buyers with

With the quality far exceeds the price, Maruti Suzuki has managed to satisfy the great number of customers thanks to its best sense of comfort, convenience and safety packages. The starting price of Rs 4.99 Lakh makes the hatchback become the leading competitors in its segment and contributes tremendously to the triumph of its sale figures. The 2018 Maruti Swift is positioned at Rs 4.99 Lakh in the Indian market

Speaking about the landmark, the Senior senior executive director of Maruti Suzuki India has said that

“Brand Swift has consistently featured among the top five bestselling cars in India for more than a decade. I would like to express my gratitude to all our customers. The success is strongly associated with the Swift’s dynamic performance, advanced design, and technology, reliability, durability and best-in-class fuel-efficiency that characterise Maruti Suzuki’s DNA.”

Why you should buy Maruti Suzuki Swift: Pros and Cons