2019 Nissan Kicks: Pros And Cons Of The Compact SUV

Three years after its international debut, finally, the long-awaited Nissan Kicks has come to India in early 2019. Read on to discover the benefits and drawbacks of the new Nissan Kicks SUV.

The Nissan Kicks does not 100% resemble the global-spec model. The Indian-bound Kicks SUV has been adjusted to the Indian auto market and to the demands of the Indian auto buyers. To be more specific, borrowing the M0-platform from the Duster and the Renault Capur, the car is longer than its global counterpart. The cladding also gets some minor tweaks which you will have difficulty in recognizing unless you take a close look. Additional interior features like the 8-inch touchscreen infotainment system will also be present in the India-spec Kicks, but absent in the models on sale in other markets. Let’s discover the pros and cons of the Nissan Kicks SUV so as to make a wise decision before buying one.

The Nissan Kicks features a muscular and sporty exterior which is typical of an SUV. In the front, the Kicks gets a typical Nissan’s V-motion grille, skid plate, and projector headlights with a generous chrome touch. The SUV is also equipped with body cladding, a floating roof, roof rails, stunning 17-inch diamond-cut alloy wheels on the side profile. Coming to the rear, it comes with a two-tone bumper and boomerang-shaped tail lamps. All of which contribute to the unique appearance of the Kicks in the SUV segment. 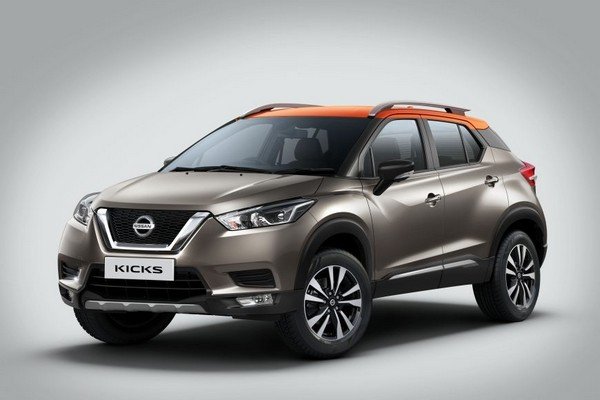 The Nissan Kicks will feature a robust and muscular appearance

As a compact SUV, the Nissan Kicks measures just above 4 meters, which makes it very easy to drive in cities. The Kicks also gets the highest ground clearance in its segment, which allows it to handle well when going off-road. 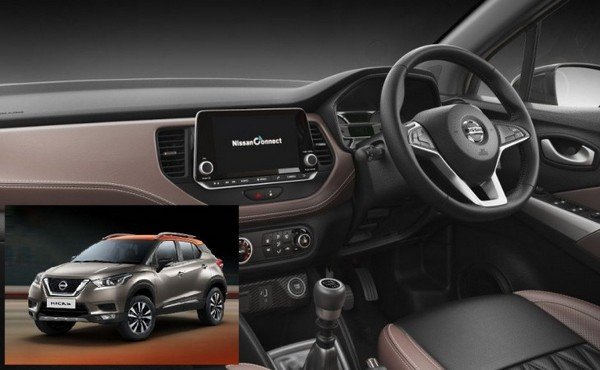 The Kicks SUV gets impressive Driving Dynamics. Thanks to the long wheelbase, the car can handle well, even at a triple-digit speed.

There is no AT or AMT variant available in the Nissan Kicks line-up, which is one of the most serious drawbacks of the SUV. Nowadays, auto buyers have a tendency to prefer automatic cars to manual ones. Therefore, the absence of the AT/AMT will make the SUV considerably lose competitiveness with other SUVs in the market. The power of the Nissan Kicks will be delivered to the two front wheels. In fact, the Japanese company has no intention of providing an option with a four-wheel-drive system. Accordingly, the performance of the India-spec Kicks SUV will not be so impressive in comparison with its competitors with an AWD system.

Nissan has made no official announcement on the variants as well as the price list of the Kicks SUV. But we can expect that once launched in India, the Nissan Kicks will have a price range from Rs 11 lakh to Rs 14 lakh. In such a price-conscious market like India, especially for compact SUVs, with the prices of Rs 10 lakh and upward, the Nissan Kicks will be a little bit beyond the reach of some Indian compact SUV fans. To conclude, the Nissan Kicks is an SUV which deserves to receive some of your consideration for its attractive exterior, an acceptable feature list, and good driving dynamics. Nevertheless, these elements alone are not enough to make the car outstanding from the rest of the other SUVs and to compensate for the absence of the AWD system as well as the AT/AMT variants.

Moreover, the quite high price may prevent the Nissan Kicks SUV from winning the race against other compact SUVs. The Japanese automaker is expected to consider tackling all the drawbacks of the Nissan Kicks so that it will become a popular SUV with Indian auto buyers, but maybe in its facelifted versions in the future.

Update the latest car news in India by visiting our website at IndianAuto.com.