Only 63 Units of Lamborghini Sián to be Ever Made

Lamborghini Sian will debut at the 2019 Frankfurt Auto Show. Only 63 units of this vehicle will be produced.

The world-famous sports car brand Lamborghini has finally entered the realm of electrical vehicle with its first hybrid car ever, the Lamborghini Sian. This hypercar continues to boast the old V12 motor. Scheduled to debut at the 2019 Frankfurt Auto Show, Lamborghini Sian has earned itself the title of the most powerful Lamborghini ever. The Italian marque only produces 63 units of the Sian. Why 63 Lamborghini Sians? Because 1963 was the year Lamborghini was found. Now, it is too late for you to think about having one because all of 63 units are sold before it is officially revealed. The price of this monster electric vehicle starts at 3.6 million USD. All Lamborghini Sian will be delivered to customers after it has gone through the customization process under Lamborghini Ad Personum program. 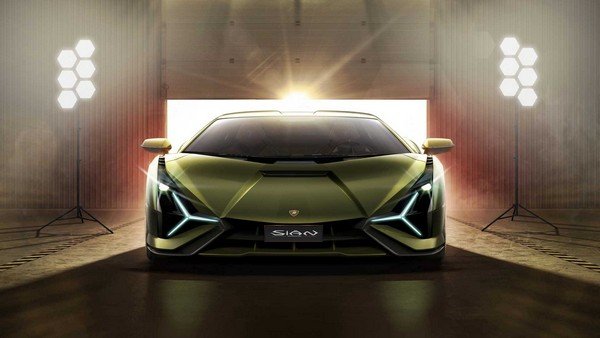 The common practice in the market is to employ lithium-ion battery for hybrid or all-electric vehicles. Lamborghini has broken the norms and introduced a new supercapacitor unit which edges out the conventional battery with lighter weight and a faster charging speed. This hybrid supercar makes use of a 48-volt mild-hybrid electric engine that is integrated into the gearbox. The hybrid power system is paired to a seven-speed automatic transmission with a driving-mode-based adaptive shift. The electric car can come into use when the car is running at low speed. Reversing and parking can be done with the electric motor alone. Besides, it also helps to reduce jerks while driving. The internal combustion 6.5-liter V12 engine is able to put out a maximum power of 785 Bhp. Together, the electric and conventional engine can unleash a maximum power of 819 Bhp and allow the car to hit the 100 kmph speed in 2.8 seconds. The top speed of the Lamborghini stands at 350 kmph. With such an impressive power output, the Sian has defeated the SVJ that has 779 Bhp of maximum power to become the most powerful models in Lamborghini’s history. Lamborghini Sian has a stunning design as well as innovative engineering

Recently, a leaked photo of the Sian revealing this hypercar at its full glory. With razor-sharp lines and futuristic styling of a hypercar, the Sian is definitely a head-turner. Notably, the Sia also borrows some design cues from the Terzo Millennio. Moreover, each unit of the Sian will be customized under the Ad Personam program which will individualize the design of each unit and make it even more exclusive. It also means that each of the 63 Sians will be one of its kind. For more car news and stories at IndianAuto.com.