The Renault Kwid EV has been imagined in the latest rendering. Read on to discover more about the upcoming electric car

The all-electric Renault Kwid follows the design theme of the conventional electric cars with a clean design and white colour accents to showcase its electric nature. In the front, a polishing surface which has replaced the upper and lower grille, a more simply designed bumper and air vents on the other sides are some of the most outstanding features. Additionally, the Kwid EV is also equipped with LED headlights instead of the halogen units, which not only adds to its stylish appearance but also its better fuel efficiency.

On the side profile, the Kwid EV sets itself apart from the regular model with blue outside rear-view mirrors, a unique set of alloy wheels and blue surrounds. In the rear, the vehicle comes with a specially designed bumper, LED tail lamps instead of halogen and faux air outlets. 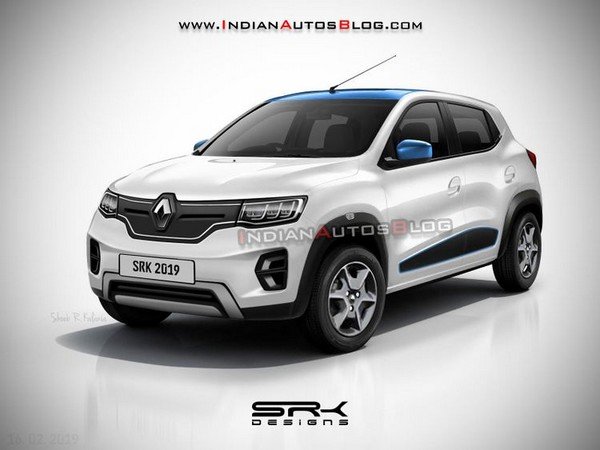 Apart from a different central console and instrument cluster, the cabin will look almost the same as the regular model. The Renault Kwid EV’s mechanical specifications are not revealed yet. The concept model is developed based on the Renault K-ZE. It can travel for 250 kilometres per charge.

The production model of the Kwid EV is being developed by eGT New Energy Automotive, the result of the partnership between Nissan and Renault in China. It will be manufactured at the Dongfeng plant of Shiyan (Hubei Province) in central China which has a yearly capacity of 1,20,000 units. In China, the EV will be introduced in the second half of 2019. There has been no confirmation about the launch of the Kwid EV in India since zero-emission vehicles are not a priority for Renault in the country. But considering the serious air pollution in India and the potential EV segment here, the Renault Kwid EV is expected to be launched in India in the foreseeable future.