The new Suzuki Alto 660cc which is locally made in Bin Qasim Plant has been launched in Pakistan at the starting price of PKR 999,000 (Rs 4.45 Lakh). Suzuki Alto 660 has been officially introduced in Pakistan.

Locally manufactured at Suzuki’s factory based out in Pakistan, the Alto 660 is the first model to use a 660 cc engine option under the bonnet. This mill features a 660 cc R06A engine that comes to take up space of the Mehran 800 which was on sale in Pakistan during over three decades before coming to a halt in April. The new three-cylinder gasoline motor using multi-point fuel injection technology can churn out 39 HP of max power at 6,500 rpm and 56 Nm of torque at 4,000 rpm. It is coupled with a 5-speed MT or a 5-speed AMT unit. 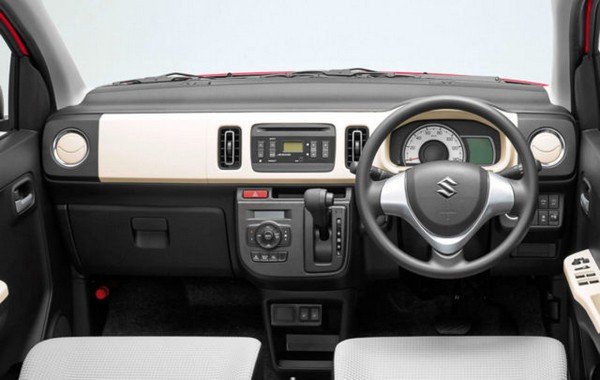 The Suzuki Alto 660 is available with three grades, namely VX, VXR and VXL. While the entry-level VX misses out the aircon, the mid-spec and top-spec variants all offer that feature. Also, the range-topping VXL model even comes up with dual front airbags, ABS, power windows, powering steering wheel, multi-media touchscreen infotainment system.

Suzuki packs the Alto 660 with a three-year/ 60,000 km warranty as standard. With an automatic and two manual variants, the new Alto 660 is available with 7 different exterior colours in which the Pearl Red was once used in the launch model at Pak China Friendship Centre. The new model gets 3,395 mm in length, 1,475 mm in width, 1,490 mm in height along with 2,640 mm in the wheelbase. It accommodates a seating capacity of 4 passengers and gets a boot space of 125 litres while tipping the weight of around 650-670 kg.