Suzuki Jimny gets a new body kit that is inspired by the Ford Bronco. The new body kit is called Dronco, expected to go into production soon.

Debuted in 2018, Suzuki Jimny has quickly attracted a huge following in the mother country. The soaring demand for this car has also fueled the demand for modification kits. Recently, DAMP, a Japanese modification company introduced a conversion kit for this off-road SUV, taking the inspiration from the Ford Bronco. Named the Dronco, the new body kit renders a charming classic look to the Suzuki Jimny. 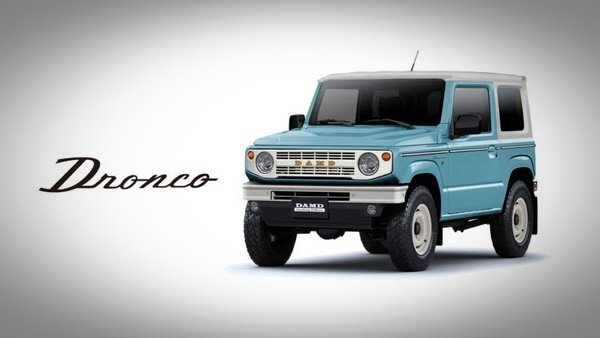 After being fitted with the conversion kit, the Jimny gets an all-new front bumper and new front grille along with a new DAMP badge. On the rear end, the Jimny features a ladder which is originally not available on the stock version. The modification company has repainted the Jimny in a baby-blue colour along with a white roof. The new colour combination is inspired by the first-gen Ford Bronco.

However, until now, only the digital rendering of the new modification kit is provided. DAMP has confirmed that the new body kit will soon go into production. Previously, the company introduced a couple of body kits for the Jimny that resembles the Land Rover Defender, and the Mercedes-Benz G-Wagon. Let’s hope that DAMP can pull out great-looking modified Jimny as the previous projects.

While the exterior is extensively revamped, DAMP will keep the mechanicals intact. Suzuki Jimny is powered by a 1.5-litre four-cylinder Petrol engine which is capable of making a top power 102 PS and a top torque of 130 Nm. In the Japanese market, Suzuki also comes with an option of 660cc 3-cylinder turbo petrol engine. 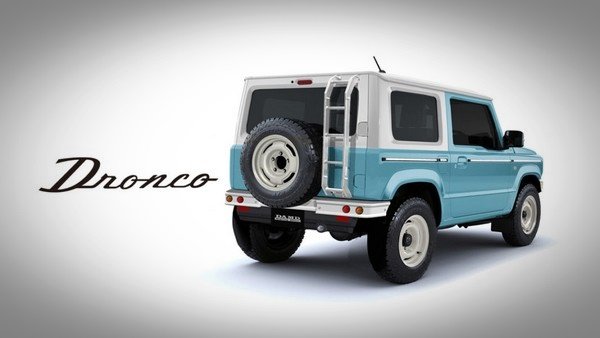 Its massive popularity can be contributed to its strong off-road capability along with the signature classic design. Currently, Suzuki is demanding for 10 month waiting period in Japan. The sad news is that this car hasn’t made it to the India shore yet. Previously, Suzuki Jimny has made a brief appearance at the 2020 Auto Expo. Maruti Suzuki is reportedly planning to bring the Jimny to India next year as a replacement for the discontinued Maruti Gypsy.