Toyota was all-set to showcase a Yaris-based crossover SUV at the Geneva Motor Show this month, but the motor show was shelved owing to the Coronavirus pandemic. Most of the carmakers who were not able to showcase their new models at the motor show revealed their cars digitally, but Toyota has decided to hold up the debut of its new model for now. The carmaker could have decided to reveal the SUV at a private event in Europe but it looks like the menace of the COVID-19 has ensured the unveiling of the all-new crossover SUV will take a while. For now, we’ve got some speculative renderings of the Toyota Yaris SUV that have emerged from Japan. The images show that the overall shape and design of the upcoming crossover SUV could be inspired from the Yaris hatchback. Upfront, the SUV employs high-mounted LED headlights along with low-slung grille. The side profile of the car will employ bold wheel arches, blacked-out B-pillar, sleek roof rails and body-coloured door handles. The rear fascia of the SUV will likely get interconnected LED taillights, faux skid plate and a sporty looking spoiler. One can expect the cabin of the all-new SUV to share a lot of common features with its hatchback sibling. The official name of the car is yet to be revealed. 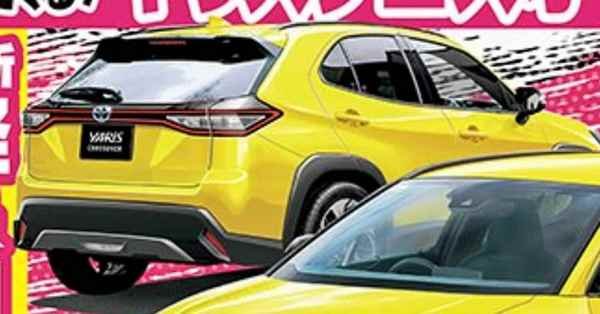 The Yaris-based crossover SUV will derive power from a three-cylinder, petrol-hybrid engine. Moreover, reports suggest the petrol engine will come paired with an all-wheel-drive system. The new crossover SUV will be manufactured alongside Yaris at carmaker’s production facility in France. Once launched, it’ll compete with the likes of Nissan Juke, Citroen C3 Aircross and Renault Captur. Right now, Toyota has no plans to launch the new crossover SUV in the India market.