Upcoming XUV400 has been snapped wearing heavy camouflage quite a lot of times, but this rendering shows how the car might actually look like.

Mahindra’s constant effort of pulling out a compact SUV started with the Quanto. However, the Xylo-based model could not find its way to success. The cards started falling on the manufacturer’s side with the Tivoli-based XUV300. The latest Mahindra-badged compact-SUV is quite a common sight on the roads. That said, the manufacturer is now developing a 7-seater version of the car, which will be based on the larger Tivoli XLV. Rumoured to be called Mahindra XUV400, the upcoming SUV has been spied quite a few times during its road tests. However, there’s hasn’t been much known about the car. Our in-house digital artist, Shoeb R. Kalania, though, has come up with a digital sketch of the car to reveal how it would look like. 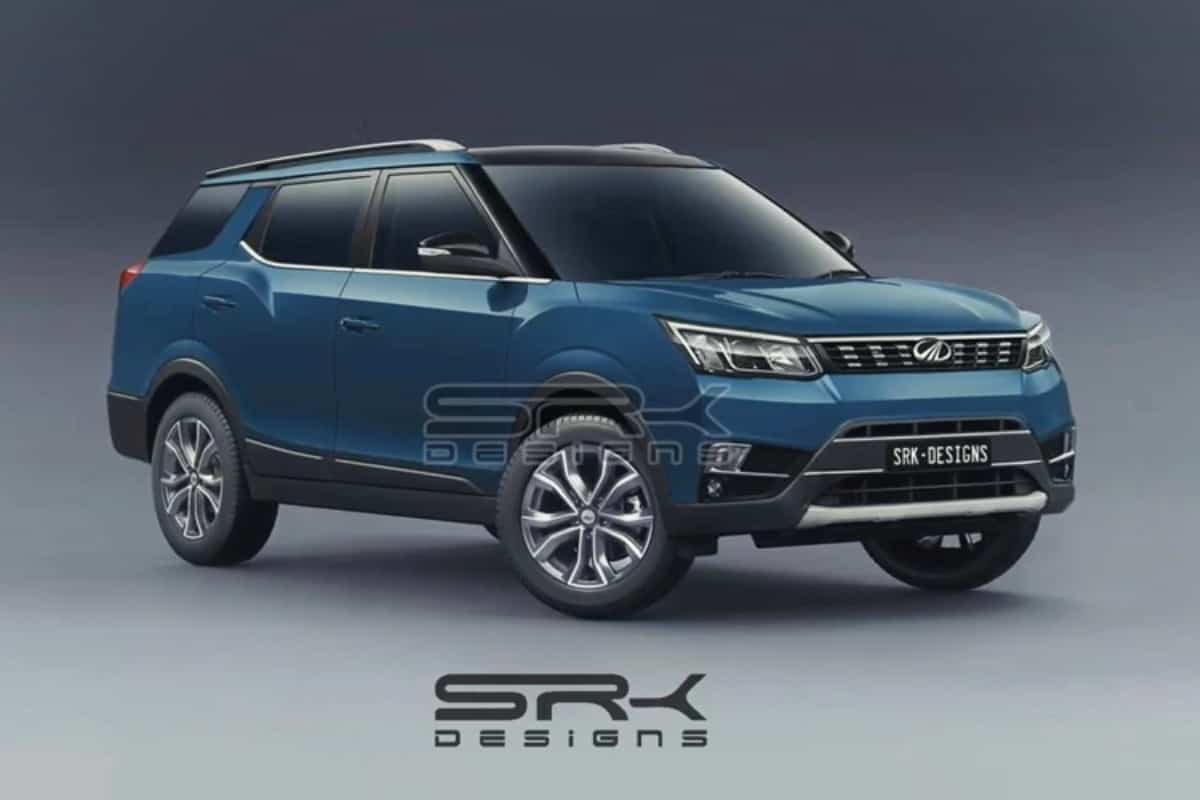 This is how the Mahindra XUV400 is expected to look like.

The rendering imagines the upcoming SUV with a similar face as of the XUV300, but with revised bumpers and fog lamp housings. The major change on the car would, however, be on its sides and the rear facet. The XUV400 will be longer and will have a larger rear overhang to excavate some extra space on the inside to house two extra seats.

Mechanically, the car is expected to be an identical twin of the donor sibling with similar engine and gearbox options. The XUV300 is offered with 2 different engine options, a 1.2L 3-cylinder naturally aspirated petrol, which produces 110 PS and 200 Nm, and a 1.5L 4-cylinder turbocharged diesel with a rated output of 115 PS and 300Nm. The transmission duties on the turbo-petrol mill are performed by a 6-speed manual gearbox, while the diesel variants get the option of a 6-speed MT and a 6-speed AMT sourced from Magneti Marelli.

The Mahindra XUV400 is expected to carry a starting price tag of Rs. 8.00 lakhs and top-out around 14.00 lakhs. As of now, there isn’t any other vehicle of this class on sale, thus, XUV400 will enjoy the benefits of being a newcomer to the class of compact 7-seater SUVs.