Mahindra Thar will launch early next month. Let’s see the latest promotional video of the upcoming SUV which showcases its amazing off-road capabilities.

New Mahindra Thar is all set to go on sale on October 2. Ahead of the launch, the homegrown car manufacturer has dropped a couple of new teasers for the upcoming model. In a new promotional video, the 2020 Mahindra Thar has once again illustrated its outstanding off-road capabilities.

This short video, in particular, highlights the new rear coil springs set-up of the 2020 Mahindra Thar. The new setting has replaced the old leaf spring system on the previous generation. This change helps to increase the off-road capability, allowing the Mahindra Thar to handle even the toughest terrain. During the TVC, the Mahindra Thar can move confidently and effortlessly through the muddy surface. The close-up camera gives us a closer look at the flexibility of the underbody part, suggesting that the suspension setting will iron out the irregularities of off-road paths.

Apart from the new updates for the rear suspension set-up, the new-gen Mahindra Thar also comes with a host of other mechanical changes. On the front, the Mahindra Thar receives independent suspension. Mahindra Thar will be offered with the manual shifter as well as a four-wheel-drive system with 2H, 4H and 4L driving modes across the range.

Still, the most significant update has happened under the hood. The old 2.2-litre diesel mHawk engine is revised and mated to either a 6-speed manual gearbox or a 6-speed automatic torque converter unit. This engine is capable of churning out a top power of 130 Bhp and a maximum torque of 300 Nm. There is also a 2.0-litre mStallion petrol engine that comes with two states of tunes. If paired with a 6-speed manual gearbox, the petrol engine will be powerful enough for 150 Bhp and 300 Nm. And when coupled with the 6-speed automatic gearbox, it will be able to crank out 150 Bhp and 320 Nm. 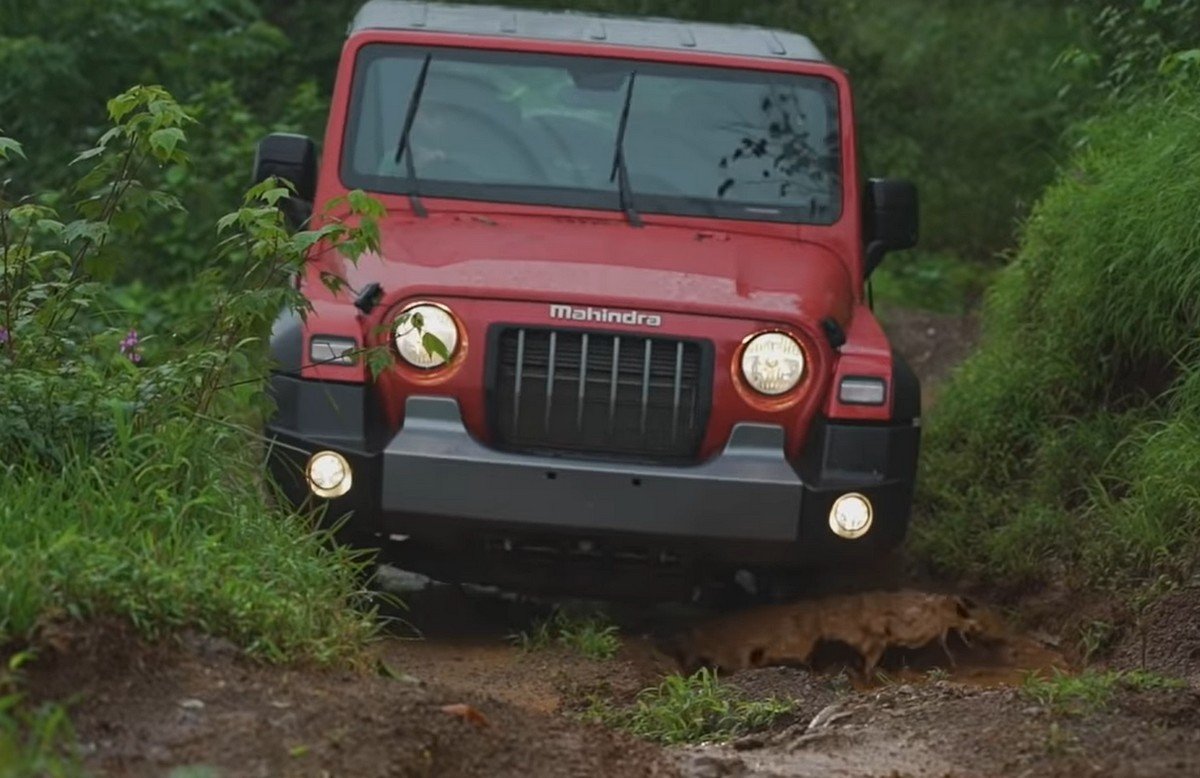 In terms of the features, the new Mahindra Thar receives a variety of new features to comply with the new crash and pedestrian safety norms. It will come with dual front airbags, ABS with EBD, ISOFIX child seat anchor, hill start assist, hill descent assists, ESP with roll-over mitigation as well as three-point seatbelts. On the inside, the Mahindra Thar will be fitted with forward-facing rear seats, redesigned dashboard with a touchscreen display, and high-quality materials. Some key comfort features of the Mahindra Thar include power windows, eight-way adjustable driver seat, cruise control, auto AC, 7-inch touchscreen, 18-inch alloy wheels and tyre pressure monitoring system.

Ahead of the launch, the prices of the upcoming Mahindra Thar are leaked. According to the recent report, the entry-level fixed soft-top variant of the new Thar will be available at the price of Rs 9.75 lakh and Rs 10.49 lakh (ex-showroom) for the petrol and diesel version respectively. The base version with a convertible soft top is likely to be retailed at the price of Rs 10.25 and Rs 10.99 lakh. For the LX variant with a manual-diesel powertrain and hardtop, the price will be marked at Rs 11.20 lakh while the automatic-diesel and automatic-petrol counterparts will be available at Rs 12.25 lakh and Rs 12.49 lakh, respectively. It is suggested that the leaked prices are only introductory and will be revised after a while. However, these are only speculations. The official prices will be confirmed by the manufacturer at the time of launch.