Salman Khan’s expensive gift to Arpita Khan, the BMW 730Ld M-Sport is up for sale at the price of Rs 75 Lakh.

The famous Bollywood superstar, Salman Khan has been well known for not only his successful acting career but also for his collections of premium luxury cars as well as his “tradition” to gift desirable cars to his closed ones. Three years ago, Salman Khan gifted a new BMW 730 Ld M-Sport to his nephew- Arpita Khan’s newly born son. Now, this luxury model could be yours since it has been listed for sale on Big Boyz Toyz’s website at the Rs 75 Lakh price mark. This BMW 730 Ld M-sport, which is the top-end diesel variant of the BMW 7-Series, was spotted with the Khan family and Arpita’s new family multiples time. Arpita’s husband, Aayush Sharma was seen driving around in the luxury sedan as well. However, according to the website, the three-year-old 730 Ld M-Sport has covered only 11,500 km that makes it as good as new. Currently, a completely new BMW 730 Ld M-Sport gets the ex-showroom price of Rs 1.35 Crore while the on-road price stands right above Rs 1.6 Crore. With multiple bells and whistles in place as well as an attractive price point, the BMW model from the Khan turns out to be a "tasty" deal. 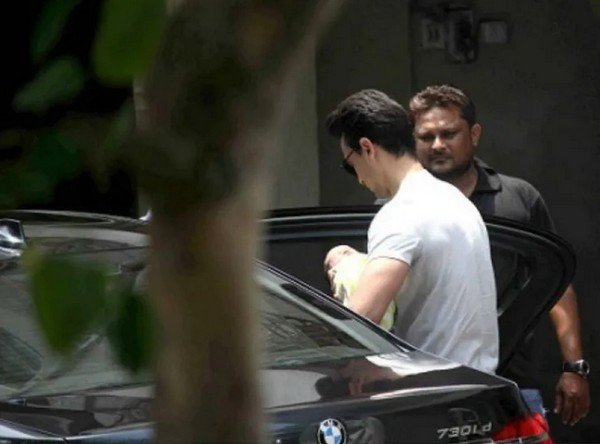 The BMW 7-Series is rather nice to drive thanks to the utilization of a 3.0-litre in-line 6-cylinder diesel motor that features twin turbochargers. This engine can make a mighty power of 265 BHP at 4,000 rpm and a decent torque of 620 Nm at 2,000 rpm. With the adoption of the M-Sport body kit, the BMW 7-Series carries a sporty and aggressive stance. The German sedan is kitted out with a host of aggressive design elements like the redesigned front and rear bumper or side skirts among others, all the ways to make it a lot sportier than the regular 7-Series models. It’s an opulent feature-laden sedan as well! The car comes “armed to the teeth” with a long range of premium features such as BMW Laser headlamps offering full beam that is double than the standard LED units, Nappa leather seats, Canberra beige and dark coffee brown interior theme and more. The meticulously-designed dashboard is largely inspired by that of the BMW Vision Future Luxury concept and gets polished metal, leather and gloss wood treatments all around.

Particularly, the leather elements also get contrasting stitching that gives away a more premium effect. Another highlight of the BMW model lies at the rear passenger seats that could be reclined as well. Besides, some features like individual screens for infotainment, ambient light system and much more are to name some that help the BMW 730Ld M-Sport translate into a truly “luxury condo” on the wheels.

Interestingly, the BMW sedan for sale still has several years of warranty to be availed that is what most pre-owned cars buyers are seeking for. From these, the Khan’s BMW 730Ld M-Sport sedan is for sure without compare!