Here’s a highly modified Tata Winger by DC design. The MPV now looks very upmarket and has an interior befitting of a luxury saloon like the Mercedes S-Class

DC design is one of the most popular customization houses in India, and we’ve seen a lot of modified vehicles from them in the past. After a gap, the car designer has made a comeback in the Indian market and is now known as DC2. The car modifier is now back with a bunch of new designs, and the vehicles now look more exciting than before. DCs one of the main areas of expertise is interior, and they continue to be so good at it. 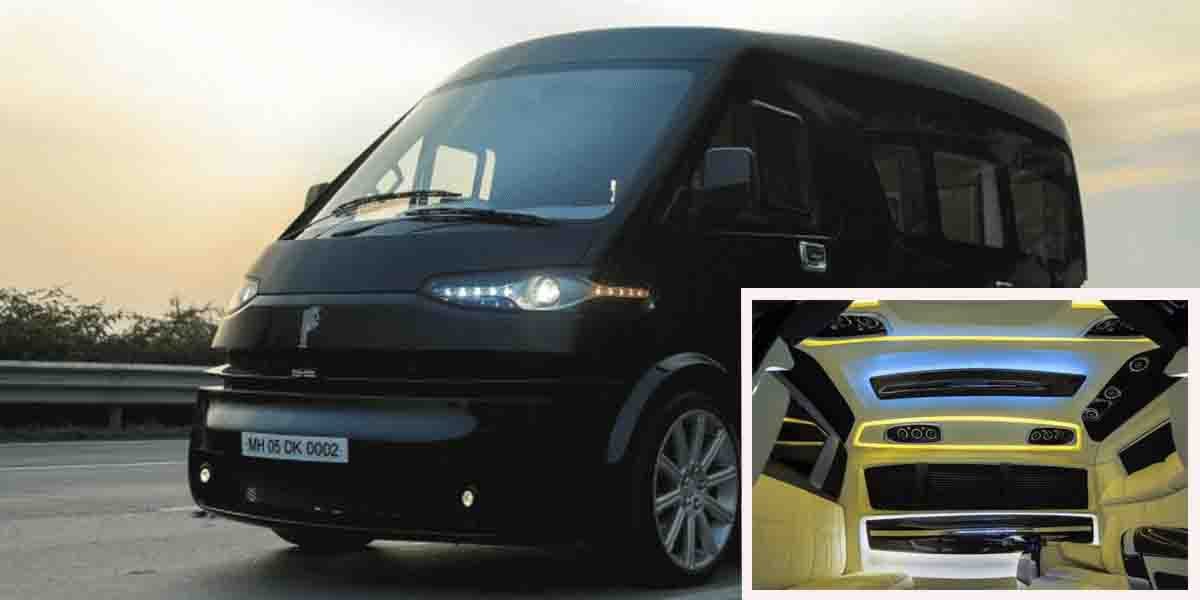 Here’s a recent mod job by the designer as they’ve recently worked on Tata Winger. The Winger you see here is extremely modified and looks like a unique MPV. The winger is an MPV sold by Tata Motors in our market. The carmaker introduced the facelifted model of the car earlier this year at the 2020 Auto Expo. The Winger used here by the designer is the older BS4 model of the MPV and after customization, it does not look like Tata Winger. The exterior of the MPV has been highly modified and looks much more premium than the regular version of the MPV. The front fascia of the car now features new projector headlamps with LED DRLs and integrated turn blinkers. DC has also removed Tata badging from all the places, and the front grille has been redesigned too. The lower part of the grille features a small mesh grille along with LED fog lamps. The MPV employs a piano black paint job with chrome door handles. The rear fascia of the car gets new aftermarket LED taillights and a redesigned bumper. Inside, the car has been converted into a premium lounge and comes with a lot of new features. The cabin of the Tata Winger is well lit with LED lights. It can accommodate 3 passengers at once and comes loaded with features like a multi-function chair, a cushion, LED screens, ambient lighting, powered curtains and high-end audio system.  Inside, the MPV also gets a few wooden panels, which enhances the overall premium feel of the cabin.