This stance Ford Ecosport modified car in Kerela with a black paint scheme and chrome delete looks scintillating for sure.

In spite of its age, the Ford Ecosport is the highest-selling product from the local subsidiary of the American carmaker. First launched in 2013, it was offered with 3 engine options and came loaded to the gills with various features. Offering a well-measured combination of SUV characteristics and compact dimensions, it was highly loved by the Indian audience. But, it was the car’s driving dynamics, which helped it bloom around the enthusiastic drivers as well. However, there are very few examples of tastefully Ford EcoSport modified SUVs in the country. Nevertheless, we've managed to get our hands on the details and video of one such model, which belongs to one Sidharth Shreekumar, from Kerela.

On the outside, the changes are not groundbreaking but they are highly appreciable. It has undergone a chrome delete job to match up with its black paint scheme. The front radiator grille has been replaced with an aftermarket one that seems to be inspired by the unit on the Ford Raptor. Halogen bulbs in the headlamps have been replaced with HID (High-Intensity Discharge) units, while the fog lamps are fitted with LED bulbs. Another set of LED lights have been placed on the bumper. It now sits on a set of GTR PRO 17-inch 9J alloy wheels, which are shod with 225/50 section tyres. At the rear, an extra set of lights are fixed on the D-pillar. To further enhance the visual appeal of the rear fascia, an aftermarket spoiler has been added. 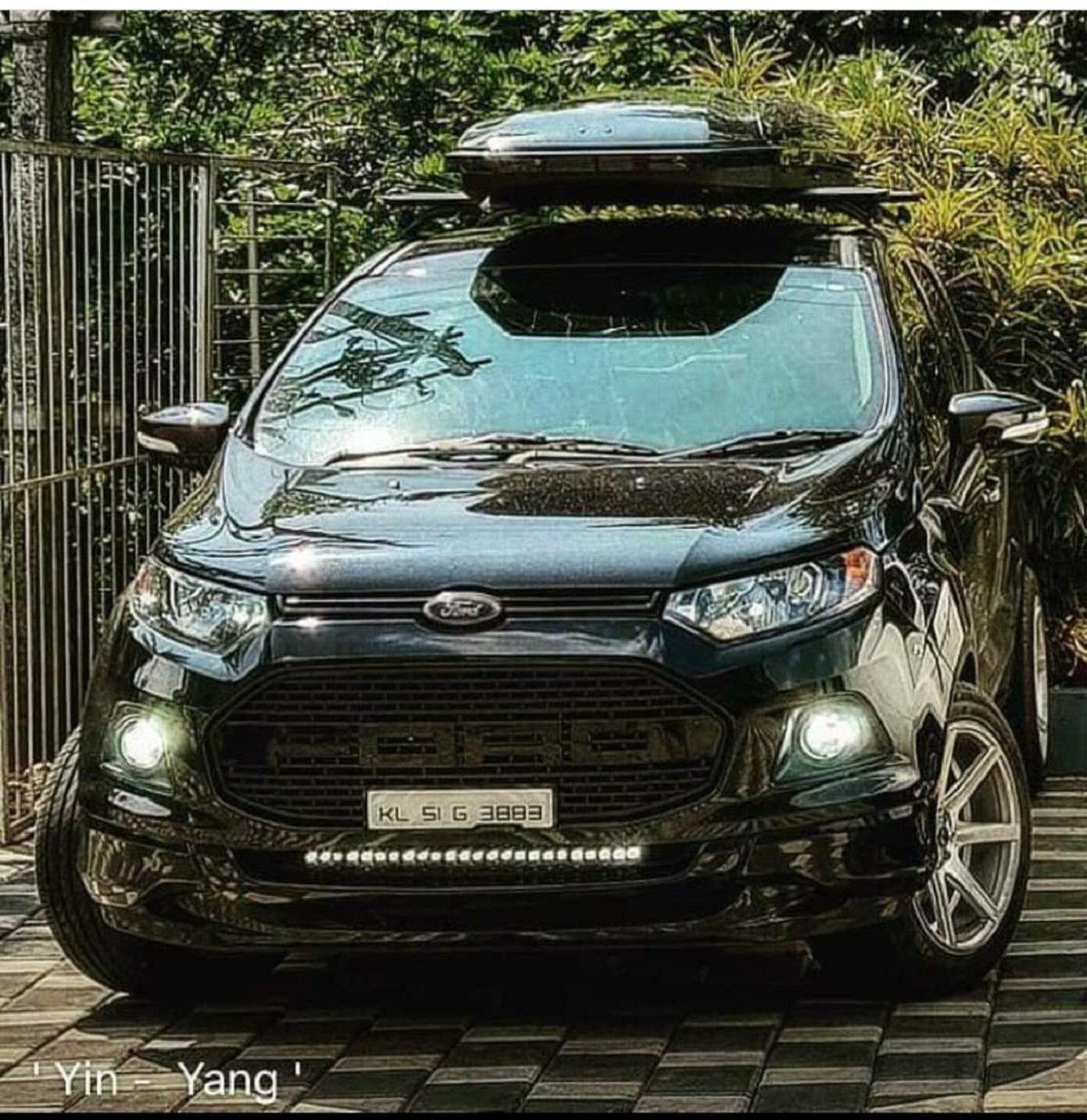 Ford Ecopsort is a good-looking SUV, with all of these mods it does look even better.

A storage-box has been mounted on the roof. To bring the centre of gravity closer to the ground, this modified Ford EcoSport has been lowered using suspension components from Bilstein. A build with sportier suspension is not complete unless it starts sounding good to the ears. Thus, it gets custom stainless steel downpipes, where the manifold is shifted to the underside of the car. However, to aid the intake with an unrestricted flow, the stock air filter has been replaced with K&N's free flow unit. The roof-top storage box gives the car a distinctive appeal.

The power bump with these mods is not yet known. But, since it is the naturally-aspirated petrol variant of the Ecosport, it comes fitted with a 1.5L 4-cylinder motor, which, in its stock form, belts out a peak power output of 110 BHP and a max. torque of 140 Nm.

That is a quick look at the Ford Ecosport modified car in Kerela. For more interesting stories about the Ecosport as well as other models, please visit us at IndianAuto.com.