As the stricter BS-VI standards are going into effect in India in the coming time, two most common ways in which manufacturers can deal the models which do not conform to these standards are to discontinue them and to upgrade their engines. Ford has decided to adopt the second one for one of their best-selling SUVs in India, the Ford EcoSport.

Besides sharing the brand-new 2.0-litre diesel motor which is currently under development by Mahindra, the American carmaker is also expected to put an end to the production of its well-known 1.0 EcoBoost engine, which powers some of the variants of the Ford EcoSport. Currently, this exclusive direct-injection turbo petrol motor is imported, which makes it more expensive than the engines which are made in India with a high level of localization. Due to its high price, despite its popularity with the enthusiasts and impressive performance, the 1.0-litre EcoBoost-powered variant accounts for only 5% of the entire sales number of the compact SUV. The EcoBoost-powered Ford EcoSport will have its engine discontinued once the BS-VI standards take effect.

Instead, Ford will use the all-new 1.2-litre TGDI motor based on the 1.2-litre turbo petrol motor which currently powers the Mahindra XUV300 to power the Ford EcoSport. This is part of the collaboration between Ford and Mahindra which was first announced in 2017 and consists of the co-development of powertrains and car models. This motor can generate a maximum power of 130 HP and a peak torque of 230 Nm, which is 20 HP/40 Nm higher than the current version. The vehicle will soon be powered by the 1.2-litre TGDI motor, a fresh version of the 1.2-litre turbo petrol motor of the Mahindra XUV300.

The 1.2-litre TGDI motor will become the Ford EcoSport engine first before being equipped on a new compact SUV (codenamed as BX744), which is slated for launch in 2021. The latter is expected to feature an upright and bold stance and become a formidable competitor against the Hyundai Venue and the Maruti Vitara Brezza. 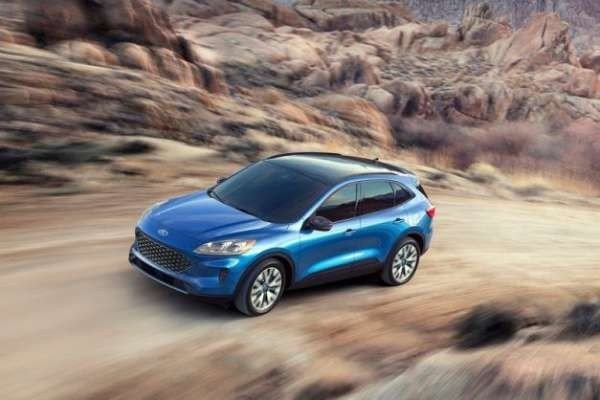 After the Ford EcoSport, the BX744 will be the next compact SUV to be powered by this new engine.

The all-new Turbo GDI motor is also likely to power the next-gen XUV300 as well, besides the regular 1.2-litre MPFI motor. The former is expected to be coupled with a DCT gearbox instead of an AMT gearbox and deliver a much smoother operation.

The new series of BSVI-compliant motors of Mahindra will be launched in the next three months while the introduction of their diesel counterparts will take place in early 2020. Noteworthily, it has been announced by Maruti Suzuki that they will stop manufacturing diesel-powered vehicles once the BS-VI standards come into effect. Nevertheless, they will resume the production of diesel vehicles if the demand for them is sufficient. Other rivals including Hyundai, Tata, Mahindra, Honda and Ford have confirmed that they will continue to offer diesel-powered vehicles in the Indian market.