We’ve seen plenty of extensively modified cars over the years. Some of them are so heavily customised that they’re barely recognisable, while others are purposefully built to look like different cars. Here, we have a Lamborghini Centenario that is secretly a Honda City underneath.

The video above, posted on Magneto 11’s YouTube channel, shows Lamborghini Centenario replica built by ‘V-mod’ and ‘Jaypur Jeep lovers’. In the beginning, we see the Honda City almost completely dismantled on the garage floor. The body panels are all stripped and replaced, by custom ones. The roof of the car is machine off, which we think is quite dangerous. In a car built on a monocoque chassis, the roof is also an integral part of the frame of the car. Deleting it would compromise the structural integrity of the vehicle, thus making it dangerous to drive at high speeds.

The engine of the City is left unchanged, which means it gets its juice from a 1.5-litre i-DSI petrol engine that is known for its refinement and high fuel efficiency. After fitting all the body parts, the car is taken for a brief test ride, and its convertible hard-top is shown off. We can clearly see that when the roof is deployed, it doesn’t firmly attach in place via additional mechanical linkages. That is the only change of which we disapprove. The rest of the car is quite nice. After being painted, bucket seats are installed in the cabin, and the replica Lambo is ready!

There are plenty of differences here that distinguish the replica from the original. Firstly, the headlamps are quadrilateral instead of triangular, and there are no LED DRLs inside. Secondly, the wheels are simply too tiny for the build. The Centenario has 20-inch alloys at the front and 21-inchers at the rear. Lastly, the real one has its rear end almost completely dominated by a massive diffuser. The replica model gets a proper bumper with diffuser fins attached. 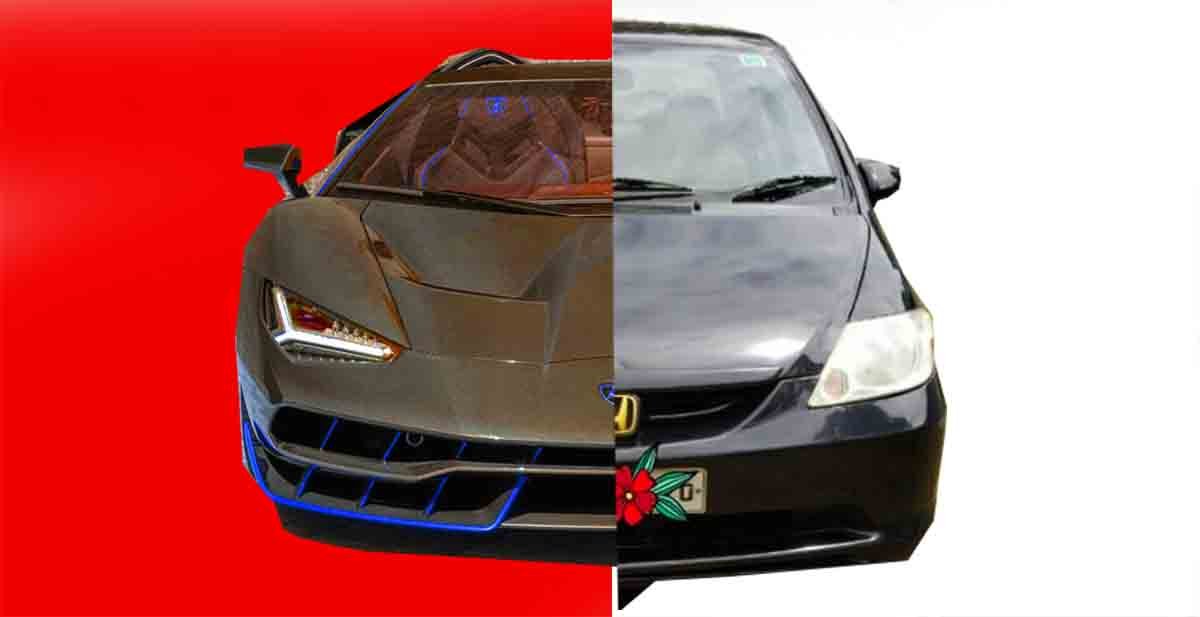 One interesting detail to note here is that Lamborghini always provides a glass cover over the engine, which is rear-mounted, so everyone can see the heart of the raging bull. As Honda City is a front-engine car, there is no use for a rear glass cover, but one has still been installed in this build. Overall, we’d say that this replica Lamborghini is one of the most interesting builds we’ve ever seen.