Check out the discounts and deals on Mahindra cars, like XUV300, XUV500, Scorpio, etc, available during August 2020.

During the days when automakers are making great attempts to revive the buyers’ sentiments and lure in more customers towards their showrooms, the domestic-grown manufacturer, Mahindra & Mahindra can’t stand outside the game. It is quite a positive signal that, after the zero unit sales reported in India in April 2020, the sales of the auto companies like Mahindra have started picking up in the months of May. June and July. To keep this good momentum, Mahindra is offering some great discounts on their products during this month. From the KUV100 to the Alturas G4, here’s the list of Mahindra car offers and discounts for August 2020. 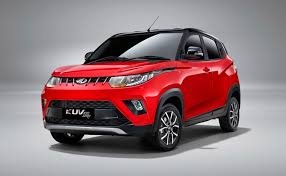 First thing first, let’s talk about the most affordable model in Mahindra’s vehicle lineup, the KUV100. The Mahindra KUV100 has been launched in India for quite a time now and it is the first car in the list of best Mahindra August 2020 car offers. Even though there’s no official discount on the Mahindra KUV100 but some select dealerships are offering discounts worth up to Rs 25,000 on some variants of the model.

Unlike the KUV100, the Mahindra XUV300 is being sold in quite a good number in the Indian market. Based on the SsangYong Tivoli, the Mahindra XUV300 is a popular sub-four-metre SUV that has been recently recognized as the safest car in India. The SUV goes on to compete with the likes of Maruti Vitara Brezza, Tata Nexon, Ford Ecosport and Hyundai Venue. For the month of August 2020, the XUV300 is available with an exchange bonus of Rs 25,000 and a corporate discount of Rs 4,500, which are offered for all trims and variants of the model. The company has even cut the prices of the XUV300 by up to Rs 90,000 just a while back, thereby making the SUV a good value-for-money option in its space.

The BS6 version of Mahindra Scorpio just went on sale in the market some months ago and for the month of August 2020, the Scorpio is on offer with some great discounts and benefits on many of its variants. While the S5 variant of the Scorpio is packed with a cash discount of Rs 20,000, an exchange bonus of Rs 25,000 together with an accessories package of Rs 10,000, not to mention a corporate discount of Rs 5,000. Whereas, the S7, S9, S11 variants are on sale with the same amount for the exchange bonus and corporate discount.

The next car in the list of Mahindra car offers August 2020 is the Mahindra XUV500 which has just received a BS6 update a few months back like the Scorpio. The next-gen Mahindra XUV500 will be launched in India next year and spy shots of the XUV500 have emerged around the Internet multiple times. Mahindra & Mahindra is known for making some of the toughest and most rugged utility vehicles in India. Due to the sales slump in the Indian auto industry, the Indian manufacturer is having trouble selling its vehicles. This was only exemplified by the nationwide lockdown due to the pandemic. To attract customers once again to its vehicles, Mahindra is offering great deals and discounts on its entire line-up.

Here, we shall list all the available offers on all Mahindra cars for June 2020. Mahindra KUV100 is currently the smallest SUV offering in Mahindra’s line-up, but that doesn’t mean it isn’t impressive. The car’s smartly proportioned dimensions can easily seat five, or even six, passengers comfortably. The KUV is being offered with a cash discount of Rs. 17,000 on the ‘K2’ trim, while the ‘K4’has a higher discount of Rs. 23,000. On higher trims, i.e. K6 and K8, buyers can avail a discount of Rs. 38,000. There is an exchange bonus of Rs. 29,000 also available, which gets added on to the value of the car you bring in for exchange. Mahindra Scorpio is the most popular SUV in India of all time. First launched in 2002, the Scorpio has recently lost customers’ interest. Mahindra will be launching the next-gen model in the market soon, which will help reinvigorate consumer interest in the SUV. On the S5 variant, you can get a discount worth Rs. 30,000. There is also an exchange bonus on all trims worth Rs. 30,000. Mahindra’s first monocoque SUV was one of the most impressive ones to ever be sold in the Indian car market. Its cheetah-inspired exterior design manages to impress even today, although it is due for an update soon. The XUV500 is available with an exchange bonus of Rs. 40,000, but no cash discount. Mahindra Alturas is the carmaker’s flagship in the Indian market. Based on the current generation SsangYong Rexton, the Alturas is known for both its luxury as well as its ruggedness. Mahindra is offering perks worth a total of Rs. 3 lakh worth on the SUV, including cash discounts, exchange bonus, and free maintenance packages.