Tata Altroz comes with a ground clearance of 165 mm only. Is it adequate for our Indian road conditions with 5 occupants inside the cabin? Read here to find the answer.

Tata Altroz is one of the best-selling cars in the portfolio of the indigenous carmaker. Designed on the baselines of Impact 2.0 design philosophy, Altroz gets a hunkered-down stance and does look gorgeous. It is also appreciated for the 5-start crash test rating, which it received at the G-NCAP’s testbed. However, the Altroz misses out on the ground clearance that once used to be the big USP of Tata cars. To talk of the numbers, it sits 165 mm above the ground when there’s no occupant in the car. With occupants in place, the suspension sags with their weight and the ground clearance reduce furthermore. But, does is this a deal-breaker? To answer this question, here’s a video that showcases Tata Altroz’s ground clearance with 5 occupants in place.

This video was uploaded by Nitin Rawat on his YouTube channel. It can be seen in the video that host asks 4 of his friends/relatives to sit in his Altroz, while he takes the driver seat as the 5th occupant. Then he drives the car over a bad patch of road to give an idea of the Altroz’s ground clearance. He does so in slow speeds, fast speeds, and in forward & reverse direction. The Altroz gets over the unpaved patch with pretty ease without scraping its belly even once. It should be noted; the patch this video is shot on is an un-metaled portion of the road and is full of soft mud. Despite that, the Altroz could cross the patch without much of a hassle. 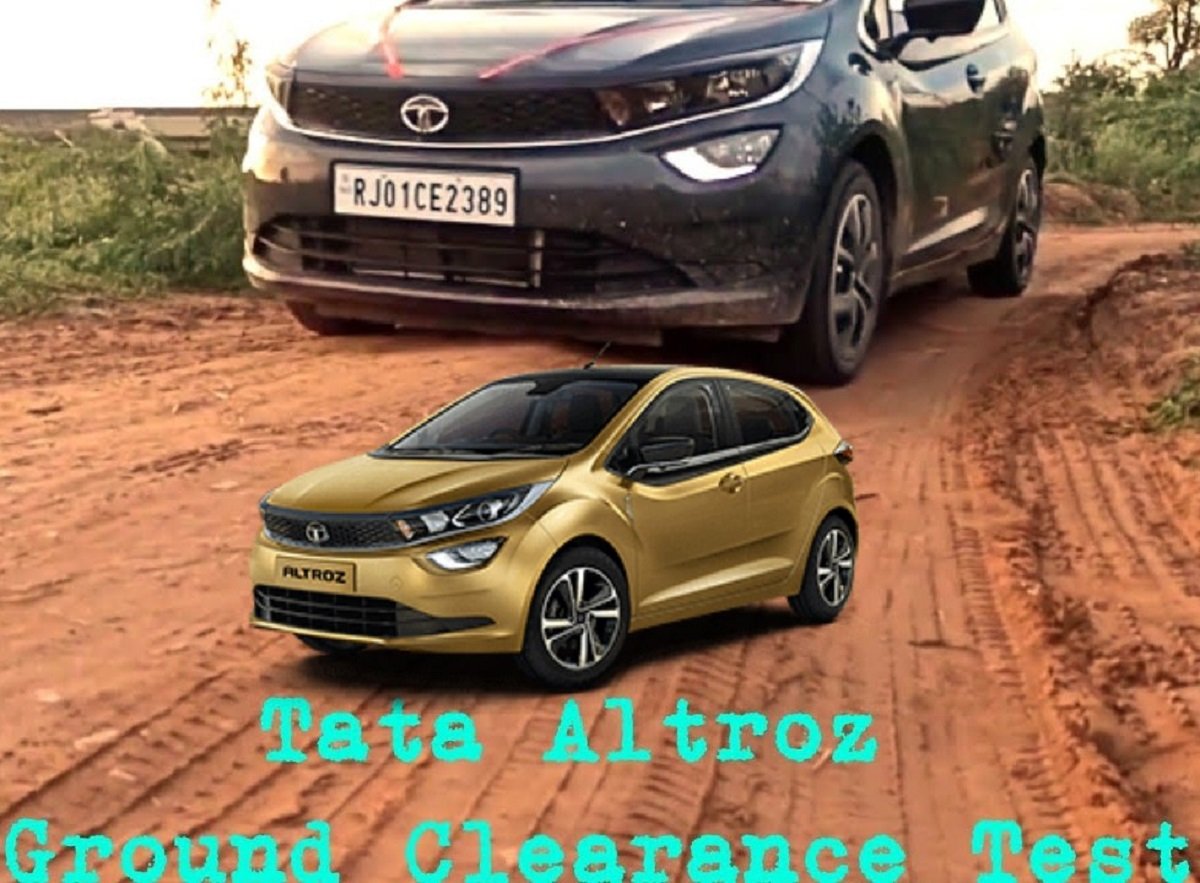 Powering the Altroz is a set of petrol and diesel engine options. The petrol is a 3-pot naturally-aspirated unit that develops 86 PS of peak power and 113 Nm of max torque. The diesel, however, is a 4-cylinder turbocharged engine. It puts out a rated power and torque output of 90 PS and 200 Nm, respectively. The Altroz is currently available with a 5-speed manual gearbox only, but a dual-clutch automatic is expected to be introduced soon. Also, Tata Motors is developing a turbo-petrol version of the Altroz, which is expected to get the same engine as the Nexon. With this motor under the hood, Altroz is likely to boast a power output of 120 PS and torque output of 170 Nm.