What if This Tata Nano Electric Concept is Pushed to Production?

Here are a few images of the digitally designed Tata Nano EV made by Vishal Verma, who is an industrial designer graduated from the Nation Institution of design.

Many of you may know about the Tata Nano as it was India’s first most affordable passenger car. The carmaker discontinued the hatchback in the Indian market last year because of its poor sales performance, but the car was a big hit in its initial days. Right now, Tata Motors has no plans to re-launch the affordable hatchback in the Indian market, but recently we’ve got our hands on the digitally designed Nano made by Vishal Verma, who is an industrial designer who graduated from the Nation Institution of design. 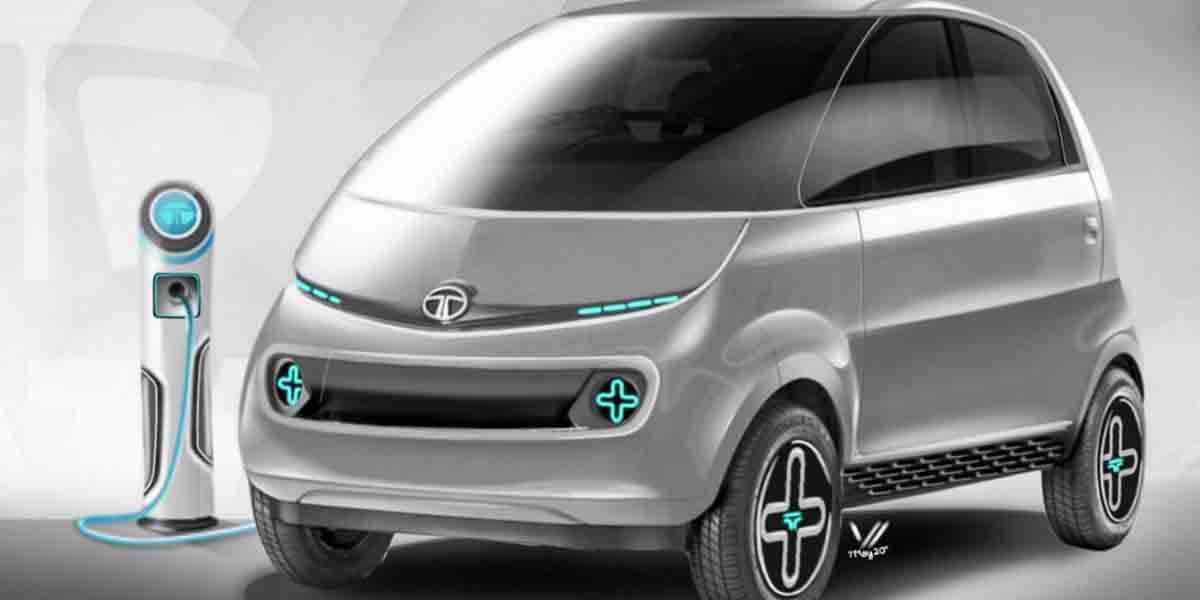 Vishal has reimaged Nano as EV that in future can become the most affordable electric car and can establish itself as a pocket-friendly EV. Since his childhood days, he tends to feel that there of three things, which will help the Indian automobile industry to move forward for the next few decades namely- electrification, connectivity and autonomous driving technology.

He also says that the Tata Nano was the first car he ever designed before becoming an industrial designer. Verma has even worked with Volvo Eicher Commercial Vehicles, Indore for his last project. Vishal personally feels that Nano is a spacious vehicle and the shade of its body shell can make it a real good EV. Talking about the digitally designed Nano EV made by Vishal, the hatchback gets the same body shell and looks, he has given a futuristic look to the car by the adding a few modern bits like LED headlamps and fog lamps for better illumination, along with a mono glass windshield. The designer has also tried to give some modern touches to the cabin of the car like the addition of fully digital instrument cluster, 360-degree rotating seats, touchscreen navigation, mood lighting, 5G connectivity, mood lighting and so on. Other than this, the car also gets some advanced features like autonomous driving technology and deck charging. Vishal has not yet decided whether the car will retain its rear-wheel-drive layout or he’ll move forward with a front-wheel-drive system because he has decided to put the electric motor at the back. Moreover, he doesn’t want to put a lot of features inside the Nano EV as it will hike up the selling price of the car. In a nutshell, this Nano EV looks very futuristic and can be seriously considered by Tata Motors.