Check out this Tata Tiago JTP, which has been digitally modified into a soft-top convertible hatchback.

The Tiago JTP was Tata’s attempt at a low budget performance small car, and it was quite a brilliant one too! Sadly, the car wasn’t popular with the masses, who prefer fuel efficiency over performance. As such, the JTP division was shut earlier this year. That said, the car did manage to gain a small cult following. Here, we have a digitally modified version of the Tata Tiago JTP, which has been turned into a roadster. 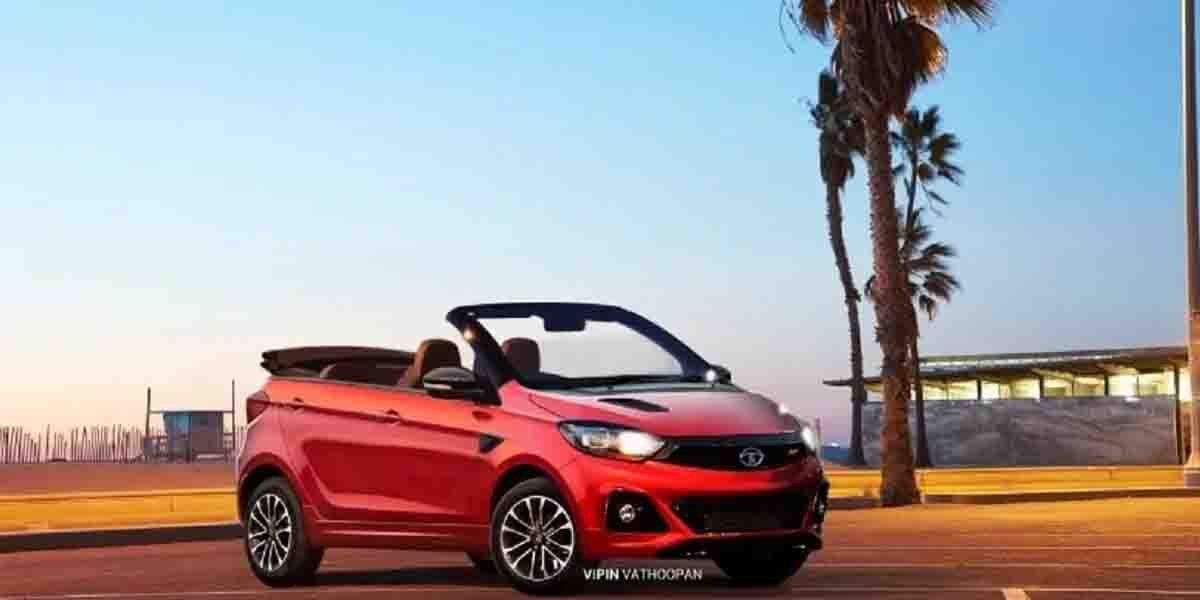 The picture seen above has been rendered by Vipin Vithoopan of Cartoq fame. Here, we see that the Tiago JTP has been given a Mini Cooper convertible treatment. The hardtop roof has been deleted, along with the B- and C-pillars. What we see instead is a folding soft top, which isn’t completely tucked and hidden when not deployed, in the same manner as the aforementioned Mini. Other than that, there are a few visual changes as well. The A-Pillar as been blacked-out and the front bumper has been slightly redesigned. There’s a larger air dam, along with a new, updated front grille. Other than that, there are no changes to the look of the car.

The Tata Tiago JTP was powered by a 1.2-litre, turbocharged, 3-cylinder, petrol engine. It was the same engine as the BS-IV Tata Nexon (pre-facelift), but retuned slightly by the team at Jayem Tata Performance, allowing it to produce slightly more power. This motor could generate a maximum of 114 PS and 150 Nm. The power was sent to the front wheels via a 5-speed manual transmission. The same engine and drivetrain setup was also used on the Tata Tigor JTP.

Although the JTP division of Tata Motors has been shut down, a new hatchback is expected to sport the same turbo-petrol engine – the Altroz. Currently, the Altroz is available with a 1.2-litre, naturally aspirated petrol motor, and a 1.5-litre, turbocharged diesel mill. With the addition of a 1.2-litre turbo-petrol, Tata Altroz would become the most powerful car in its segment, even more than the upcoming Hyundai i20 Turbo (next-generation model). New media reports also suggest that Tata will be providing a dual-clutch automatic transmission with the new powertrain.