What Are The Parking Charges At Delhi Airport? Updated Price

Planning to drop and pick up any of your friends or someone from the family, and might have to park the vehicle and wait. Here's your answer for Delhi airport parking charges at all 3 of its terminal.
Table of Contents
Table of Contents

Indira Gandhi International Airport is what Delhi airport is known as since it is named after the first woman prime minister of the country. Spread across an area of over 5000 acres, it is the biggest airport of India. It is also the busiest aviation hub of the country in terms of passenger traffic. Being 12th busiest airport in the world and 6th busiest airport in the continent, Indira Gandhi International Airport handles more than 70 million passengers every day. The airport is located 16kms from the city’s centre in Palam. It is 16kms away from the New Delhi railway station, but the airport is well connected with metro Delhi Metro through a dedicated metro line. However, a large number of passengers that access the airport do so by their cars and to accommodate those cars, Delhi airport has abundant parking space comprising of multi-level parking architecture. As the airport has three terminals in total, there are different parking premises at every terminal. That said, finding space to park your vehicle is not a tough job, but one needs to pay a toll for using the parking space. What are the parking chargest at Delhi Airport? We tell.

Delhi airport offers ample parking space for the cars at all 3 of its terminal; however, passengers travelling from terminal 3 can opt for either valet parking or park n fly facility. This facility is not available at terminal 1 and terminal 2, but one can park at the long parking zone of terminal 3 and take their flight from other terminals. The car parking charges at Delhi Airport are same at every parking space across all of its 3 terminals. For the initial 30 mins, the parking charges are Rupees 100, for a duration of 1 hour, Rupees 150 is charged, and if the car is parked for 2 hours, Rupees 230 is charged. However, using the parking for up to 4 hours, a sum of Rupees 400 is charged, and for any duration more than that and up to 24 hours, Rupees 500 is charged, which is the same if anyone loses the ticket.

The Valet parking option available at terminal 3 is available at a cost of Rupees 350 for every two hours. However, if anyone wishes to choose the park n fly option then they would need to pay Rupees 475 per day.

Facts About Car Parking In Tirumala No One Will Tell you 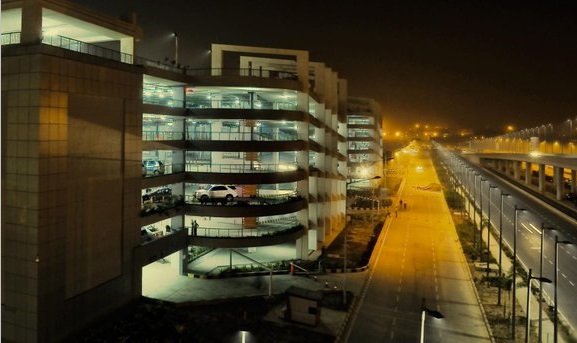 Delhi airport offers parking space of two-wheelers also, but the twist in the tale is that it is only available on terminal 1 and 2. Also, 2-wheelers are not allowed to enter the terminals, they need to be parked at the parking only. The 2-wheeler parking charges at Delhi airport are not that high, so the parking space is affordable to use. For initial 30 mins, Rupees 20 is charged, and for up to 2 hours Rupees 40 is charged. However, for more than 2 hours of stay, Rupees 20 will be charged for every subsequent hour up to 4 hours. As for using the parking space for more than 4 hours, a total of Rupees 300 will be charged, which is will equal to the parking charge of using the space for 24 hours. Losing the ticket would also set one back by Rupees 300. The tale of omitting out one thing or another is continued here with the coaches as well as terminal 2 misses out on parking for buses and coaches. However, the parking charges at Delhi airport coaches are different at terminal 1 and 3. Terminal 1 offers parking for buses and coaches at Rupees 170 for the first 30 minutes, while Rupees 400 is what one needs to pay for using the parking space for a duration up to 2 hours. However, parking any more than a duration of 2 hours an additional sum of Rupees 200 will be charged for every subsequent hour for up to 8 hours. For a parking a vehicle for more than 8 hours or up to 24 hours, Rupees 1970 will be charged.

Parking at Delhi airport is often considered as expensive, so it is better to pick or drop the passengers by running through the terminal, as vehicles are allowed to stay at the terminal for 5 minutes to either pick or drop the passengers. Since the airport is well connected through public transport like Delhi Transport Corporation buses or the dedicated Airport Line of Delhi Metro Rail Corporation; opting out to personally dropping the passengers makes it a better choice.

Above is the detailed information about Delhi airport parking charges. Also check our list of car parks available at different crowd-pulling locations in India.