The India-bound 5-door Suzuki Jimny is expected to hit the India shores by next year. The car will derive power from the same unit which propels the Brezza, Ciaz and Ertiga.

Maruti Suzuki displayed the three-door Jimny Sierra at the 2020 Auto Expo. The carmaker showcased the SUV at the expo to measure buyer interest for the car. For our markets, Suzuki will offer a 5-door version of the SUV. The car manufacturer will have to extend the wheelbase of the car to add two extra doors. We have already showed you what the 5-door version of the SUV could look like but today, we have some more renderings of the upcoming vehicle. As you can see in the images below, the digitally created model looks more robust than the 3-door version showed at the Expo. 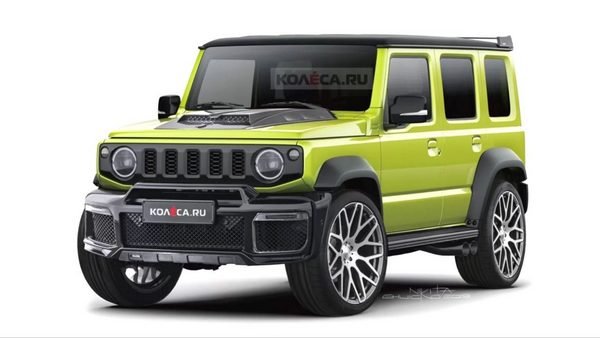 Today we have some new renderings of the upcoming SUV, which features sporty and robust design language

Upfront, it gets a new looking bumper and LED headlights with circular LED DRLs. Moreover, the turn indicators are placed on the wing mirrors. The most significant change is the unavailability of the spare wheel on the tailgate. Apart from these changes, the rendered SUV employs mods like a hood scoop, large alloy wheels wrapped with low profile tyres and a sporty looking rear spoiler. Nevertheless, we expect that the carmaker will not add these mods in the India-spec model. Globally, Suzuki Jimny Sierra is offered with a 1.5-litre, four-pot, petrol mill that produces 105 PS of peak power and 138 Nm of twisting force. 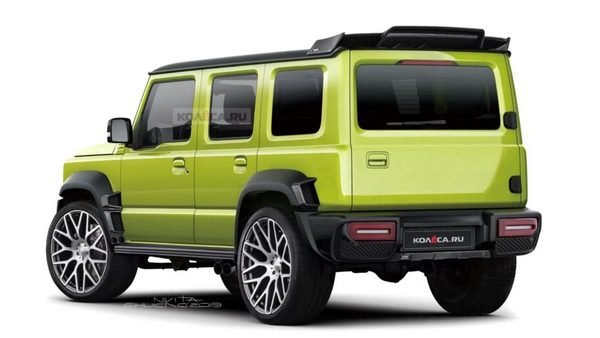 . Nevertheless, we expect that the carmaker will not add these mods in the India-spec model

The same powertrain option is offered with the 2020 Brezza, Ertiga, Ciaz, XL6 and the upcoming 2020 S-Cross. For the Indian market, we expect the carmaker to rename the Jimny as Gypsy to pay respect to the iconic off-roader, which got discontinued from our markets recently. One can expect the carmaker to launch the Jimny into the Indian market by next year. Once launched, it’ll compete with the likes of Force Gurkha and upcoming new-gen Mahindra Thar. The all-new SUV will be retailed at a starting price of Rs 10 lakh.