Before new Toyota Fortuner hits the Indian market, the pre-facelift version has received a price hike of Rs 48,000 across the range. Check out our report for more details.

While the updated Toyota Fortuner has already hit the Thai car market, Toyota Kirloskar Motor has raised the prices of the pre-facelift model that is on sale in the country. The popular SUV is now costlier by almost Rs 50,000. 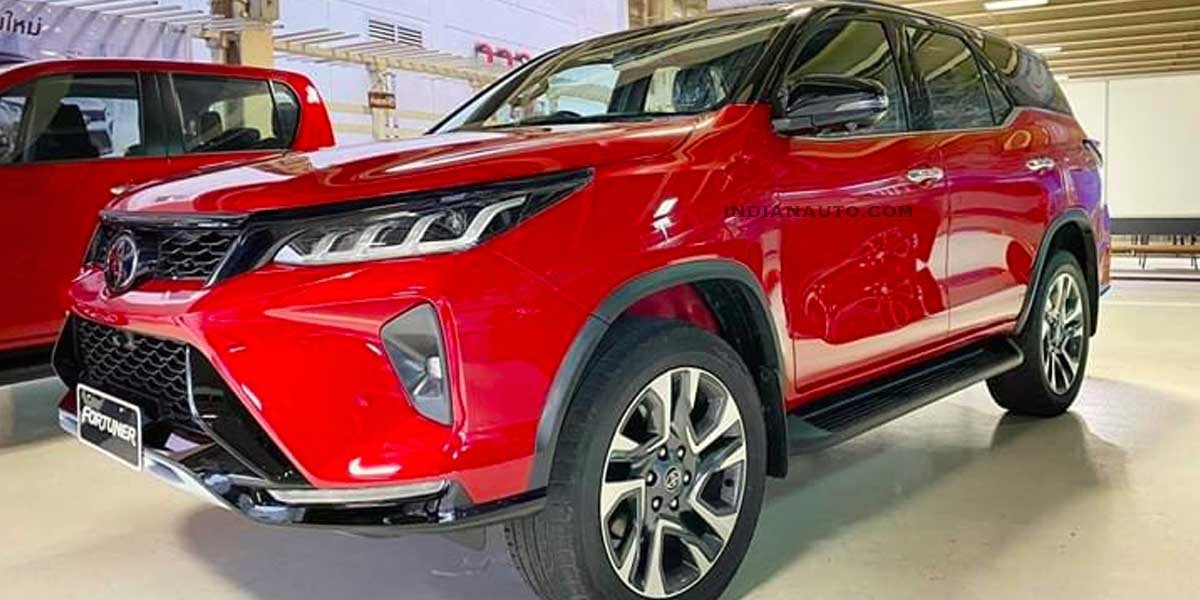 New Toyota Fortuner has been launched in Thailand, where it's available in Standard adn Legender (above) variants

In the BSVI form, the Toyota Fortuner keeps the old 2.7-litre petrol engine and the 2.8-litre diesel engine, albeit, in updated versions to meet the new standards. Even with the adoption of the new BSVI updates, the power outputs of these engines remain unchanged. The petrol engine is capable of making a maximum power of 166 PS and 245 Nm of peak torque. This engine is available with two choices of transmissions, a 5-speed manual and a 6-speed automatic gearbox. On the other hand, the 2.8-litre diesel engine is powerful enough to churn out 177 PS of top power. However, the torque figure of the diesel engine depends on the gearbox choice. If the diesel engine is mated to the manual transmission, the maximum torque is rated at 420 Nm. For the automatic version, the peak torque stands at 450 Nm. BSVI Toyota Fortuner is now available at a higher price

The recently revealed Toyota Fortuner facelift sports a host of minor cosmetic updates that make it look bolder and more aggressive, especially due to a revised front-end with sharper headlights as well as thinner grille on the Legender variant. At the rear end, the new SUV gets an updated bumper, while the side profile gets new mag wheels. The interior gets a handful of new features, including a new infotainment unit with Apple CarPlay and Android Auto compatibility and comprehensive safety suite.

The Toyota Fortuner facelift is expected to be launched in India by the end of this year. The new ersion is likely to cost considerably more than the current model.