In 2019, Hyundai will roll off three new SUVs that are Styx, Kona and facelift Tucson. What will Hyundai offer on these three new cars? Let's find out below.

In 2019, Hyundai will have a massive attack on the segment of SUVs. The second leading automobile car manufacturers will extend their influence in the SUV market with the introduction of three big boys. Even though Hyundai has already had its feat with the Hyundai Creta, with the increasing demand for SUVs, the South Korean carmaker will not miss a chance to grasp another bite on their stronghold segment. So, here we are, welcoming three more SUVs from Hyundai, which are Styx, Kona and Tucson.

Out of the three models, Hyundai Styx will be not only the first to embark on India market but also the most talked-about model. Previously known under the codename QXi, the Styx will be fully revealed in mid-2019.

Hyundai Styx will enter the full-size SUV segment and compete with the likes of Maruti Suzuki Vitara Brezza, Ford EcoSport, Mahindra XUV300 and as well as Tata Nexon. The Styx is developed from the Carlio concept, meaning it will inherit the style of the Carlio concept.

On the mechanical front, the Styx will share the platform with Hyundai Santro which is recently nominated for the World Urban Car 2019. It will come with three engine options, namely the 1.4-litre petrol unit, 1.4-litre diesel engine and 1.0-litre 3-cylinder turbocharged petrol. These engines, respectively, could develop 99 Bhp, 89bhp and 100 Bhp. Hyundai Styx will come in mid-2019 with three engine options

Hyundai Kona will be imported through the CKD route. The localization of this vehicle will be developed in the following stage. At the moment, it is reported that this electric vehicle will come with two battery options, including a 39.2kWh pack and a 64kWh pack. The former unit could contribute the range of around 310km while the latter is capable of 480km.

Also read: Hyundai Kona EV: What to Expect from this New Electric Vehicle? The Hyundai Tucson is not a new face in the segment. In fact, Hyundai has introduced this SUV back in 2016. Even though having great popularity in the international market, in India, the Tucson remains mostly unheard-of despite the decent offer it brings.

Despite the low sales volume, Hyundai decided not to give up on their favourite SUV. In 2019, the India-bound Tucson will be given a facelift to enhance their competitiveness in the SUV space.

It is expected that the exterior of the new Tucson will be decked out with new sharper grille, full-LED headlights, the revised fog lamp housing and new alloys. Inside the facelift Tucson, there í going to be new equipment including autonomous emergency braking, lane keeping assist, adaptive cruise control and a 360-degree camera, and most notably, a new large 8.0-inch touchscreen.

Despite the thorough exterior in interior updates, the power setting will stay mostly unchanged. It will continue with the current options of a 2.0-litre diesel and 2.0-litre petrol. Both of which could churn out 185PS and 155PS. 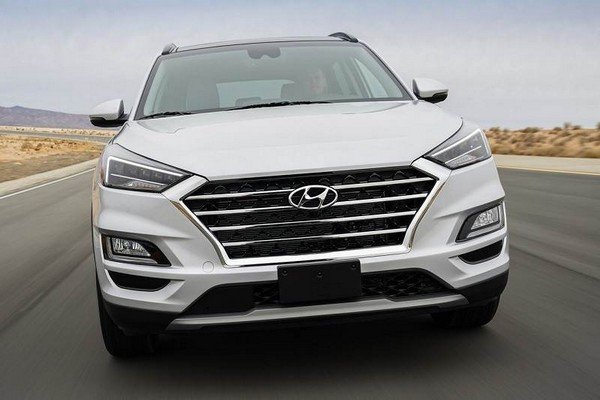 Hyundai Tucson will receive its facelift in 2019