The new Ford Figo and Aspire are reported to be launched in Brazil by 2021; however, it is unknown whether these two models will be introduced in India.

The Ford Figo and Aspire have been two of the most popular vehicles from the American auto manufacturer in India. Both of them are also on sale in quite a few other markets including Brazil. It has been reported that the company is developing the new-gen Ka and Ka Sedan for the Brazil auto market, which are sold as the Figo and Aspire in India. These two new vehicles are scheduled to be launched in Brazil by 2021.

The new-gen Aspire and Figo are expected to be underpinned by Ford’s B-platform, which will also support the next-gen Ford EcoSport. The new Figo will measure greater in dimensions and perhaps substitute the Fiesta in the global market. The new Aspire will also increase in proportions and serve as the replacement for the Fiesta sedan. 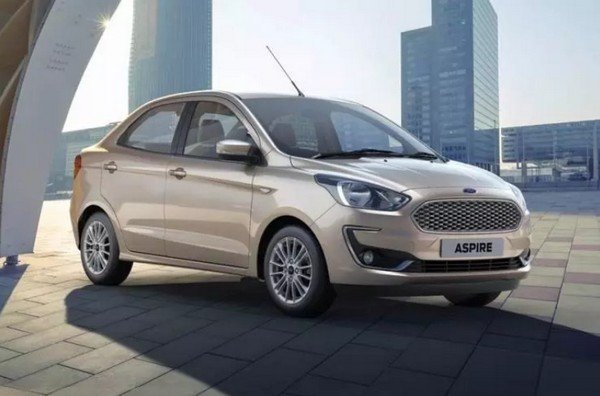 The Ford Aspire got a considerable update this year.

Nevertheless, whether these two vehicles will be launched in India remains unknown. The Ford Aspire was updated last year while the Figo facelift was launched earlier this year. Moreover, if this does become a reality, the dimensions of the Aspire will not witness any growth with a view to enjoying the sub-4-metre tax benefits. Actually, the India-bound Aspire measures less in dimensions in comparison with the international-spec one. The Ford Figo facelift was launched earlier this year.

As regards the Ford Aspire which is currently on sale in India, it is the most powerful compact sedan in India. It receives power from a 1.5-litre 3-cyl Dragon gasoline burner, which can generate a maximum power of 121 BHP and a peak torque of 150 Nm, which helps it become the most powerful vehicle in the segment. This is mated to a 6-speed torque converter. The sedan is also powered by a 1.2-litre 3-cyl Dragon petrol motor which can deliver 95 BHP against 120 Nm and is coupled with a 5-speed MT unit. The last engine option of the car is a 1.5-litre TDCI oil burner which can churn out 98.6 BHP against 215 Nm and is paired with a 5-speed manual transmission. Being a stylish hatchback, the India-bound Ford Figo shares the powertrain and the transmission options with the Ford Aspire.