7 0
The all-new Honda Amaze topped on the sale chart in January 2019, becoming the fastest-selling Honda sedan in India.

The second-generation Honda Amaze made its arrival in the Indian space last year at a price starting from Rs 5.60 Lakh. The Maruti Suzuki Dzire’s adversary then quickly earned the popularity, marking itself a chart-topping model in the country. In January 2019, the new Honda Amaze achieved 7,981 units sold in India which grew by 181% from 2,836 units in the same period of 2018. The car hence recorded the highest year-on-year growth rate as compared to any car in the segment. Priced from Rs 5.60 Lakh (ex-showroom, Delhi), the sub-4-metre Honda sedan is the class-leading affordable vehicle that is available with Continuous Variable Transmission (CVT) for the diesel burner unit. Powering the all-new Amaze is 1.2-litre petrol and 1.5-litre diesel engine options. The gasoline variant can release 89 bhp of max power and 110 Nm of peak torque while the oil burner is capable of producing the power output of 99 bhp and 200 Nm torque units. Both two engines come mated to a CVT automatic transmission as an option which delivers a smoother driving performance than the conventional AMT unit available in its Maruti Dzire counterpart. The Honda Amaze petrol offers the fuel efficiency of 19 kmpl while the diesel version returns 27.4 kmpl of mileage. 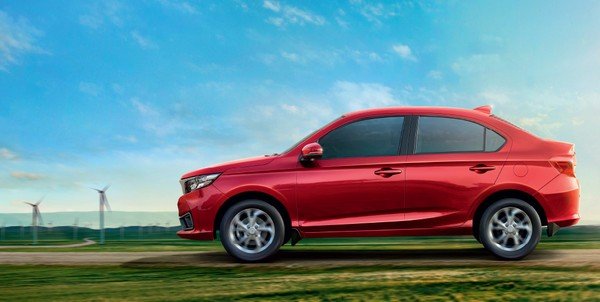 Honda excellently sold 7,981 units of the Amaze merely in January 2019

Unveiled at the 2018 Auto Expo, the new-gen Amaze gets a bold, aggressive look with the adoption of a brand new design language. Combined with its sharper and sportier design, the new saloon is equipped with a more versatile and innovative cabin than its predecessor. Its interior highlights include a 7.0-inch infotainment touchscreen supported by Apple CarPlay and Android Auto, reversing camera, cruise control and paddle-shifters for the CVT variant. Standard safety features standing out in the car encompass dual airbags, ABS with EBD, ISOFIX child seat anchorage and more.

The 2018 Honda Amaze is available with the best-in-segment three-year warranty covering unlimited kilometres that contributes much to the car’s attractiveness accordingly. Along with the Amaze, Honda Cars India offers some vehicles like the Honda Jazz, Honda City, the WR-V, BR-V that are developed in India. The next-gen Honda Civic is also on the cards to come next month.

Top 10 The Most Searched Cars On Google India In 2018: Honda Amaze Takes The First Place