Fresh off the heels of its India-specific Taigun SUV reveal at the Auto Expo, VW India has launched the much-awaited Tiguan Allspace. The Allspace will enter India via the CBU route, with a starting price of Rs 33.12 lakh (ex-showroom, Delhi) and just one variant on offer. While the standard Tiguan gets a 5-seater configuration, the new Tiguan Allspace is its extended version and has been developed to accommodate 7-passengers at once.

Compared to the regular model, the Tiguan Allspace measures 215 mm longer in length and as a result, gets a 110 mm longer wheelbase. Even space inside has been optimised to suit the larger shell, while luggage space now measures 340 litres and the option to increase that number to 1,274 litres by folding all three rows down. Developed for countries that have an extra need for space from regular models, the Tiguan Allspace follows the same philosophy that its sister-concern Audi does for its ‘L’ based versions.

As mentioned previously, the Tiguan Allspace will be offered with just one variant and that will naturally be its top-of-the-line guise. Outside, features include all-LED lighting front to back, 18-inch alloy wheels and a panoramic sunroof. However, the real party takes place inside. The niceties over here include keyless entry and drive, full-digital instrument console, three-zone climate control, park assist, heated front seats, electric driver’s seat and power-adjustable ORVMs with memory function. 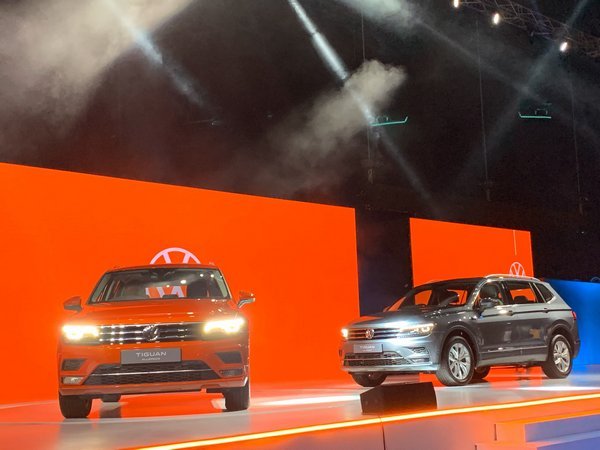 Compared to the regular model, the Tiguan Allspace measures 215 mm longer in length and as a result, gets a 110 mm longer wheelbase

In India, given its price and purpose, the Tiguan Allspace will go up against the likes of the oh-so-popular Toyota Fortuner, sister-model Skoda Kodiaq, the Honda CR-V and the newly-revealed BS-VI Ford Endeavour. The VW Tiguan Allspace gets the same 2.0-litre turbo-petrol engine as the regular model and also features VW’s 4-Motion all-wheel-drive system. Sending power to all four corners will be the responsibility of VW’s coveted 7-speed DSG gearbox. The engine, on the other hand, churns out 190 PS of peak power and 320 Nm of torque.