10 Cheapest Supercars You Can Own

Owning a supercar is a dream for everyone and it is not like buying your favourite mainstream car which fits in your budget easily. If you’re the one who dreams to buy a supercar for yourself, you must have deep pockets so that all the list of exotic supercars will fall upon your budget.

Most people think supercars are the most beautifully designed car in the world and yes they are. Supercars are the pinnacle of art carrying a beautiful aerodynamic design that splits the air drag while passing through the triple-digit speeds. The reason they look utterly stylish is that they are not made to hit the roads like any normal production cars but made to run on the racetracks. Supercars are generally powered by a V type engine or W type with superchargers and turbochargers that enhances the speed of the car furthermore.

It doesn’t mean that they are only made for style or performance but they are also one of the safest cars in which all the supercar manufacturers provide a high level of safety inside their flagship machines. They are mostly made of aluminium or carbon fibre frame which offers great strength with less weight and mostly of monocoque body structure that absorbs the impact and spreads out all over the edges of the frame. And for these, of course, as I said earlier, these cars will cost you an arm and a leg.

Not all the supercars will burn your hard earned money and there are some cars that are exceptionally priced less while compared to a Bugatti or a Ferrari. Here are some of the cheapest supercars to find out which one might fit your tight pocket. 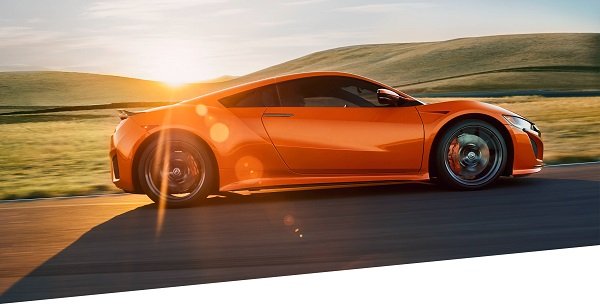 Acura is a performance carmaker spread their wings from the Japanese automaker, Honda. When it was released in the early ’90s, the NSX was one of the finest and best handling cars out there. Acura had burned much to invest in the NSX project and incredibly, that it had driving legend Ayrton Senna to help achieve their dream.

However, with the fast pace of the super vehicle segment, after some years, the Acura NSX became an unknown model in the market. Acura seems not to forget the heyday of the NSX so now in 2019, the brand has redesigned its model to meet today’s needs.

After almost two decades, all new NSX has made quite a big comeback. Better than ever, the new Acura NSX now employs a 3.5-litre V6 engine that develops the maximum power of 573 HP and there are three additional electric motors which help to add an increased output. The engine is mated to a 9-speed dual-clutch automatic transmission that transfers the power generated in the engine to the wheels. Torque-vector steering and a mid-mounted engine are the best elements in the Acura NSX and the supercar is priced under $158,000 (around Rs 1.09 Crore). Nobody needs an introduction about the Volkswagen owned luxury and performance carmaker Audi thanks to a wide range of finest and most expensive cars in the market. The Audi R8 mostly seen in Hollywood movies like Transformers and Avengers is the flagship offering from the legendary brand and it is not overly priced as their other luxury products.

The Audi R8 is powered by a 5.2-litre V10 engine that produces over 530 horsepower and comes mated to a 7-speed DCT automatic unit. The car also gets paddle shifters and all-wheel drive which means the performance speaks more than what the specifications are given on paper. 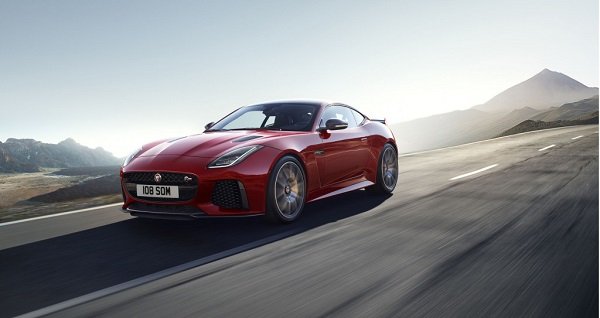 Jaguar cars are mostly known for their grand luxury models with elegant design and ample performance than the other luxury car makers. To come up with the negativity, the British luxury car maker has the finest offering under their lineup and it is called the Jaguar F-Type.

The F-Type is a complete combination of elegant design, luxury and performance came all together in a single machine. The sports offering from the Jaguar is powered by a 5.0-litre supercharged V8 engine that makes more than 575 HP of maximum power. The car also comes with torque-vector steering, an electronic differential for improved traction and does a 0-60 within 3.5 seconds which is comparably fast enough in line with the other supercars out there. The F-type SVR is priced at $123,600 (Rs 85.5 Lakh). 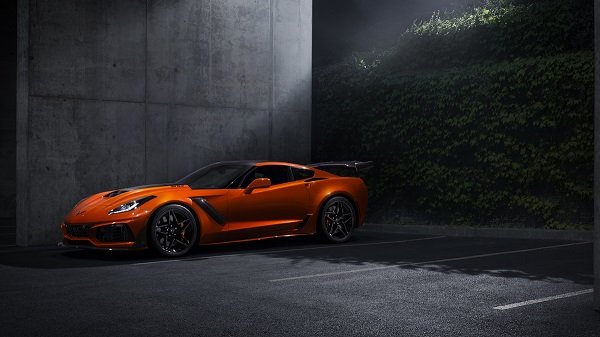 For the fans of Transformers movies, they hardly need an introduction for this American Supercar. It is a sub-brand of Chevrolet which makes performance machines under their lineup. Corvette has been on the roads for more than 60 years so far and the car has seen a major changeover over the years by transforming from a muscle car to a supercar.

The ZR1 is always known as the top variant from Corvette and the model comes equipped with a supercharged 6.2-litre V8 engine that develops 755 horsepower from the mid-mounted engine. The American muscle car turned supercar can be owned with a price tag of $121,000 (Rs 83.7 Lakh). 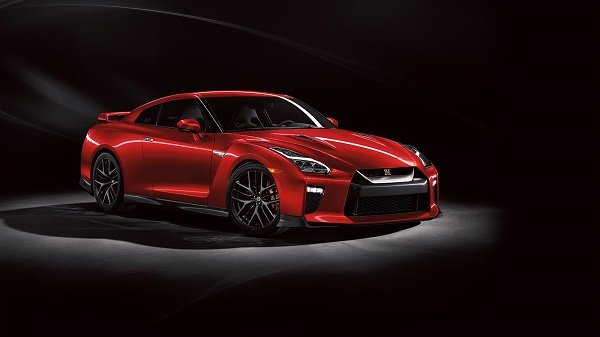 The Nissan GTR is the ruler of almost every supercars with enormous power, great stability and best-in-class build quality and added safety too. It rules the roads of Japan, Europe and America for over the cars and the GTR has not only been designed specifically for the tracks but also made for legal road use too.

The 565 horsepower is developed from a small powerplant unit of the 3.8-litre twin-turbocharged V8 engine and the supercar also comes with all-wheel drive which enhances the drivability of the car. The GTR can be purchased for $100,000 (Rs 69 Lakh). 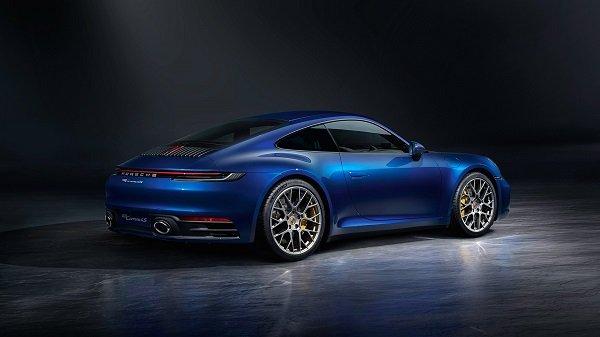 The Porsche 911 Carrera is one of the oldest in this list of cheapest supercars which has been seen on the roads for many decades. The 911 Carrera is a beautiful piece of design and engineering from the German automaker Porsche.

The 3.0-litre rear-mounted boxer engine is a unique type that produces 370 twin-turbocharged horsepower in it. The transmission duties are handled by the Porsche’s older and refreshed version of 7-speed manual transmission which works perfectly. The cost of the German supercar is $91,000 (Rs 62.9 Lakh). Cadillac CTS-V is the best mixture of premium features, Luxury and Power

Cadillac has always been known for its luxurious drives with added safety. With the launch of CTS-V, the brand have brought their traditional design, luxury and the maximum power that makes it a supercar.

This American supercar gets a 6.2-litre supercharged V8 engine that powers the CTS-V generates 640 horses of power and comes mated to an 8-speed automatic transmission. Cadillac has priced their supercar with a price tag of $87,000 (Rs 60.1 Lakh) which is very low for a supercar. The iconic Ford Mustang is now easy to own

Mustang is the only name that comes out of the mind when we say a muscle car with the maximum performance or a performance car with muscle stance. Ford’s Mustang Shelby has been a successful supercar from the day it was launched and everyone might have a craze to own this machine.

With 5.2-litre supercharged V8 powerplant, the engine makes a whopping amount of 720 horsepower comes mated with a 7-speed dual clutch automatic transmission that has been specifically designed for the Shelby GT500. The Mustang is priced at $70,000 (Rs 48.4 Lakh) almost equal to the price of its close rivals Chevy Camaro ZL1 and Dodge Challenger Hell Cat. 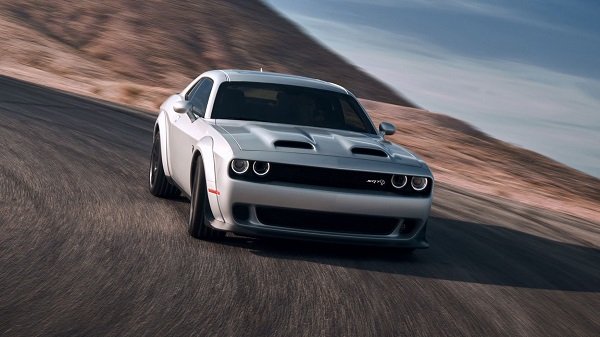 Well, if you want a supercar of your choice with maximum power and lowest price and an aggressive muscle stance, then Dodge Challenger Hell Cat is the perfect match for you. The American muscle car comes with more luxury and its interior is overwhelming for its pony car competition. The Challenger Hell Cat is obviously one of the most comfortable cars out there in the Americas and Dodge also provides a convertible option for this muscle car.

The Hell Cat is powered by a 6.2-litre supercharged V8 engine that churns out 797 horsepower of maximum output comes mated with an 8-speed automatic transmission that transfers the power to the wheels. The American muscle is priced under $70,000 (Rs 48.4 Lakh) which is worth for the value. Also Read - Top 10 Most Ugly Supercars Of All Time

The Camaro is powered by a 6.2-litre supercharged V8 that generates 650 horsepower. There are two options for the transmission to choose from one is the 10-speed automatic transmission and the other is 6-speed manual transmission. The car is priced at a considerably lower price tag of $62,000 (Rs 42.89 Lakh).

Of course, this article is for your eyes only and many of these supercars have not made their entries into the Indian market yet. But who cares, the automotive stories have no boundaries, right.