A Collection Of Affordable Cars With Luxury Features

3 0
Many key features in luxury cars are being shared across the automotive industry, especially in mainstream vehicles.

Nowadays, with the advance of technology and mass production, automobiles are becoming less expensive, faster and smarter. Although the vast majority of cool features only appear on luxurious and costly cars, there are still numerous new and moderately less expensive vehicles that offer features of extravagance vehicles. Here is a combination of ten affordable vehicles that offer luxurious highlights. The present version of Skoda Octavia is equipped with the park-assist feature. This clever element empowers you to park the vehicle without the need to touch the steering wheel. The inbuilt sensors in the vehicle are programmed to scan and analyze the available space to show the instruction on the onboard screen. So, the driver just needs to brake or quicken according to the guidance. In addition, to park the car accurately, this parking assist feature instructs the driver when to use first gear or reverse gear. Top of the line highlights like these are common in the top of the line vehicles like BMW 7-Series and Mercedes-Benz S-Class, which even park themselves automatically. Nevertheless, as an affordable car, this feature ends up being an extremely helpful element in Octavia. Hyundai is famous for making vehicles with incredible features. For instance, the Hyundai Verna has a more outstanding interior as well as features compared to other cars in its segment. In any case, the most eminent of these is its ventilated front seats, which is an awesome feature in hot nations like India. The ventilated seats breathe out cooled air taking from the cabin to make your long journey more comfortable. Ventilated or Perforated seats are an ordinary component in costly extravagance vehicles like the Mercedes-Benz S-Class, however, this feature was unbelievable for cars at such price range.

Beginning from the Figo hatchback, all cars made by Ford now have the SYNC app link which links the vehicle to a cell phone. This utility application is extremely valuable and can contact the emergency centres once detecting mishap or other such accident. It immediately notifies the location of an emergency which helps limit response time in any horrible circumstance. Top of the line extravagance cars like Rolls-Royce provide every one of their vehicles with this feature, which can even track the cars. Very clear by the name itself, a wristband key is really a smart band that allows you to lock/unlock and perform different tasks without the need of the car key. In India, the Tata Nexon is the first car to offer such an inventive component. While Nexon's band can only lock/unlock or start the car, Hyundai Creta’s wristband can show time and measures footsteps like a fitness band. Among the top of the line cars, Jaguar F-Pace also offers that feature with more functions. The Ford Freestyle is advertised as an SUV for the urban roads and the vehicle accompanies some pragmatic developments as well. It is equipped with an Anti-Roll Program that is able to monitor the four wheels to prevent rollovers and other similar circumstances. This component can be seen in numerous top of the line SUVs like the Volvo XC90, where it is significantly more advanced. As the current flagship vehicle of Tata, Hexa is accompanied with some really great highlights. Among them is the hill descent control that deals with the speed of the vehicle when descending a slope. When activated, the driver only needs to control the directing wheel, the speed of the vehicle will be controlled by the onboard PC. The hill descent system additionally monitors the brakes as well as the engine while the car is coming downhill. It is an exceptionally valuable component as it doesn't allow the vehicle to go out of control in such situations. Hill descent system is a typical component in the top of the line SUVs such as the Land Rover Range Rover. The Skoda Superb is ordinarily known as the Mercedes S-Class of the poor. The Superb is an incredible vehicle and offers the best extravagance in its segment. Among a portion of its exceptional highlights is a neat umbrella holder in its entryway pockets. The entryways have a special hole open from the side where an umbrella can be taken. Rolls Royce vehicles are popular for such umbrella holders, which even offer warming choice to dry off wet umbrellas. 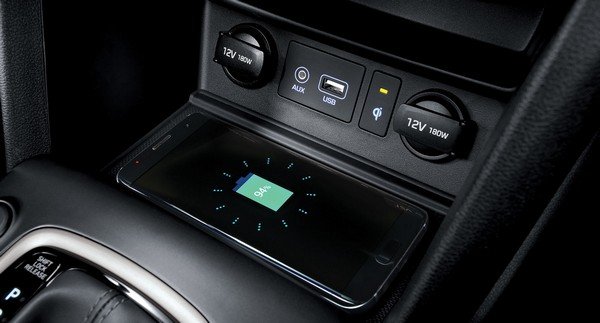 Hyundai Creta is a phenomenal SUV and one of the best of its class. The new facelift has enhanced effectively great vehicle with more highlights. Prominent among them is the incorporation of wireless quick charging for a smartphone. With this, any remote charging-empowered cell phone can be charged in Creta by putting it in the designated spot in front of the gear shift. Audi Q7 and Mercedes-Benz S-Class are high-end vehicles that have a similar component.

Toyota had huge expectations for its medium size saloon Yaris. The vehicle packs in some great highlights and hardware like 7-airbags in all variations. But what grabs the eye is the gesture control empowered infotainment system. Basically, on the Toyota Yaris, the infotainment screen can be controlled by using one's hand from afar. The new BMW 5-Series offers a similar but more sophisticated feature. The Mahindra XUV500 is the top of the line vehicle in its section. The huge SUV has lots of highlights and features. One helpful component of the vehicle is the Tire Pressure Monitoring System (TPMS). This system notifies the driver through the driver data display about any anomaly and weight loss of the tyres. This component is popular in extravagance vehicles like the Volvo XC90, BMW 7-Series and so on.

>>> Also Read: Top 5 Luxury Cars That Are Left To Rust And Ruin In China