After buying a Mercedes-Benz V-Class last year, megastar Amitabh Bachchan has now acquired a Mercedes-Benz S-Class, which becomes the second S-Class in his garage after Aishwarya Rai's S500

With as many as four renowned actors in the family, the Bachchans are easily among the most important people in the Bollywood kingdom. While Amitabh and his family is known for delivering some of the most impressive performances on screen, it's not very widely known that the Bachchan family owns some of the most impressive sets of wheels on the face of this planet. What's equally impressive is that the Big B is known to often get behind the wheel of his cars, which pretty much goes on to show his fondness for expensive cars. Amitabh Bachchan has owned several examples of the Mercedes S-Class, which is touted to be the 'Best Car in the World' and after selling an older model a few years ago, he has finally acquired the latest version. Interesting, this is the second Mercedes S-Class in the highly envious car collection of the Bachchans. Aishwarya Rai, Big B's daughter-in-law and of the most gorgeous actresses in the world owns an S500, which is among the more powerful trims of the luxo-barge. Powering the Mercedes-Benz S-Class S500 is a 4.7-litre V8 petrol engine that outputs a maximum power of 453bhp and a peak torque of 700Nm. While details of the variant and trim line of Amitabh Bachchan's S-Class aren't known at the moment, it does look like his is S 350d variant that has an ex-showroom price of Rs 1.38 crore. It's propelled by a 3.0-litre oil-burner that outputs 282bhp and 600Nm. 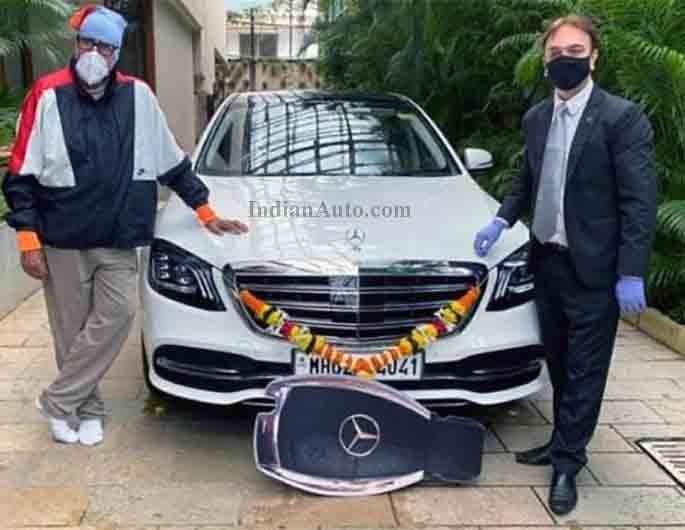 In April last year, Amitabh Bachchan added a Mercedes V-Class to his garage. The V-Class is easily the most luxurious MPV on sale in the country and costs upwards of Rs 80 lakh (ex-showroom). The V-Class of the Big B is powered by a 2.0-litre oil burner that churns out a maximum power of 161 hp and a peak torque of 380 Nm.

Amitabh Bachchan To Give His Voice To Google Maps