Let’s pay a visit to this modified Hyundai Verna, which has been given an aggressive look, thanks to the Mafia modification job.

The Hyundai Verna is one of the best-selling mid-size sedans in the Indian auto market. The sedan receives an update with BS6 motors including a new turbo gasoline burner option and some other minor alterations. The new Verna continues to compete against the Volkswagen Vento, Skoda Rapid, Maruti Ciaz and Honda City. The Hyundai Verna is also well-known for its great potentialities for modification. Some examples of the modified Hyundai Verna have been reported in the past. Here is another customized Hyundai Verna with Mafia modifications, which makes it look really aggressive.

This Hyundai Verna initially had numerous dents and scratches on some body parts and the owner had the car repaired. In the video, the vlogger provides us with a tour around the Hyundai Verna. The sedan has a black paint scheme with red accents on some body parts. Some chrome opponents were retained in the car. After that, the car is taken to the garage to remove all the dents, scratches and holes so that it can have a more sleek appearance. The car comes with a mafia look and all the chromes are then blacked out or taken out.

Hyundai Verna Service Cost and Packages – Everything to Know

In the front, the Verna features skirting to give it an aggressive stance. The front grille gets red accents and the bumper gets an air intake hole. On the side profile, the sedan comes with red skirting; the door handles have been blacked out; the callipers come in red colour; the alloy rims have also been backed out, which adds to the car’s sportiness. In the rear, the car is packed with a faux diffuser, modified spoiler and bumper as well as smoked taillights. 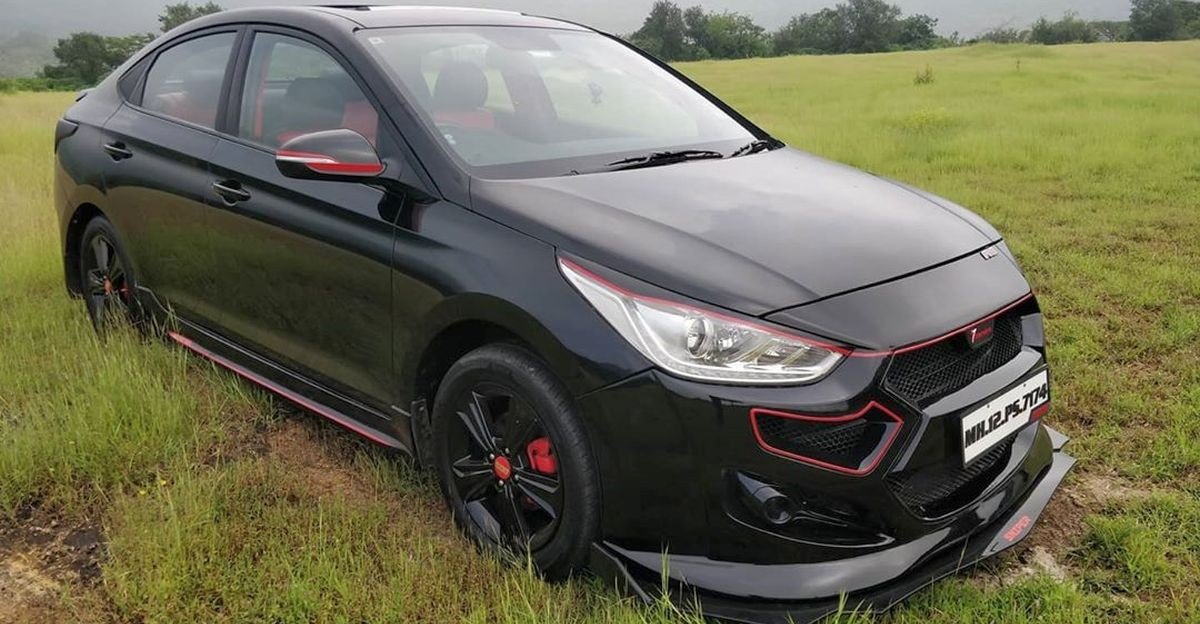 The Hyundai Verna has been modified to get an aggressive appearance.

As regards the interior, the car cabin gets a dual-tone red-and-black paint scheme. Whether any changes are made to the car remains to be unknown. Generally, the car has received an elegant modification job and looks really aggressive