Many people don't know exactly and intensively the key differences between hatchback and sedan? Let’s IndianAuto break down the key characteristics of sedan vs hatchback in India and the reasons you might want to buy one over the other.

Looking back, sedan and hatchback were once the hot favourites of the Indian audience for a long period, at least before the rising sentiment induced by the crossover and SUVs segment. In the crowded automotive world, there are a dozen of different types of vehicles; however, in reality, it’s the small cars that you see more often on the Indian roads. While it can be easy for you to tell a sedan apart from a hatchback, do you know exactly and intensively the key difference between hatchback and sedan? Let’s IndianAuto break down the key characteristics of sedan vs hatchback in India and the reasons you might want to buy one over the other. 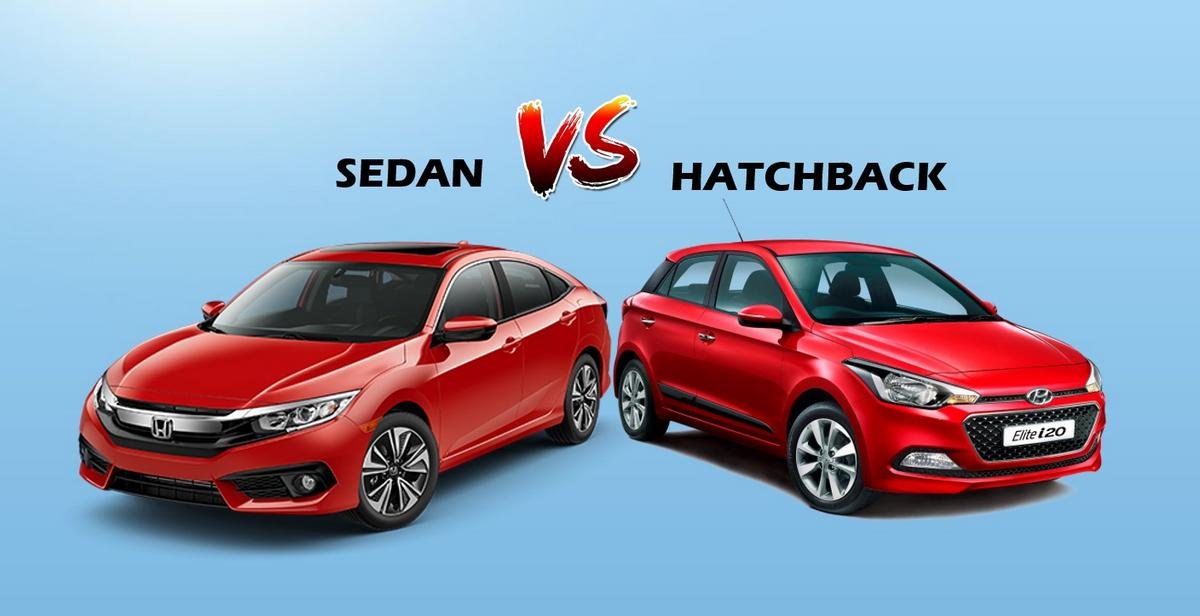 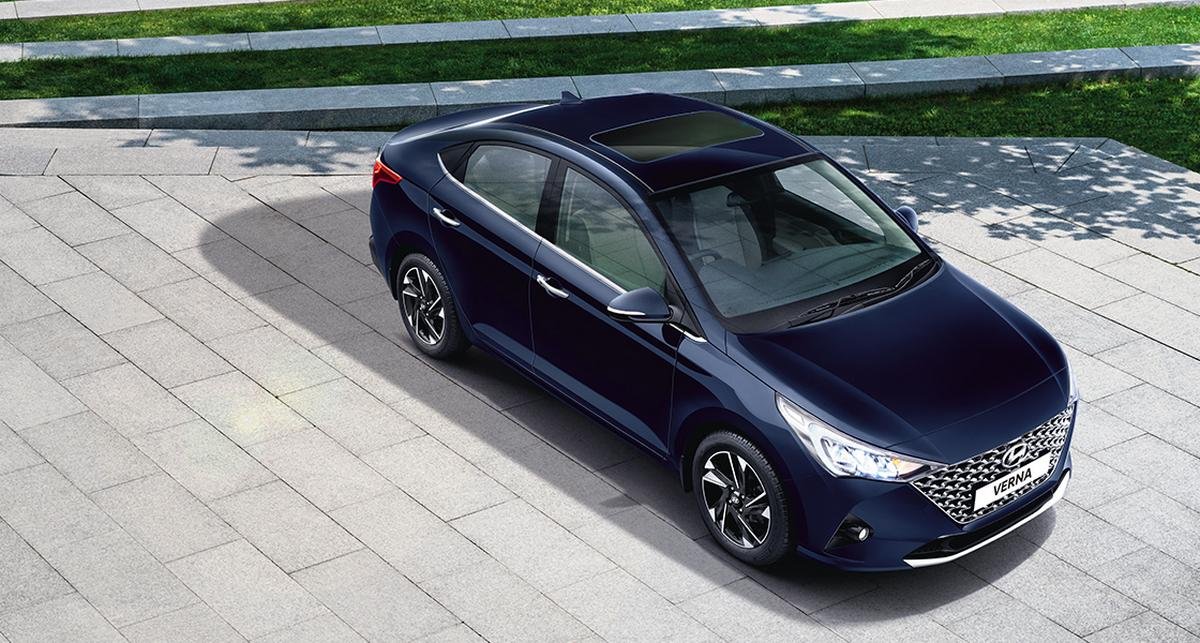 The definition of sedan remains much the same as it meant to be: a passenger vehicle in a three-box design with four doors and a separate trunk. The trunk of the sedan car is normally separate from the rest of the model by the rear seatback as well as an immovable package tray under the rear window. However, some models do come with a foldable rear seatback so that it can open a pass-through for the larger cargo that wouldn’t really fit in the trunk itself. When the seatback is in position, the trunk is completely sealed off from access. Normally, sedans get a three-box body that features separate compartments for engine, passengers and cargo.

2. What is a hatchback car?

Compared with sedans, deciding on what is or what isn’t a hatchback car is not as easy. Basically, a hatchback is also a small passenger car that may look similar to a sedan but instead of a separate trunk, it comes with a hatch-type rear door. That said, the hatch can be open upward so you can access the entire backend of the cabin. Most of the times, it offers fold-down rear seats so that one can gain larger storage space in the vehicle. 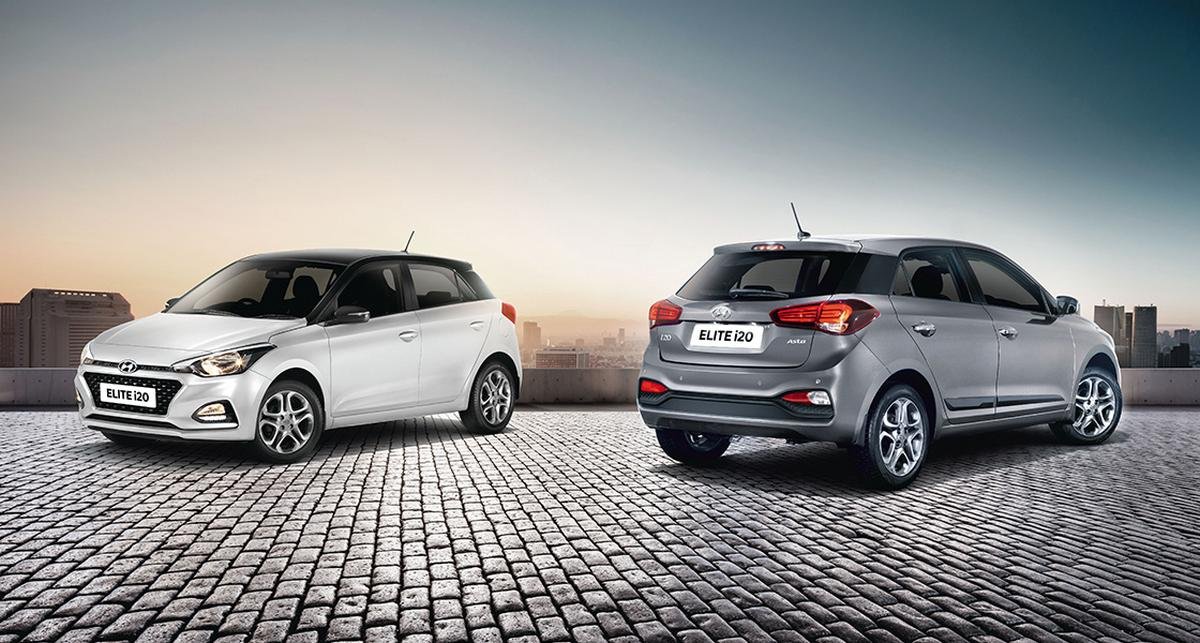 In recent days, we can find the sedan and hatchback designed to the utmost creativity. Many hatchback cars in India are now crossover-ish or in other words, they borrow a lot of design cues from the SUVs crossover counterpart.

Moreover, there are multiple vehicles that might look like a four-door sedan but have a rear hatch incorporated into a sleek roofline such as the Audi A7 or A5 Sportback.

3. Basic Similarities and Differences Between a Sedan and a Hatchback

It is clear that hatchback and sedans are very similar to each other. Both types of vehicle can accommodate up to four to five people on a single drive. Both can offer a certain amount of storage space with a trunk.

The essential difference between hatchback and sedan is also that trunk. There’s a general consensus that sedans will provide more boot space than hatchbacks but that’s not true in many cases. 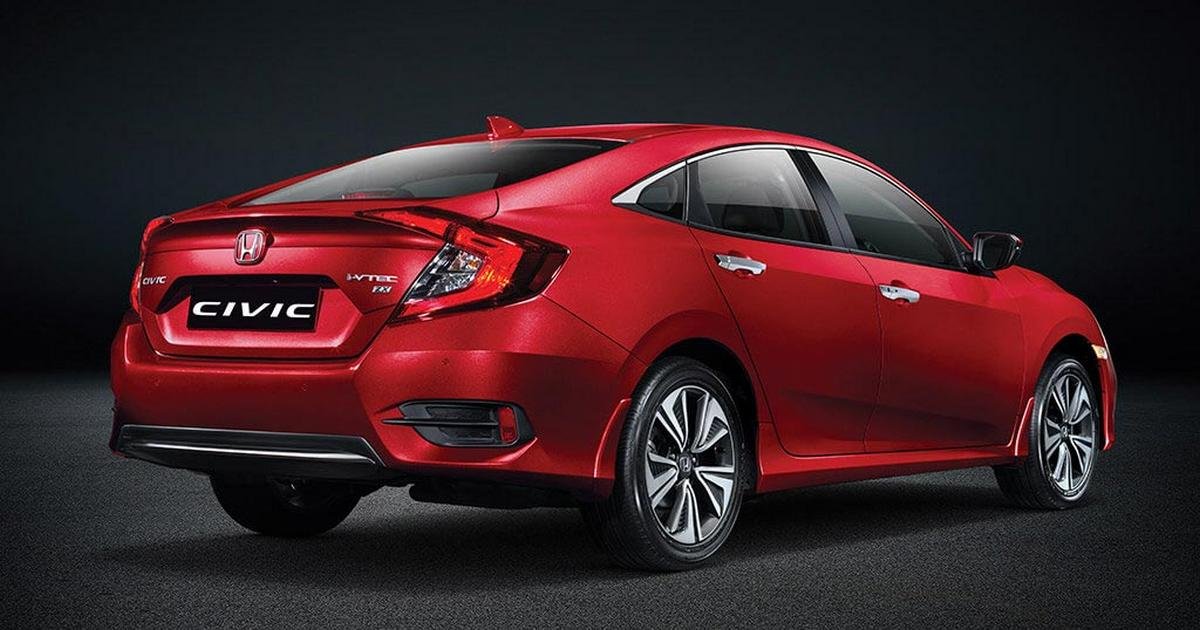 While the sedan’s boot space comes in the form of a separate compartment, the hatchback doesn’t feature any division between the rear seats and luggage bay instead.

From the look of it, hatchback owns a batch of design traits that we can’t see it in a sedan model. Most of the hatchback cars in India often boasts of a shorter wheelbase as against that of sedans, which means hatchbacks aren’t often as long as sedan counterpart. 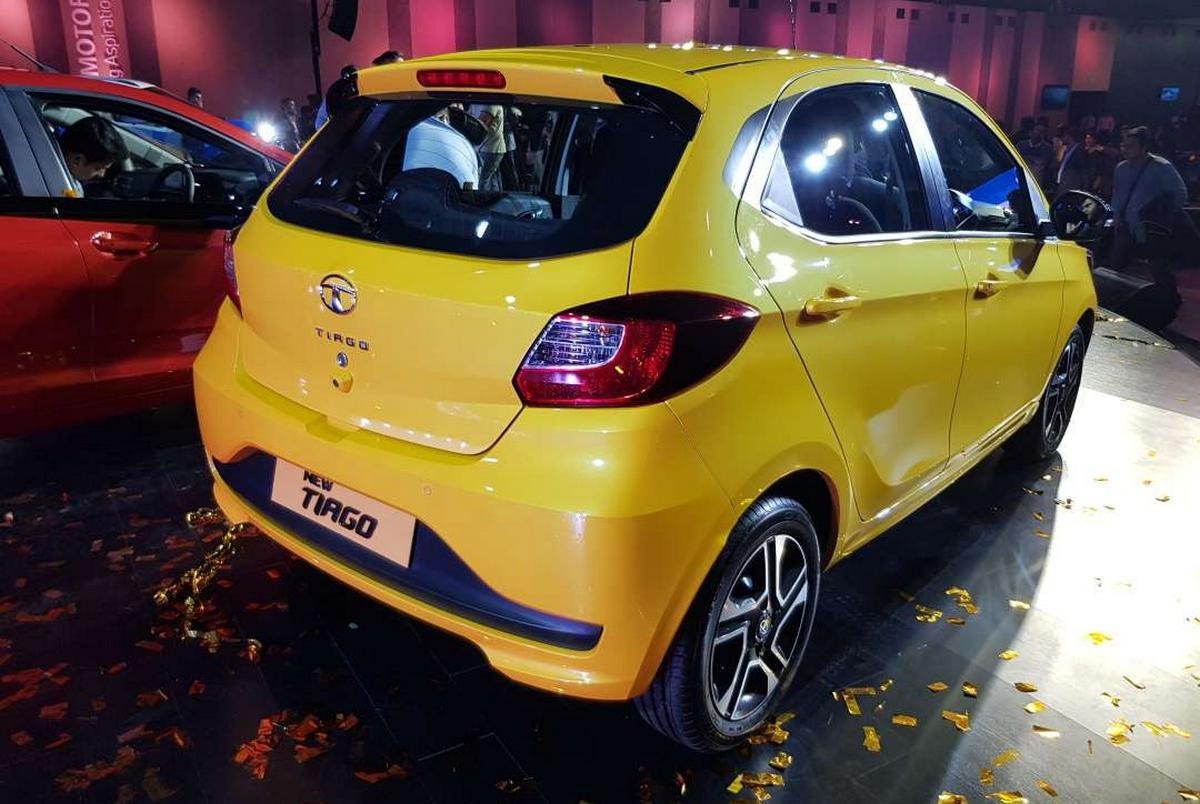 In terms of design, the biggest point to differentiate a sedan with a hatchback is the rear window. While hatchbacks are usually designed with a more upright rear window than that of the sedan cars, thereby having different aerodynamics and better visibility compared to the sedan models. That’s why the hatchback often gets a rear window wipers while sedans don’t.

What are the best hatchback cars under 5 lakhs in India?

4. Pros and Cons of Hatchbacks vs Sedans

What works in favour of the sedans or hatchbacks and what does not? Simultaneously, it will also tell you why you need to consider a sedan instead of the hatchback cars.

Pros and Cons of Hatchbacks

As said earlier, it is apparent that hatchbacks are mostly more practical the sedans. Since hatchbacks often get a more compact size with a chopped booth, these cars will find it easy to manoeuvre in the bumper-to-bumper city traffics. A hatch also takes a less parking space than that of the sedan contender. 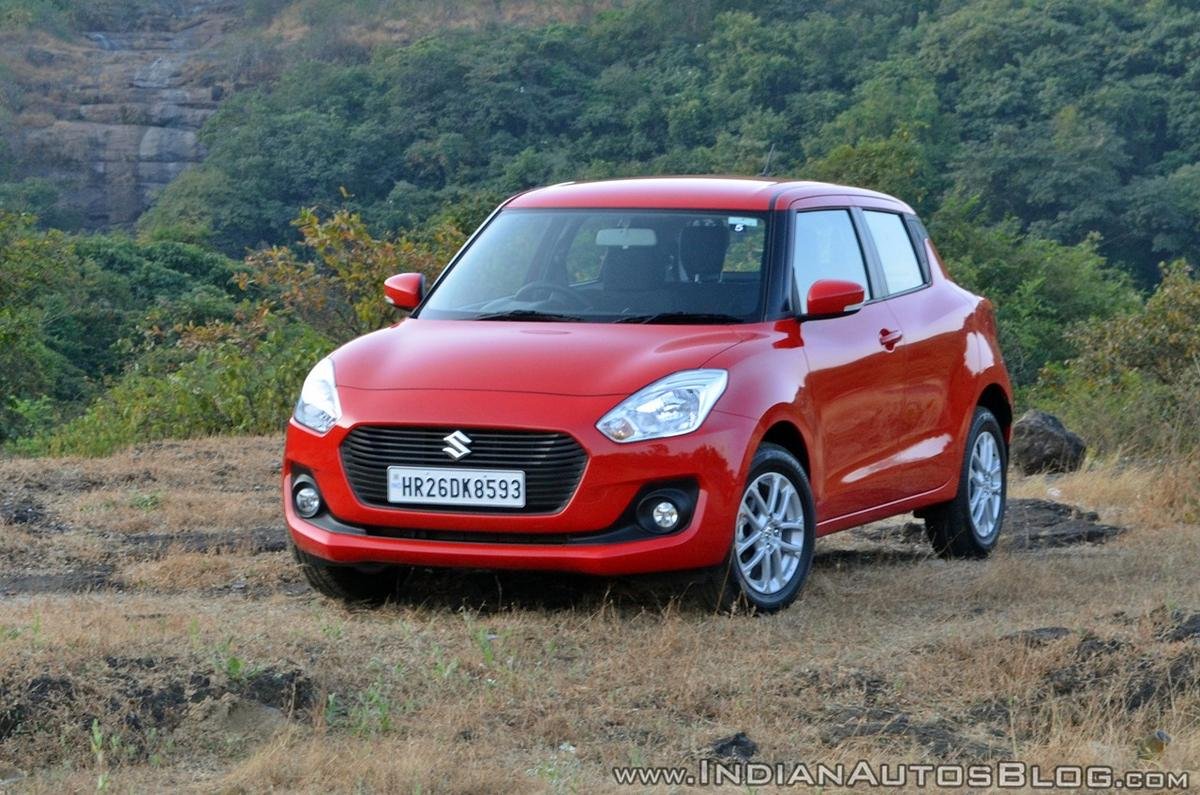 The larger boot space is also the key characteristic of the hatchback to set it apart from sedans. The distinctive shapes of the vehicles lead to a major difference between hatchback and sedan. The shape of a hatchback gives it the flexibility when it comes to the storage space while the sedan does not, thus lends the former better practicality than the latter one.

2. Fuel Efficiency: Thanks to the comparatively lighter kerb weight, hatchbacks can achieve better fuel mileage when compared to the sedans. For example, the Hyundai Grand i10 Nios turns out to offer higher mileage figures compared to those of Hyundai Xcent.

Virtually all hatchback cars are more affordable than their sedan counterparts in India, not only in the price tags but also for the maintenance expenses. Evidently, you can see that the hatchback version of a car often gains higher responses from the price-sensitive Indian buyers compared to the sedan version. That’s the case for the Tata Tiago and Tata Tigor.

Pros and Cons of Sedans

There’s also a batch of reasons that you need to consider a sedan over a hatchback. Though this may not be relevant to all cars, it is no doubts that sedans have a more stable performance at high speed compared to the hatchbacks.

You need to admit that driving in a sedan gives you a better image than staying with a hatchback. In fact, sedans require more respect on the roads and the society as compared to the other. It looks more elegant and luxury compared to the hatches. A sedan is still an “ideal” type of car that many of us ever dream of owning someday.

3. Lower NVH Level: Normally, with better insulation all around, sedans are much quieter than hatchbacks.

It is more of a personal choice when you choose a hatchback or a sedan car in India. We do hope that our article can give you a clearer image of the differences between hatchback and sedan. There’s no winner or loser here. IndianAuto lets readers make their pick in the sedan vs hatchback competition. What will you opt for? Let us know in the comment.