Bentley cars are such a symbol of luxury and richness that they have become a very popular vehicle with celebrities all over the world including Indian stars. Below is a list of Bentley vehicles possessed by Indian famous people. Read on for a list of famous owners of Bentley Cars In India

Thanks to their high price tags, there aren't many Bentley cars in India. However, the exorbitant prices do ensure that most of the owners of these vehicles are from the country's rich and famous. Since the Continental Flying Spur and the Continental GT are two most popular Bentley cars among the Indian celebrities, we have decided to place these two vehicles at the beginning of the vehicle list, followed by other less common ones.

Yuvraj’s car collection includes a Continental Flying Spur with a VIP skid plate number. Being the most expensive car in Yuvraj’s garage, it has been spotted being driven by the male star many times. This vehicle comes with a red cabin, which lends it an attractive appearance.

The Flying Spur is powered with two motor options: a 4.0L V8 and a 6.0L W12 units. The one owned by Yuvraj receives its power from the latter motor with 616 BHP against 800 Nm. In India, Yuvraj is also sometimes spied to be testing the new-gen Continental GT. The Flying Spur owned by Yuvraj Singh has a VIP skid plate number.

This Bollywood actor is among the most famous owners of Bentley cars In India. Aamir Khan’s car collection includes various models, from the humble ones like the Ford EcoSport and Mahindra XUV500 to one of the most luxurious cars in Bollywood, the Mercedes S-Guard. Besides, he also possesses a Bentley Flying Spur which has been spotted with him to multiple important events. Amir Khan has been spotted in his Bentley Flying Spur at numerous big events.

Chief executive officer of Serum Institute of India, Adar Poonawalla, owns a luxurious Rolls Royce Phantom but when the Phantom is not available, his resort is to drive the Bentley vehicle. The Flying Spur owned by him is a 2010 model and receives its power from a 6.0-litre W12 motor which can deliver 602 BHP against 750 Nm. Yohan is among the richest owners of Bentley cars In India. The 2010 Flying Spur possessed by Yohan Poonawalla is powered by a 6.0-litre W12 motor.

Akshay Kumar’s car collection is very diverse with both affordable and exorbitant ones. While the former includes a Honda CR-V, the latter consists of a Rolls Royce vehicle. Moreover, he also regularly drives a Flying Spur, which keeps under its hood a W12 twin turbocharged motor which can deliver 516 BHP against 800 Nm. Akshay Kumar owns a wide range of vehicles including a luxurious Flying Spur.

The Flying Spur seems to be so popular with Indian famous men that Virender Sehwag is the fifth one in this list to own it. The well-known cricketer, Virender Sehwag, bought an attractive white Flying Spur during his career time to drive it to cricket practice sessions. Until today, he still travels in it on a regular basis.

While Shilpa is one of the handful of famous owners of Bentley Cars In India, she is definitely the prettiest.  The black Flying Spur of Shilpa is powered by a W12 motor which can produce 626 BHP against 820 Nm and helps the car reach a maximum speed of 322 kmph. 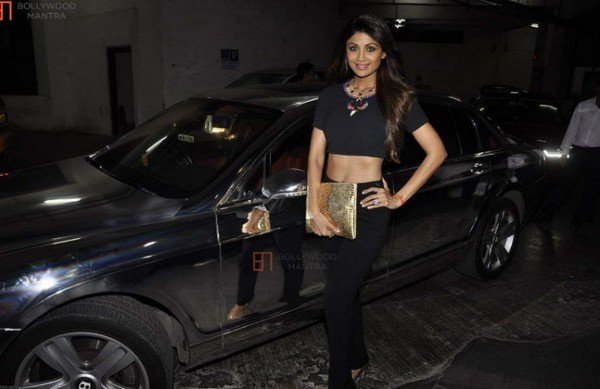 Shilpa Shetty is the only female celebrity in this list to own a Continental Flying Spur.​ 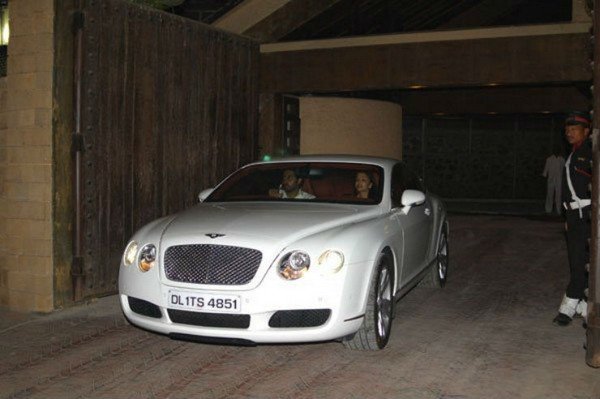 The Bentley Continental GT is often used by Abhishek Bachchan for city driving.

Another owner of the luxurious Continental GT is Jackie Shroff, who usually moves around in this vehicle. The Continental GT keeps under its hood two motor options. Firstly, the 4.0L V8 engine with two states of tunes, 500 BHP against 660 Nm and 521 BHP against 680 Nm. Secondly, the 6.0L gasoline burner can produce either 567 BHP against 700 Nm or 626 BHP against 820 Nm, depending on the variants. Jackie Shroff travels in the luxurious Bentley Continental GT on a regular basis.

While Virat owns numerous Audi cars, he is also among the famous owners of Bentley cars in India.  The captain of the Indian cricket team possesses two Bently models. The black Flying Spur is often driven by him in Mumbai while the Continental GT is often spotted in Delhi. Whereas the former is priced at INR 3.41 crore, the latter costs INR 3.84 lakh. 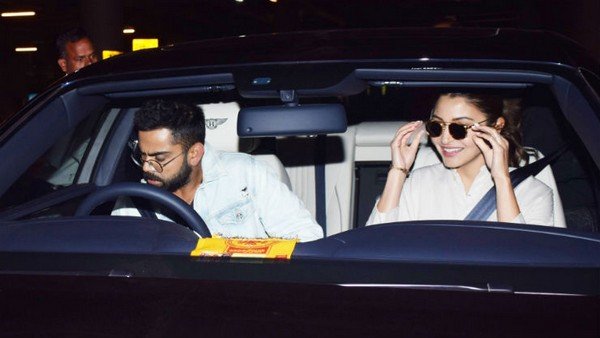 Different from the mainstream Indian celebrities, the chief of Jio, Akash Ambani, possesses a Bentley Bentayga W12, which is among the most exorbitant SUVs in India, with a price of around INR 4 lakh. The vehicle keeps under its hood a big 6.0-litre W12 motor which can generate a maximum power of 600 BHP against a peak torque of 900 Nm and helps the SUV become one of the fastest SUVs available in the Indian auto market. Ambani family also has another version of the car, the V8, which costs INR 3.75 crore. The Bentley Bentayga is one of the most expensive SUVs on sale in India. 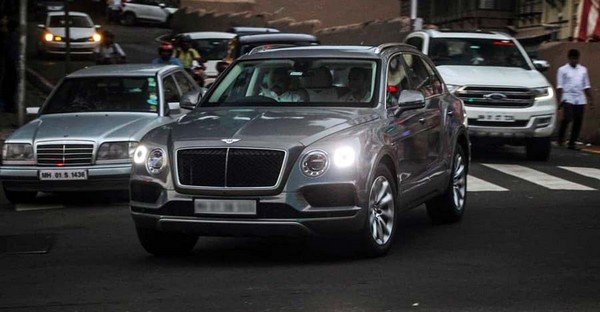 Besides, the W12, Akash also possesses another V8 version of the Bentayga.

Above is a list of famous owners of Bentley cars in India. Which one of these impresses you the most? Please let us know in the comment section below. If you are interested in celebrity car collections in India, please pay a visit to IndianAuto.