TV stars are often considered to be living a humble life. While this is the case with some, there are others who own the flashiest of the wheels. Here's a list of some of the flashiest cars of the Indian TV stars.

Actors and actresses have a life that their fans are quite excited to have a look into, but keeping aside movie stars, TV stars are often considered to have a low-key life. However, that isn’t the case with Indian TV stars. A lot of them have a flashy life, but hey, we aren’t excited about that at all. What are we excited about then? It is their cars of course! Some of these cars are flashy, flamboyant, and even exotic. TV stars, however, love to keep their personal life away from their fans, but we managed to get an eye over their set of wheels to let our readers know, what these flashy cars of Indian TV stars are. Here's our list of popular TV stars and their cars. Dipika Kakar grabbed a lot of attention and love for her TV daily 'Sasural Simar Ka'. Now, she can be seen as Sonakshi in Kahaan hum Kahaan Tum performing her best. However, she is here for a reason and that is the car she owns. She has a blue beast, to be specific, a Blue BMW 6-Series GT. The 6-Series GT is an exotic car and not many tv stars own this beauty. So we thought of adding Dipika Kakar on our list that lets the fans know of cars of Indian TV stars. We appreciate Dipika for making a choice that suits her since the car and actress both carry a drop-dead gorgeous combination of looks and elegance. The laughter queen of India – Bharti Singh – is second on our list of popular TV stars and their cars. She is one of the few celebrities to join the list with a humongous yet swanky SUV, the X7. However, this isn’t the first expensive purchase of the celebrity. It is her third luxury car in her garage, which also defines how much this celebrity craves premium set of wheels, but it is her latest all-black BMW X7 that takes the credit of the most badass car in her garage. Kapil Sharma is the king of comedy and Mercedes-Benz S-Class is the king of luxury saloons. However, both the kings are together now, Yes! You read it right, Kapil Sharma’s latest set of wheels after the brawny Range Rover Evoque is the ultra-luxurious S-Class from the German marque. It is, however, the only S-class joining here on the list of cars of Indian TV stars. The S-class owned by the comedy king is the latest-generation of the car and it starts at a price tag northwards of 1 crore rupees. Dheeraj Dhoopar is a loved face around the Indian audience. He is starred as Karan in one of the most-watched TV shows Kundali Bhagya. The actor is loved for his sharp acting skills and looks, but what actor loves are sharp cars. He owns a Jaguar XF and once told in an interview that buying this silver-lioness was on his wish list for quite a long time. 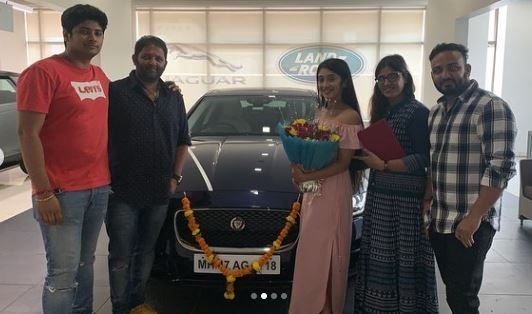 Shivangi Joshi earned a lot of love from the audience for her cameo as Naira in the Indian television series named Yeh Rishta Kya Kehlata Hai. What else did the young and energetic actress earned for herself? A Jaguar saloon. On getting one of the best available 3-box cars in the market, Shivangi Joshi shared her happiness on a social media platform through a post, which read as, “New addition to the family.. @jaguar #welcomehomebaby #muchawaited.” This is the second Jaguar on our list of cars of Indian TV stars after Dheeraj Dhoopar’s Jaguar XJ. Ronit Roy is often referred to as Amitabh Bachhan of the Indian television industry. However, it is his Audi Q7 and R8 V10 that got him enlisted as one interesting entry on our list of popular TV stars and their cars. Ronit Roy is famous for his negative roles on the big screen and superstar appearance on the small screen, but Kasuati Zindagi Ki is what grabbed a lot of love and attention for the star. 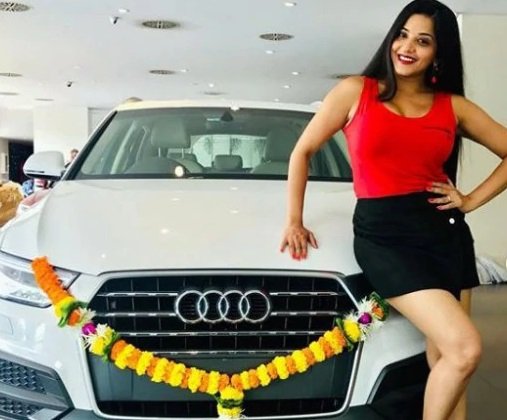 Monalisa made her cameo appearance in the Nazar and Bigg Boss and after that, there’s no looking back for the Bihar-based actress. Her work is appreciated by the Indian audience and her car is purchase is appreciated by us. The actress posted a video of her taking off the covers from her new car alongside her husband. She captioned the video as "She arrives in style... Dreams do come true." 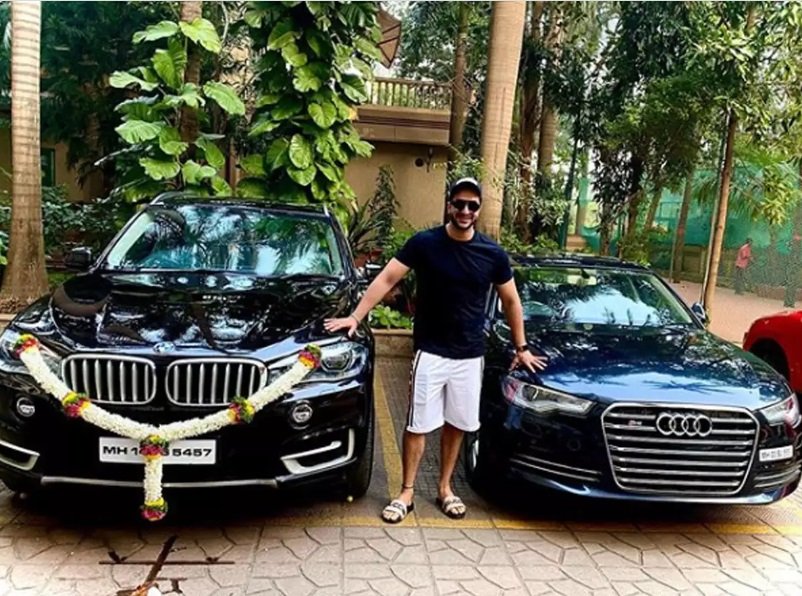 Aly Goni, who played Karan Patel aka Raman Bhalla’s younger Romi Bhalla in Yeh Hai Mohabbatein is also here on the list of cars of Indian TV stars with a new purchase. The actor’s garage baby Audi A6 will now share the place with a new BMW X5. Aly shared the picture on his social media handle with an image whose caption read as, "Alhamdullilah new addition in family #BMWx5 Shukar Allah". Sargun Mehta is a famous star across the Punjabi industry, but she achieved stardom by her appearance in the famous TV serial Balika Vadhu. However, she is joining the list of cars of Indian TV stars here because of flashy Jaguar XF. The Jaguar that Sargun Mehta owns was a gift from her husband Ravi Dubey. Ravi Dubey gifted her the saloon on her birthday. Nehha Pendse is famous for her cameo in May I Come In Madam and Bigg Boss 12 reality show is first on our list of cars of Indian TV stars as she has recently received an expensive set of wheels as a gift from her boyfriend Shardul Byas on her 35th birthday. The gift is a Mercedes-Benz E-Class LWB. After the acquisition of the pointed star logo, the actress was unable to hold on her joy and shared her happiness with her fans via social media, quoting “She comes, She is Lovely”.

This was our list of popular TV stars and their flashy cars. If there is any TV celebrity you wish to see on this list, please feel free to reach out to us.