The Renault Triber has been recently launched in India. The MPV was loaded with a wide range of top-notch features including some segment-leading ones. Below is a list of 10 most prominent Renault Triber features.

With the Kwid, the Duster and more recently the Triber, Renault has proved that it is really serious with the Indian auto market. The most recent offering from the French automaker, the Triber, was just launched in India two days ago, becoming the second MPV to the Datsun Go in the sub-compact MPV segment to be available in India. Despite being an entry-level MPV, the Renault Triber is replete numerous premium features. In the article below, we have compiled 10 most outstanding Renault Triber features of the Renault Triber. If you are interested in the features which are loaded in other vehicles in India, please pay a visit to IndianAuto.

While in the past, basic halogen headlights were more popular, the present days are the era of projector headlights and LED DRLs which appear in even the affordable sedans and hatchbacks. Following the trend, the Renault Triber is equipped with these features, helping it become the most reasonably-priced MPV in India to come with both halogen projector headlamps and LED DRLs. Unlike compact sedans which come with fixed seating layout and hatchbacks which have few seating arrangements, the Renault Triber can offer up to more than 100 seating configurations. The vehicle is equipped with three seat rows, all of which are adjustable in numerous ways according to the arrangement.

Specifically, the front seat row can be adjusted with recline and horizontal movements. The second seat row can be altered in even more ways. It gets a 60:40 split option and can be individually or altogether slidable, reclinable, foldable and tiltable. Moreover, the third seat row comes with a 50:50 arrangement and is even foldable and removable. The rear door has been made wide and flexible enough to offer the vehicle a 74-degree opening angle, which allows the passengers to easily enter and exit the car. The second seat row in the Renault Triber can be altered in many ways.

Sub-four-metre automobiles, particularly SUVs and sedans, though getting the tax benefits, have a tendency to suffer from limited space. Nevertheless, the engineers of Renault should be praised for the way they have set up the interior space of the Triber to provide a roomy cabin for the occupants.

The Renault Triber offers the segment-leading 710 mm distance between the two front seats. The legroom in the second row and the legroom in the third row are 200 mm and 91 mm, respectively. The independent third row offers the best-in-segment roof height of 834 mm, which allows the tall passengers to comfortably sit there. All of these contribute to the utmost convenience and comfort of the Renault Triber. Thanks to the roomy interior space, the Renault Triber can offer the occupants a comfortable journey.

Although providing the customers with decent cargo space is a challenge for most sub-four-metre seven-seat vehicles, the French automaker has made every endeavour to optimize the Renault Triber’s boot space by making the rear seat row foldable or completely removable. When two rear seat rows are completely folded, the boot space of the Triber is expanded to 625 litres.

Now, the Renault Triber is equipped with a wider and more modern system, which measures 8 inches and gets fresher display and better touch sensitivity. Like that on the Kwid, the Renault Triber’s unit supports Android Auto and Apple CarPlay connectivity. 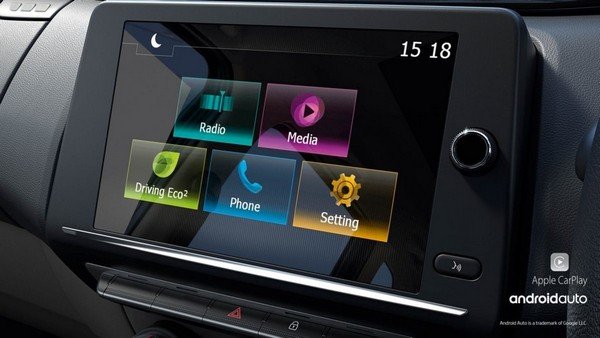 The Renault Triber is equipped with a 3.5-inch LCD instrument cluster which provides three virtual gauges for fuel level, engine temperature and tachometer. This feature is absent in the Datsun Go+. 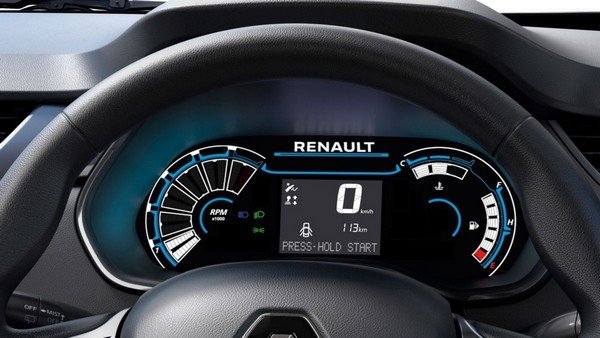 In addition to the seating layouts, another feature which contributes to the practicality of the car is the volume and number of storage areas. The Renault Triber is packed with two small glove boxes which are set up in a vertical order on the left side of the dashboard, in which the lower one offers cooling feature.

Furthermore, the passengers on the first and second seat row can also make use of a refrigerated central storage compartments and cup holders. There is also totally 31-litre storage space which consists of the areas in door pads and extra cup holders. Furthermore, the wide roof rails are able to carry up to 50-kg loads. 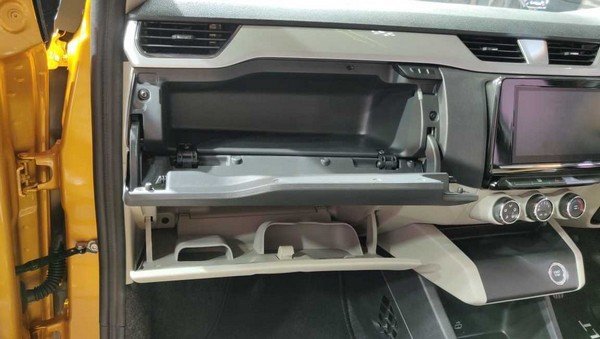 The Renault Triber offers a large number of storage areas inside its cabin.

Numerous entry-level cars nowadays get keyless entry with start/stop push button; however, the Triber is the only vehicle in its segment to be equipped with this feature. This MPV borrows the smart access card from the Renault Captur. Moreover, the Triber also comes with an automatic lock function which automatically locks the car when the driver walks away from it. 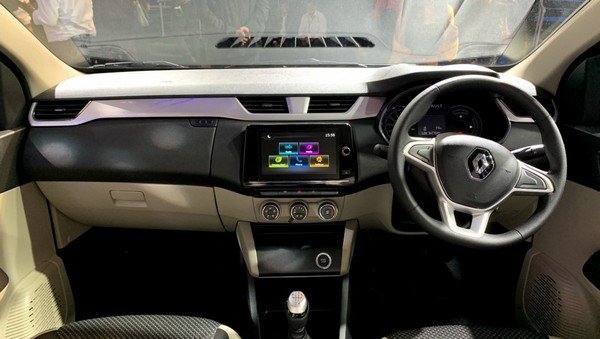 The Triber is the first and only entry-level MPV in India to be equipped with keyless entry with start/stop button.

AC vents for all the seat rows

With a view to offering all the occupants a comfortable journey, all the MPVs in India are often equipped with air conditioner vents for all of the three seat rows. Despite being an entry-level MPV, the Triber also follows the trend with this feature equipped in all of the three seat rows. Apart from the air conditioning vent which is mounted on the dashboard, two other vents which are mounted on the pillar and the roof are provided for the passengers who sit in the second and the third seat row, respectively. The Renault Triber is equipped with dual airbags as a standard feature across all of its variants. Moreover, two side airbags are also offered in the top-spec trim. Besides the Triber, the Ford Figo is the only other vehicle with the same price basket to come with over two airbags.

The Renault Triber price range is from Rs 4.95 to Rs 6.49 lakh (ex-showroom Delhi). For such a feature-loaded MPV with such a reasonable price, the Renault Triber is a really good deal. Above is 10 most outstanding Renault Triber features. Not all of them might be useful at the same time but at one time or another, some of them might be of great use for the passengers. Which feature impresses you the most? Please share with us in the comment section below. 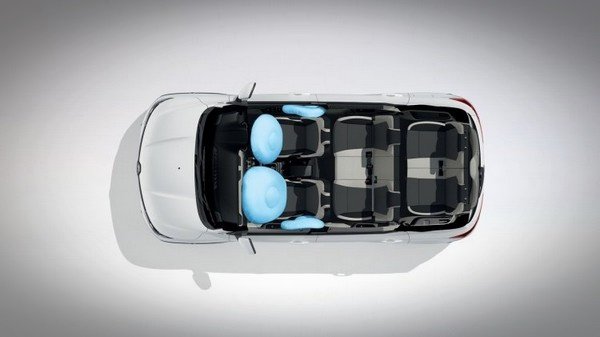 The top-spec Renault Triber variant is packed with four airbags, making it become the second MPV in India after the Ford Figo to come with more than two airbags.