Tesla has recently announced that they have set up a Supercharger station at Nürburgring race circuit in Western Germany.

Earlier this month, rumours around Tesla’s participation at the famed Nürburgring racetrack arose when Tesla’s CEO, Elon Musk tweeted that the Tesla Model S would make its way to the German raceway. That would be the first official test for the Model S, even though the model did make an unofficial appearance once in 2014 with an independent owner running a roughly 10-minute lap around the famed raceway. 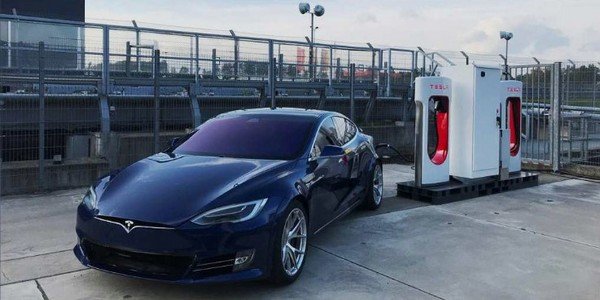 However, when looking at the map of Tesla’s supercharger locations, we can easily spot there’s not one charging site in the nearby area of Nordschleife. In fact, there is a Tesla Destination Centre that provides chargers in Nürburgring, but it would be extremely inconvenient to take a few laps then drive to another town for recharging.

Excitingly, the company seems to take further steps to accelerate the presence of Tesla cars at the German race circuit since Tesla’s official Twitter account has recently shared a picture of a blue Model S charging at a Supercharger station in the immediate vicinity of the Nurburgring. They also revealed that the stall to “refuel” test cars is not temporary. 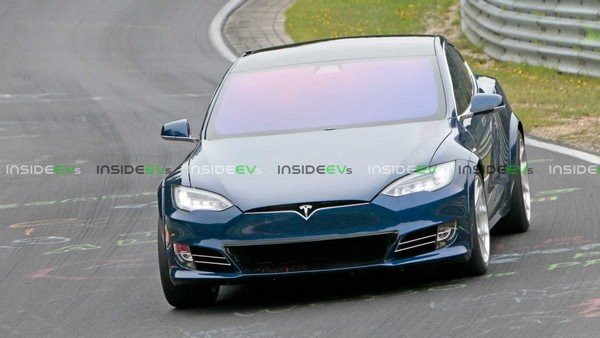 The electric car giant has tested a number of vehicles here over the last month that has thrown more light on the power of these electric cars as the days go by. The Tesla Model S tested at Nürburgring this time around, as stated by Musk, had a seven-seat layout and unique characteristics.

Tesla’s competitive attitude has risen sharply after the record-setting time in the 4-dour production electric car category by the Porsche Taycan at the Nürburgring. Musk is determined to prove that Tesla cars are still the fastest electric cars in the market due to the recent introduction of the Plaid powertrain option. In reality, the Model S, at the Nordschleife, was able to clock the track in 7:23 secs, thereby being 19 seconds quicker than the Taycan. To run so quickly, the flagship electric sedan by Tesla has witnessed a major update in the powertrain with additional cooling, revised front bumper and wider tires. Some reports indicate that the US EV maker is considering the Goodyear Eagle F1 SuperSport RS and Michelin Pilot Sport Cup 2 R for the Model S. Let’s wait to see how the Model S laps the Nürburgring and whether a quicker Taycan might come as a counter punch.

For the Indian market, despite Elon Musk’s repeatedly dropping hints, it remains to be seen when Tesla cars reach our shores. However, given the Indian Government’s big push to accelerate the adoption of electric vehicles, the possibility of an ultra-fast Tesla electric car running around our cities is high