If you are interested in protecting the environment through daily doings and you plan to purchase a four-wheeler, it is very likely that you are contemplating between a hybrid and an all-electric. But which one is better?

Car originally is all about gasoline, gasoline, and gasoline. However, in recent years, electrification of cars, or the introduction of electric batteries and motors to the engine, is no longer unfamiliar to us. A lot of cars of all shapes and sizes on the market now are available in the hybrid version, and some are even all-electric vehicles. New technologies are coming along and improving the overall performance of the vehicle. Diverse as the innovations may seem, they predominantly revolve around the theme of efficiency, saving energy, and environmental friendliness.

Before talking about how one type is better than the other, we need to know what a hybrid car is and what all-electric car is.

Hybrid car, sometimes referred to as a plug-in hybrid car, is pretty self-explanatory with its name: a car that can be plugged in for electricity and can run on gasoline as well. Usually, the electric motor drives the wheels for a certain amount of distance, and then when the electricity runs out, the gasoline engine takes over.

Meanwhile, an all-electric vehicle only runs on electric and does not use any gasoline for fuel. As the engine is exclusively for electricity, if it is exhausted, you have no alternative like a hybrid car.

With that being said, let’s have a hybrid vs. all-electric showdown.

Both hybrid car and electric vehicle enjoy quite a favourable tax rate because of they leave much less carbon footprint compared to traditional energy vehicles, and the government wants to encourage the use of environmentally friendly cars. Gasoline-only cars are subject to a 28% GST, but hybrid bear a tax rate of 15% and all-electric cars 12%. It is said that the government wants the whole country to drive only electric vehicles by 2030, and the favour reflects the intention. Driving a hybrid or an all-electric does not only enable you to make the environment greener but also puts some “green” in your pocket.

However, despite the low tax rate, the price tags of a hybrid car and electric car are quite steep compared to their gasoline-only counterpart. Of course, you can find lower priced hybrid and electric cars, some as low as 5 lakhs (Mahindra Reva) for hybrid and 7.57 lakhs (Mahindra e2o Plus) for all-electric, but most prices center around 30 - 60 lakhs and some are even as high as 2.62 crores. As explained above, a hybrid car draws its power from both an electric battery and a conventional internal combustion engine that uses gasoline, while an electric car is propelled only by electric motors. Therefore, you can refuel a hybrid car in a good old gas station that is found anywhere, but refueling an electric vehicle is a tougher task as it can only be done in a charging station located either in your own house or in public. Though many public charging stations are to be built in the next few years, the reality is that for now, only a few hundreds exist and they are extremely concentrated in big cities like Mumbai. So, if your electric car dies on the highway or in the middle of nowhere, there is not much chance of finding a power source. The infrastructure to support the use of electric cars is on the way but not quite here yet. Charging station for electric cars is hard to find

All-electric cars are notorious for its terrible range when put in comparison with competitors like traditional gas-only vehicle and a hybrid car. The all-electric four-wheelers that are available in the market at the moment have the range of 110 - 180 km (68 - 112 miles), which means if you happen to be someone who has to drive a lot on a regular basis, you should consider a hybrid instead of an all-electric.

Hybrid cars have the upper hand when it comes to driving range because it does not depend solely on electric motors. Some hybrids have a range of 200 km (124 miles), almost two times as much as that of electric vehicles. Therefore, you do not have to be so concerned about the problem of your car dying in the middle of a commute. But in case it is a really unlucky day and you are stranded in the middle of nowhere with your hybrid car out of power, you can always find some gasoline to feed your car and continue the journey. 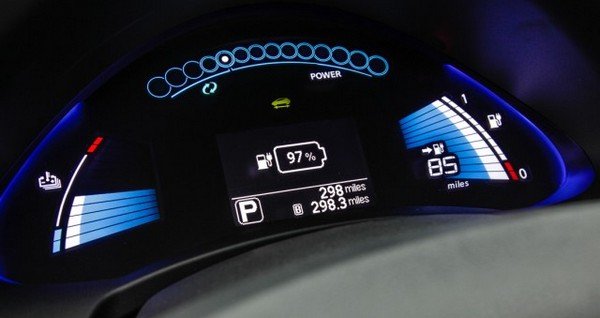 >>> SUV vs Crossover vs Minivan​