Both the Swift and Wagon R are among the top-selling hatchbacks in India. While the Wagon R targets at the lower price segment, the Maruti Swift is a pricier car with better look and more comfort.

Launched on 23 January 2019, Maruti Wagon R 2019 is undoubtedly a big deal in the Indian market. With two generations, the model has rolled out over 2.2 million units which are a fixture on India’s top sellers’ list. The car is packed with a bigger dimension, a mighty engine option along with a host of premium features making a leap from its predecessor. Additionally, the Wagon has opted the new Heartect platform along with the K12M petrol engine which is similar to the Maruti Swift. This advanced feature has brought the model closer to teeming B1-segment hatchback. Let’s find out the detailed difference between this tall boy hatchback and its sibling Swift. 2. Maruti Swift vs Maruti WagonR Dimension: Which is bigger?

Being the trusted nameplate, the Wagon R has all the ingredients, including the large dimensions which make the car a lot more proportionate. Viewed from outside, it gains several curves along its body along with many angles resembling the old model. The Maruti WagonR offers with a roomy space in the boot

As for the Swift, it is a bit longer and also wider than the WagonR. However, speaking of the height, it cannot be compared to the tallboy WagonR with 1700 mm in height, while the Swift stands at 1530mm. With the design, previously, the old Wagon R models were built on the smaller A platform. Now, the third generation of Wagon R can benefit from with the new advanced Heartect platform in terms of the performance in crash tests with a lighter kerb weight, dynamics as well as the roomier cabin.

However, the outgoing model still misses out the appeal as regards to the width. It is among the argument that this new model of WagonR is bolder with moderness but is boring with flab-sided.

Conversely, the Maruti Suzuki Swift is among one of the funky and sporty models in its segment. Albeit retaining the design essence of the earlier models, the Maruti Suzuki Swift still offers a modern look. As a matter of fact, an increase as for the dimension has contributed to the sportier stance. Hence, as a competition for the beauty look, it is undisputed that Swift would be the one who wins the game. The Swift looks funky and sporty

If the second generation of WagonR equipped with projector headlamps and alloy wheels in the top-spec Vxi+ variant which is named as the Stingray, this new WagonR will be offered with multi reflector halogen headlamps. Meanwhile, the full wheel covers will be reserved for the top-spec variant, the Zxi. Maruti Suzuki also offers 14-inch alloy wheels as optional accessories for the third-gen of WagonR. Apart from the large pull-back headlamps, the side profile also witnesses a shoulder line running along the car.

At the rear, the license plate is placed quite unusual on the boot lid. The tail with water-fall shape also makes the car look contemporary. However, the WagonR still misses out the DRLs (daytime running lights) even with the top-spec variant. The WagonR is available with multi-reflector halogen headlamps

Regarding the Swift, its front fascia looks more mature than the old Swift and also the Wagon R. The car model gets a redesigned headlamp unit which sports the projector headlamps and LED daytime running lights which is lacked on the WagonR. The new Swift has witnessed turn indicators in the headlamps unit that are pushed towards the grille, instead of being placed away like the earlier models. It is equipped with a large hexagonal grille along with vertical slats in the honeycomb mesh. On the side profile, the handle of the rear door is placed on the C-pillar seen on the Chevrolet Beat. Additionally, it is packed with new precision-cut dual-tone alloy wheels. At the rear, the car offers LEDs in a refreshed tail lamp unit with wider boot lid and a new bumper. Regarding the interior, the WagonR comes with a dual-tone beige-black colour scheme, in which the lighter colour theme seems to dominate the dark theme.

The WagonR top specs variants are well-equipped with the smart-play studio function. This is also the latest technology of Maruti for the touchscreen infotainment unit. Additionally, it offers Apple CarPlay apart from Android Auto along with bluetooth which is available in 2 front speakers delivering quite medium sound quality. The WagonR comes with a dual-tone beige-black colour theme

Be identical from the dual tone them of the WagonR, the Maruti Swift interior gets a black colour concept. This also makes it sportier than the Wagon R. However, it still lacks a great headroom like the Wagon R. The Maruti Swift is available with touchscreen infotainment equipped Apple CarPlay and Android Auto.

Although the longer size of wheelbase helps the Swift offer a tad higher leg room, it falls to provide enough luggage carrying space. In particular, the Swift offers a boot capacity of 268-litres. This is considerably less than the 341-litres the Wagon R offers. Maruti Swift vs Maruti WagonR Features: Which is safer and more convenient?

The safety features are also enhanced than its previous version. The tallboy is now equipped with a ABS, driver airbag, speed-sensing door lock, ISOFIX child-seat anchor, high-speed alarm, impact-sensing door unlock as well as seatbelt warning across. The safety feature list of the top-spec variants is added with dual front airbag and central locking with remote control. The Swift comes with the more or less the same safety equiptment. However, notably, the Swift sports ABS as standard.

As aforementioned, the Maruti WagonR 2019 is only available with 2 petrol engines which are underpowered 1.0-litre and the more powerful 1.2-litre since the CNG variant is not on offer. The underpowered K10 petrol engine is also seen in the earlier model. Now, it will be equipped the latest model without any tweaks. It can develop a maximum power of 67 PS and a peak torque of 99 Nm.

Notably, the bigger one is also the K12M motor powering the petrol variant of the Swift. All of which are based on the same latest tech of Maruti, Heartect platform. This motor can generate 83 PS and 113 Nm outputs. Apart from the similar Wagon R K12M  engine which is the 1.2-litre petrol mill, the Swift also offers a D13A 1.3-litre diesel engine. All that mentioned come with a 5-speed AMT and a 5-speed manual. Since this K12M 1.2-litre petrol engine is also seen on the WagonR, it delivers exactly the same maximum power which is 83 PS with a peak torque at113 Nm. For the latter, it can churn out 75 PS and 200 Nm.

In the competition of powertrain, we could say there is no obvious winner since the K12M engine in the new Wagon R is as powerful as the Swift.

>>> Also read - Why you should buy Maruti Suzuki Swift: Pros and Cons

6. Maruti Swift vs Maruti WagonR Top speed: Which is faster?

Both of the Swift and Wagon R are not much of a performance. Instead, these models are built for the city driving rather than highway driving. However, if we put these two cars on a race, it is likely that Maruti Swift will win since the Swift features a higher top speed than the Wagon R.

Despite powering the same petrol engine, the Maruti WagonR fails to compete the Swift as for the fuel efficiency. Particularly, the Wagon R 1.2 offers 21.5 km/l in terms of ARAI certified fuel efficiency. Meanwhile, the petrol variant of the Swift can manage to offer a bigger ARAI mileage figure of 22 km/l.

However, surprisingly, the WagonR 1.0 with less power than petrol variant of the Swift, offers 22.5 km/l which is slightly higher than the Swift. As a matter of fact, the mileage from the two variants of the WagonR and the petrol powered Swift could be the same.

More importantly, the diesel powered Maruti Swift can offer an ARAI tested fuel efficiency of up to 28.4 km/l. This also makes the way for Swift to the top one of the most fuel efficient cars in the segment.

8. Maruti Swift vs Maruti WagonR Price Ex-showroom: Which is cheaper?

Concerning the price, the Wagon R has always been more affordable than the Swift. However, for the variant Wagon R 1.2 and Maruti Swift 1.2 petrol versions, Maruti Suzuki has set the price quite close to each other. The Wagon R with 2 engines - 1.0 and 1.2 is overlapping the Maruti Swift as for the price.  For the variants, the 1.2-litre option of Wagon R comes with VXI and ZXI trims while the Swift offers 4 grades which are

Notably, the WagonR 1.2 VXI is Rs 10,000 less than the Maruti Swift LXI, in which, both models are available with an optional AMT. However, as for the top-specs Swift petrol, it is even Rs 2 lakh costlier than the top-trim 1.2 Maruti WagonR.

In the market, Maruti Swift and Maruti Wagon R are not direct competiors. In fact, two models are coming from the same car maker, and Maruti Suzuki is targeting different market. For that reason, each car will take on different rivals. In case of Maruti Swift, this hatchback is competing in the space of more premium hatchback against the likes of Ford Figo, Hyundai Grand i10 and Ford Freestyle.

In Maruti Suzuki's line-up, Maruti Swift is positioned above the Maruti Wagon R. For Maruti WagonR, this hatchback is challange other models in the entry-level  hatchback like Hyundai Santro, Datsun GO and Maruti Celerio. Other potential competitors for this hatchback are Tata Tiago, Maruti S-Presso, and Renault Triber.

11. Verdict: Which model is worth buying between Maruti Swift vs Maruti WagonR

Both carrying the Maruti Suzuki’s prestige, Maruti Swift and Wagon has done well in the segment. However, it could be the WagonR winning our heart with terrific pricing, a strong performance from the 1.2-litre engine and also higher practicality. IndianAuto highly recomends using the Maruti Wagon R if you want a practical car.On the other hand, Maruti Swift comes as a well-round model with both good look and decent performance. To form a better judgement about other car models in the Indian market, check our our list of comparison articles here. 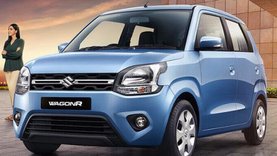 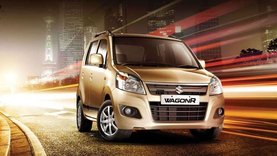