The all-new Maruti XL6 is a premium iteration of the large-selling Maruti Ertiga in India. Just about a week ago, Maruti Suzuki launched the XL6 in India at the price starting from Rs 9.79 Lakh (ex-showroom, Delhi). In a bid to emulate the success of the Maruti Ertiga which is known as the donor model of the XL6, the company has spiced up things around new MPV, all the ways to make it a more premium, handsome-looking and practical people-mover than ever. The Maruti XL6 requires a premium of Rs 70,000 over the Ertiga and interestingly, it rivals its own donor car, the Ertiga and some other MPVs in the segment. Other than that, the new XL6 even becomes a major contender to some SUVs and models in the SUVs and crossovers department, especially the Honda BR-V. Our Maruti XL6 Vs Honda BR-V comparison should help you see how these two cars stack up against each other.

2. Maruti XL6 vs Honda BR-V Dimensions: Which Is Bigger?

Look at the dimensions of the Maruti XL6 and Honda BR-V in the table below:

3. Maruti XL6 vs Honda BR-V Design: Which Is Better Looking? The current Honda BR-V was introduced in Indian back in 2016 as a viable alternative to the Hyundai Creta, Mahindra Scorpio or the Renault Duster. During the days of its launch, Honda believed that the “tough appearance” of what they called an “urban utility vehicle” and the convenience of the third throw of seats would help the BR-V appeal to the Indian buyers who have been getting more and more inclined towards the SUVs segment. However, the SUV doesn’t look butch or rugged as compared to its competitors, either in the past or in recent days. Its front end is quite familiar to us as it stays in line with other Honda models. In fact, one could mistake the BR-V to the discontinued Honda Mobilio which seemed to have a similar face in a more muscular body. The Honda BR-V features a set of angular headlamps with a big chrome grille at the front, giving the SUV an aggressive stance. Like many other SUVs, the BR-V also gets the outdoor treatment of roof rails, front and rear silver skid plates, diamond-cut alloys and side body cladding. When compared to the Maruti Ertiga, quite obviously, the Maruti XL6 is more rugged in its look. What makes it even special is a whole bunch of crossover-ish design elements like roof rails, front and rear skid plates and black body claddings, adding to the aggression and sportiness of the car. Hence, despite being a six-seater multi-purpose vehicle, the XL6 still makes it up for its aggressive exterior styling and has enough cues to take on an SUV like the Honda BR-V. Its front end has been redone to set it apart from the Ertiga. The hexagonal front grille with two chrome slats connecting two full-LED headlamps looks completely new and unique. The front bumper looks chunkier while the fog lamps are repositioned for the better convenience. Unlike the BR-V, the XL6 employs a set of multi-reflector full-LED headlamps with LED DRLs at the front while the rear fascia of the MPV gets refreshed bumper, skid plates and vertical reflector. While the design is something that is a matter of personal choice, our belief is that the new Maruti model is the winner of this section of our Maruti XL6 Vs Honda BR-V comparison. Maruti Suzuki positions the new XL6 as a more premium offering and retails the latest MPV through its NEXA outlets. Therefore, it comes as no surprise that the XL6 receives a handful of premium bits on the interiors front, all the ways to lift the upmarket feel inside the vehicle. Though the dashboard layout and the dials are passed from that of the Ertiga, the XL6 carries an all-black interior theme that does add more to its upmarket look. The leather-wrapped seats with the knitted roof lining are some other elements that upscale the premium quotient of the model. The icing on the cake here should be at the XL6’s middle row. The Ertiga’s bench has been replaced by a pair of individual captain seats which make it easier to get into/out or to ingress/egress. Meanwhile, once you hop into the cabin of the Honda BR-V, you’ll notice the good visibility and an airy feel it has to offer, thanks to the massive glass area. In fact, the rear visibility is often a matter of concern for many 7-seaters but that’s not the case of the Honda BR-V. The dashboard layout of the BR-V looks pretty nice too, but it seems a bit outdated. While the Maruti XL6 is available with an advanced infotainment touchscreen, almost all variants of the BR-V miss out on this option. The BR-V is without doubts, quite a long SUV so the presence of parking camera is quite necessary but again, this feature is given a miss on almost all trims, except for the top-spec VX model. Whereas, the Maruti XL6 offers enough safety kits, including ABS, EBD, ESP, rear parking sensors, rear parking camera, ISOFIX child seats mount and more. Further, the cruise control, centre armrest for the driver are also not available on the SUV but do arrive on the MPV counterpart. Again, the new model from the country's leading car manufacturer is the winner of this part of our Maruti XL6 Vs Honda BR-V comparison.

4. Maruti XL6 vs Honda BR-V Engine Specifications: Which Is Better In Terms Of Performance?

Both the Maruti XL6 and the Honda BR-V use the same 1.5-litre petrol engine but for different states of tune. While the 1.5-litre K15B petrol burner of the XL6 can churn out 104 PS of max power and 138 Nm of torque, the BR-V’s 1.5-litre i-VTEC engine is capable of producing 116 PS/ 145 Nm of torque. Besides, the Honda BR-V is also powered by a 1.5-litre i-DTEC diesel motor which delivers 100 PS of max power and 200 Nm of torque. The XL6 comes mated to a 5-speed MT and a 4-speed torque converter on the table while transmission choices of the BR-V comprise a 6-speed MT as standard along with a CVT with paddle shifters for the petrol mill. In this section of our Maruti XL6 Vs Honda BR-V comparison, the Mobilio-based SUV from Honda win as it offers a diesel engine option.

5. Maruti XL6 vs Honda BR-V Top Speed: Which Is Faster?

Honda BR-V and Maruti XL6 seem to share the top speed of around 160 - 170 kmph. However, in terms of acceleration, the BRV now proves the advantage of being an SUV with its capability to travel up from 0-100 kmph in 11 - 12 seconds merely. the Maruti XL6 makes do with 14 seconds to rev to 100 kmph from a standstill.

Compared with the equivalent petrol-powered BR-V, the XL6 turns out to be more frugal than the SUV counterpart.

The premium Ertiga-based MPV can achieve an ARAI-certified fuel efficiency of 19.01 kmpl (for manual versions) and 17.99 kmpl (for automatic configurations). Honda BR-V Petrol returns a lower fuel efficiency figure of 16.0 kmpl (automatic) and 15.4 kmpl (manual). However, what tips the balance towards the BR-V its economical diesel engine option. The diesel-fueled SUV can deliver a fuel mileage of up to 21.9 kmpl.

7. Maruti XL6 vs Honda BR-V Price: Which Is Cheaper?

Price of the new XL6 ranges from Rs 9.79 Lakh to Rs 11.46 Lakh (ex-showroom, Delhi). As stated above, the Maruti XL6 costs approximately Rs 70,000 to Rs 84,000 more than the Maruti Ertiga regarding their corresponding variants. For that price increments, the XL6 is apparently more premium and looks more upmarket both inside and out. Meanwhile, the Honda BR-V sits a bit higher in terms of price at the range of Rs 12.71 Lakh to Rs 12.85 Lakh (ex-showroom, Delhi).

The new Maruti XL6 has to fight tooths and nails with some premium MPV cars in India like Toyota Innova Crysta, the likely-to-be-launched Toyota Rush and more.

Unlike the MPV, the Honda BR-V SUV is facing the fierce rivalries from the current and upcoming 7 seater cars of India. It competes with some models like Hyundai Creta, Renault Duster, Maruti S-Cross among others.

10. Maruti XL6 vs Honda BR-V Verdict: Which Car Is Worth Buying?

It is quite clear that the Maruti XL6 is one way or another better than the Honda BR-V. Given the lacks of features and a plain-looking styling design for the SUV, the BR-V looks totally inferior when compared to the Maruti’s offering. Hence, it's the new Maruti model that wins our Maruti XL6 Vs Honda BR-V comparison. If you are looking for a true-blue SUV that offers a decent amount of space, the BR-V is quite a good deal. However, in case you are in the market for a value-for-money spacious family mover and willing to compromise on the diesel configurations, the XL6 is nothing other the best option for you.

Kindly update more car comparison articles of other vehicles on our website- IndianAuto. You could check out other comparisons on Maruti cars or see how Honda cars would compare with other models of their respective categories on our platform as well. 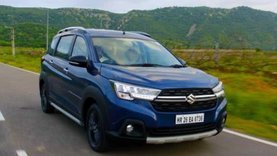 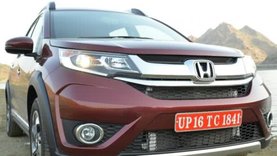 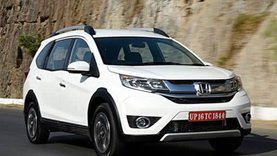