India’s sub-four-metre sedans segment has even run faster than the much sought-after sub-4-metre SUVs and crossovers segment in the fiscal year of 2019.

The three-box car, which was crumbling from years of neglect, has got back on the rails in FY 2019. Note that the buyers’ interest has been in decline due to the ongoing Lok Sabha election and the overall passenger vehicles segment saw a significant sales dip during the first months of the fiscal year 2019. Therefore, it comes as a big surprise that the three box car market has bounced back in that tough phase to become the fastest-selling sub-segment in our country, even outnumbered the SUVs and crossover segment. The sub-four-metre sedans sub-segment is hot again with a large number of vehicles registered in FY-19.

In specifics, the sub-4-metre sedan sales registered up to 4.6 lakh units in FY-19 that posts a 12 per cent sales increase compared to that of the year-ago period. Moreover, the sales volume of three-box saloons also grew by 11 per cent when compared to that of the crossovers and SUVs segment which stood at 3.57 lakh merely in FY-19. Currently, two biggest players in the compact sedans playground- Maruti Dzire and Honda Amaze, thanks to their car brands reputation as well as their sheer novelty values, have helped draw a huge bunch of customers towards the segment. Even the Hyundai Xcent, Ford Aspire, Tata Tigor among others witnessed a considerable decrease in terms of sales in FY-19, the cumulative sales of Honda Amaze and Maruti Dzire were still good enough and almost equal to the overall volume of the sub-4-metre SUVs and crossovers market. 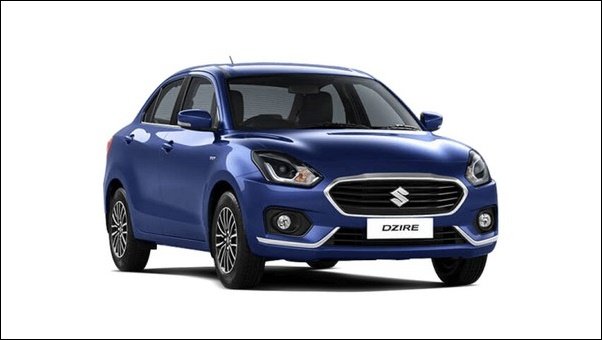 The Maruti Dzire and Honda Amaze are the two biggest contributors in the exponential sales figures of the three-box cars market.

Not to mention that these sedans are highly recognized family cars for people to adopt, they are usually positioned nearly Rs 1 lakh lower than the SUVs and crossovers enemies. More importantly, these cars are extremely aggressive on design and adequate on their ground clearance, both of which are, in fact, attributed to the core strength of the crossovers and SUVs counterparts.

“Its bold styling and premium offering appealed to the customers in the smaller cities and more than 70% of Amaze sales have come from Tier-2 and 3 markets. More than 8% of Amaze buyers were initially considering buying a compact SUV,” said Mr Rajesh Goel, Director of Sales and Marketing, Honda Cars India.

To tell the truth, the exponential sales growth of the Honda Amaze is at the expense of other models in the aggressive competition as well as of similarly priced Honda products themselves. According to some experts, the SUVs will tower over the sedan segment in the popularity stakes in India in times to come but there will still be, for sure, a large number of buyers in the group who are in favour of a three-box sedan model.