Honda to launch a new compact SUV which will sit under HR-V SUV in the company's line-up. The all-new model will be based on the new-gen Honda City.

Reports suggest that Honda has initiated working on an all-new Honda City SUV car, which will hit the shores of Japanese as well as some international markets. The upcoming SUV of the Japanese automaker will sit under HR-V SUV in the brand's line-up. Along with this new compact SUV, Honda has also started working on the new-gen HR-V. The all-new compact SUV will be below 4 meters in length and is expected to rival the likes of Toyota Raize and Suzuki Jimny. On its local launch, the new model will lock horns with the likes of Maruti Vitara Brezza. Moreover, the upcoming compact SUV will be based on the new-gen Honda City, which is scheduled to hit the Indian shores in the coming months. The all-new Honda City SUV car will share its engines along with interior components with the upcoming sedan, which will help the carmaker to keep the manufacturing cost in check. Reports suggest that the all-new upcoming SUV will get propelled by two petrol powertrain options, which consists of a 1.0-litre, three-cylinder, turbo-petrol motor, and a 1.5-litre, naturally aspirated motor coupled to the company’s hybrid system e-HEV. The former puts out power and torque outputs of 120bhp and 200 Nm, while the latter offers 119bhp and 144 Nm of twisting force.

One can also expect Honda to introduce a diesel motor for this sub-four meter SUV, but it only depends on the market where the SUV is sold. In India, the all-new compact SUV will rub its shoulders with the likes of 2020 Maruti Vitara Brezza, Hyundai Venue, upcoming Kia Sonet, Ford EcoSport, and Mahindra XUV300. 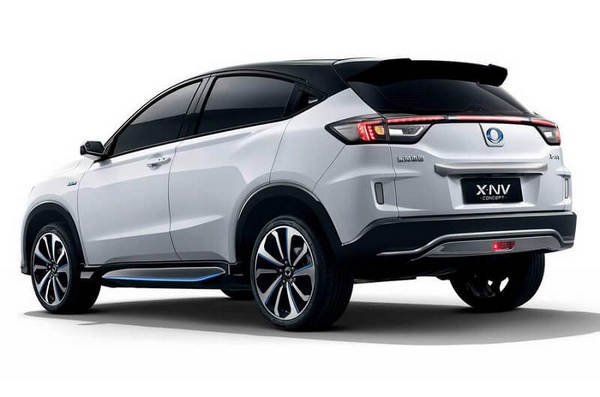 Along with the new compact SUV, the Japanese carmaker is also working on a new four-meter-plus SUV. The SUV will sit between the compact SUV and HR-V in the company’s stable. This SUV will rival with 2020 Hyundai Creta, Kia Seltos, MG Hector, and Nissan Kicks.