The hotly-anticipated Tata Harrier SUV has been launched in a price range of Rs 12.69 lakh to Rs 16.25 lakh. This premium-sized SUV has the potentialities to become a formidable competitor against other vehicles in the same segment.

The hotly-anticipated Tata Harrier SUV has been launched in a price range of Rs 12.69 lakh to Rs 16.25 lakh. This premium-sized SUV has the potentialities to become a formidable competitor against other vehicles in the same segment. The homegrown automaker has offered the Harrier SUV in four variants: XE, XM, XT and XZ and five exterior paint schemes: Orcus White, Telesto Grey, Ariel Silver, Thermistor Gold, Calisto Copper. More noteworthily, this flagship product of Tata is well-equipped right from the base variant. The base XE** variant of the Harrier SUV features projector headlamps with bulb-shaped LED DRLs and LED tail lamps in the outside; 4-inch LCD information display for the driver, 4-way adjustable driving seat, air conditioner vents inside the cabin. Its safety features include two front airbags, ABS with EBD, automatic door lock and rear parking sensor.

On the other hand, the top-spec XZ variant is replete with a wide list of more advanced features both in terms of the exterior and the interior. Specifically, some of its prominent exterior features are

Entering the cabin, you will even be more surprised by the top-notch features that the vehicle offers, which include The Tata Harrier SUV is underpinned by a refined version of the Jaguar Land Rover’s D8 platform. It is powered by a 2.0L diesel motor sourced from Fiat, which can churn out a maximum power of 140 PS and a peak torque of 350 Nm. The transmission duties are undertaken by only a 6-speed MT gearbox. The fuel efficiency of the Tata Harrier has not been revealed by Tata Motors. The motor is coupled with the Multi-drive 2.0 system which offers three driving modes: Sport, City and Eco. The ESP terrain response setup provides three other modes: Normal, Rough and Wet. These two systems make the handling and riding quality as good as possible. 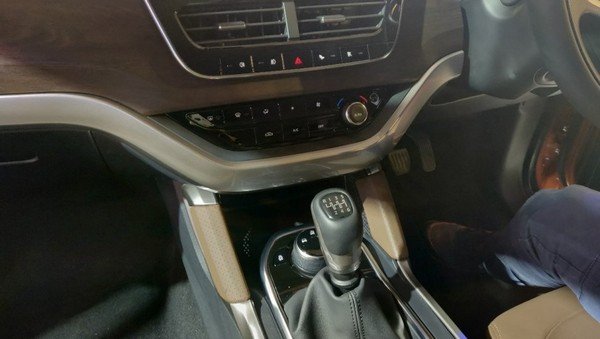 The Harrier SUV has been priced in a range of Rs 12.69 lakh for the base variant to Rs 16.25 lakh for the top option. With this price range, the Harrier poses a considerable threat to other vehicles in the same segment like Hyundai Creta, Jeep Compass, Hyundai Tucson and Mahindra XUV500.

Refer to the table below to check the price list across the variants of the Tata Harrier.