Hyundai will launch Aura with two petrol engines and a diesel motor. It'll rival against the likes of Maruti Dzire and Ford Aspire.

After confirming the name of its all-new upcoming compact sedan a few days back, the Korean carmaker has now unveiled the engine options for the Hyundai Aura. The Hyundai Aura will be offered in our market with three BS6 compliant engines; consist of two petrol engines and one diesel motor. We are quite familiar with all three engines- a 1.2-litre four-pot petrol, a 1.2-litre three-cylinder diesel, and a 1.0-litre turbo-petrol. In BS4 guise, the 1.2-litre petrol mill develops a max power and torque output of 83hp and 114Nm repectively, and the 1.2-litre oil-burner churns out 75hp and 190 Nm. We expect the BS6 compliant engines to offer the same power output as the current ones. Along with Hyundai Aura, these new powertrains will also propel the Hyundai Xcent which will remain on sale in the Indian markets for sometimes now. 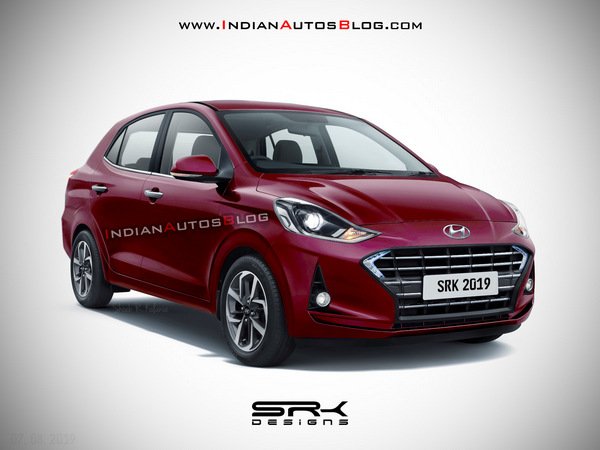 The Hyundai Aura will be offered in our markets with three BS6 compliant engines which consist of two petrol engines and one diesel motor.

As for the 1.0-litre turbo-petrol engine, it is the same unit which powers the Hyundai Venue but in a lower state of tune. Similar to the upcoming sportier version of Grand i10 Nios (expected to launch early 2020), the Aura turbo-petrol is expected to produce 100hp. The company has also stated that Hyundai Aura gets a Lean NOx Trap (LNT) to assist the 1.2-litre oil-burner to meet the stringent BS6 norms, rather than the more complicated and expensive selective catalytic reduction system used on a few other, more expensive diesel car and SUVs. Along with Hyundai Aura, these new powertrains will also propel the updated Xcent which will remain for sale into the Indian markets for sometimes now.

Hyundai has also revealed the gearbox options to be offered with each version of the Hyundai Aura. The 1.2-litre petrol and diesel engines will be available with a 5-speed manual transmission and automated manual transmission (AMT). These are the same engine and gearbox options as the current Hyundai Grand i10 Nios. On the other hand, the 1.0-litre, turbo-petrol trim will only come with a 5-speed manual gearbox. Once launched, the Hyundai Aura will rub shoulder with the likes of Maruti Suzuki Dzire, Honda Amaze, and Ford Aspire.