Best 4 Cylinder Cars In India With Prices and Specifications

If you are seeking high and low for the best 4-cylinder cars in India, you've come to the right place! Here is the list of most popular cars with four-cylinder engines in the country.

Indian buyers not only love value-for-money quotient, but are also considering other factors like power, fuel-mileage, refinement, and reliability, when buying a new set of wheels. While a three-cylinder engine helps to keep the cost quite low, customers are forced to suffer from the vibrations, noise, and harness levels, all of which are either absent or well-controlled on four-cylinder units. Therefore, 4-cylinder engines have acquired immense popularity and most of the cars in India use that engine configuration in their lineup. If you are looking to buy one of these as your next new vehicle, here is the list of ten best 4 cylinder Cars In India with updated information on the basis of prices, specifications, fuel mileage, and more.

The Maruti Swift has been a tremendously popular car name in India for a long time now. It has been crowned as the king of the B1 hatchback segment ever since its first launch in 2005. Maruti Swift is one of the most fun-to-drive cars out there, all thanks to its good steering, lightweight architecture, and especially its modern 1.2-litre 4-cylinder K12 engine unit. Compared to the initially-equipped free-revving 1.3-litre 4-cylinder motor, the new engine might be a bit lower in its performance stakes but does better vis-à-vis the fuel efficiency and refinement, as well as discharging lower emissions. The small car can deliver an ARAI-tested 22.0 km per litres and comes with an AMT option, thereby offering a good drive in the stop-and-go traffics. The Maruti Swift also comes cheap in terms of price and the maintenance cost hence it easily becomes one of the most affordable 4 cylinder cars in the country.

Also Read - Best Cars Between 10 to 15 Lakhs in India With Prices, Specs

Next up in our list of best 4-cylinder cars in India is the Maruti WagonR. In its third-gen avatar, the 2019 WagonR, comes in a choice of a 1.2-litre 4-cylinder engine that also powers the Maruti Swift, Ignis, and Dzire siblings. Like in the Swift hatchback, the WagonR’s 1.2-litre 4-cyl engine can deliver a nice mix of power and fuel mileage, giving it a competitive edge over its arch-rival in the segment like the Hyundai Santro. Another highlight in this four-cylinder car is the new fifth-gen HEARTECT architecture that the model is based on. Thanks to this modern platform, the WagonR is a lightweight car and this (along with power and torque) makes it an enjoyable drive for all kinds of driving conditions in India.

The Maruti Swift’s main market rival, Hyundai Grand i10 also deserves to be named here in the list of best 4-cylinder vehicles of India. Hyundai Grand i10 has been a true successor for the South Korean company for quite some time, easily on top 10 bestselling cars of India on a monthly basis. Now in its third generation model, the Hyundai Grand i10 comes with a 1.2-litre gasoline engine from the company’s Kappa family engines, which also powers the popular Hyundai Elite i20. 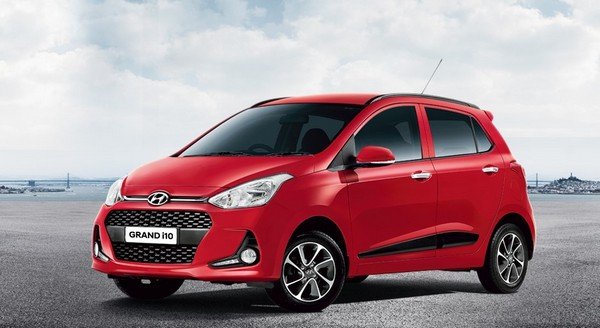 Like the K-Series motors, the Grand i10’s Kappa engine can put out a high level of refinement without having to compromise on the performance stakes. Power and torque output are quite similar to the Maruti Suzuki offering but the transmission choices are quite different. The Grand i10 is the only car here to be integrated with an optional automatic torque-converter as well as a budget-friendly AMT unit. From these, the Hyundai Grand i10 is essentially among the best compact car under 6 lakh in India. Recently, Hyundai has introduced the premium iteration of the Grand i10, named the Hyundai Grand i10 Nios which has also witnessed a decent sales volume from its launch.

Hyundai Elite i20 is one of the first premium hatchbacks to be sold in the country, and its latest model upholds that legacy. Marketed as the perfect fusion of excitement and comfort, the Hyundai Elite i20 runs on an attractive-looking silhouette flaunted by the company’s Fluidic Design language. The Hyundai Elite i10 also goes premium for its interior and space. It looks upmarket with a sophisticated dashboard layout, high-quality materials all around and a decent features package. The icing on the cake here is the 1.2-litre Kappa petrol engine that we’ve already mentioned in the Grand i10 model. This engine delivers a punchy performance combined with high refinement quotient along with a great ride and handling balance. What’s even better is that the Elite i20’s 1.2-litre engine can be had with an AMT as an option, making the bumper-to-bumper driving a breeze.

If you are in the market for a “super-duper” B2-segment hatchback car, the Maruti Baleno is one such good example. Maruti Suzuki equips the Baleno with an excellent 1.2-litre petrol motor that features two injectors per cylinder, by the ways offering a fantastic ride quality with great power along with better fuel mileage. Another highlight in the Maruti Baleno is its modern styling design as well as a spacious and well-equipped cabin that gives its occupants a comfy driving experience, not to mention the lucrative price bracket it offers. The Baleno is easy to maintain without straining your pocket too hard. Owing to all these factors, the Baleno is the hottest-selling model in its category.

Honda always comes as one of the most respected car brands in India. The Honda City has been out there in the market for a long time now but it never loses out its charms to other younger players in its class. In fact, the Honda City has continuously been one of the most sought-after premium sedan offerings in India, thanks to its 1.5-litre 4-cylinder gasoline powerplant. This kind of engine helps return a segment-leading power figure together with the staggeringly high fuel efficiency that not so many other rivals can offer. 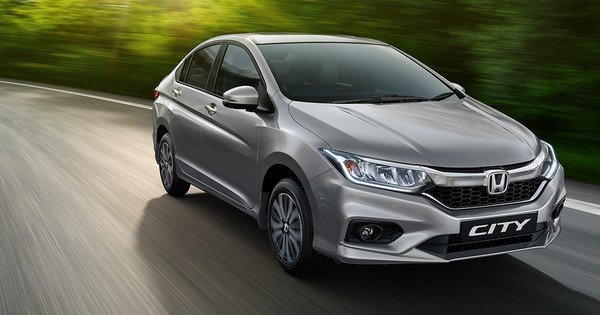 Other traits of the City sedan include an upmarket design, a comfortable and spacious cabin, a range of premium features and high resale values. Also, you can find a good used Honda City available for sale from across the cities in India.

Maruti Ciaz has been selling like hot cakes in India for many reasons, one of which is the 1.5-litre 4-spot petrol engine it has on tap. This engine makes the Ciaz a powerful car that still scores well in terms of frugality. 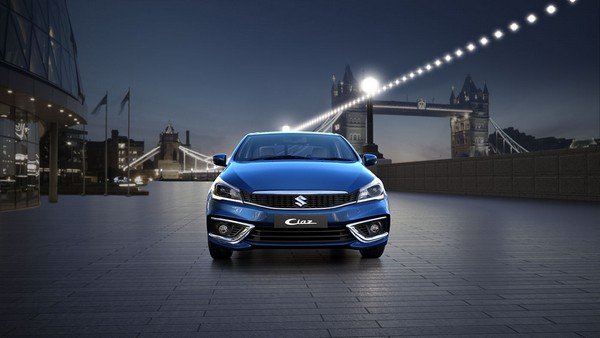 The Maruti Ciaz is also a highly comfortable car. It offers the best-in-segment cabin space replete with a whole bunch of premium features all through the corners. The long list of features of the Ciaz comprises of LED projector headlamps with DRLs, 16-inch alloy wheels, leather upholstery, a 7-inch touchscreen infotainment system, automatic AC along with cruise control, and more. Retailed through the company’s premium NEXA outlets, the Maruti Ciaz sales surpassed 2.7 units milestone after five years in the market in October 2019.

What are you looking for? A good-looking SUV? Check. A feature-laden cabin? Check. A powerful set of engines. Check. Hyundai Creta is one of those cars that offer almost everything you can ever need. In truth, the Creta hardly needs any of an introduction as it has been a common name among the Indian car lovers for quite a long period. It is one of the most-selling SUV in the country and a part of its success is on the account of the powerful 1.6-litre 4-cylinder petrol and diesel engine units available with both manual and automatic gearboxes. These powertrain setups just give the Creta SUV a performance. Coupled with its decent price tags, making the car a success story.

Hyundai Creta is facing the heat with more modern SUV offerings in India like the Tata Harrier, Kia Seltos or MG Hector but Hyundai has its own preparation. The company is looking forward to the next-gen Creta that is set to launch in the domestic space in 2020.

When compared to the popular Hyundai Creta SUV, the Hyundai Elantra seems to be a modest name. In fact, the expensive pricing of the Elantra prevents the sedan from doing better in the sales chart but still, the Elantra is an excellent 4-cylinder car in India. Amongst the biggest highlights of the Elantra, the potent BSVI-compliant 2.0-litre 4-cylinder petrol engine is the biggest talking point. The powerful motor comes aggressively with 152 PS of power and 192 Nm of torque and is high in terms of grunt and refinement. Notably, despite being in the BSVI era, the Elantra still offers a good fuel efficiency figure of 14.6 km per litres for all versions.

The last model in our list of best four-cylinder vehicles in the Indian market is the Toyota Corolla Altis.  The Corolla Altis, albeit seeing a reduction in terms of sales this year, is still an integral part of the Indian premium saloon segment for more than a decade. Toyota Corolla Altis is a competent 4-cylinder sedan in India. Like the Civic, the Toyota car is available with a 1.8-litre petrol mill that can crank out a max power of 140 PS ad 173 Nm of torque. It also a comfortable saloon with high-reliability which makes it a good option for those seeking an affordable yet luxurious offering.