12 0
A re-auction was organized on Tuesday by the Enforcement Directorate (ED) to sell some cars owned by Nirav Modi, an absconding diamond merchant. One of his most outstanding vehicles is the Rolls Royce Ghost, which was sold at INR 1.70 crore

For your information, an auction had been implemented in April when 12 cars owned by Mehul Choksi and Nirav Modi were on sale. Nevertheless, six of them did not manage to be sold at the price that they deserved. Therefore, two months later, ED decided to organize another auction to sell some of these cars. This time, Nirav Modi’s Porsche Panamera and Rolls Royce Ghost prices were INR 60 lakh and INR 1.70 crore, respectively.

For those of you who have not known, the Nirav Modi’s Rolls Royce Ghost was the most exorbitant vehicle sold in the earlier auction where it was priced at INR 1.33 crore, only INR 10,000 more than the base price announced by ED. Nevertheless, this time, its base price was increased to INR 1.5 crore, so, finally, it was sold at INR 1.70 crore. This Rolls Royce Ghost, which is a 2010 model, carries a VIP registration number and has travelled for about 24,439 km, according to the odometer. This vehicle keeps under its hood a BMW-sourced 6.6-litre twin turbo V12 petrol motor, which can generate a maximum power/torque figure of 562 BHP/780 Nm. This time, Nirav Modis's Rolls Royce was sold at INR 1.70 crore, which was higher than the previous price.

Nirav Modi’s Porsche Panamera was sold at INR 60 lakh in this auction, nearly INR 15 lakh higher than that at the previous auction. The rest of the cars which were on sale at the auction on Tuesday experienced different fates. The three cars which received bids which were lesser than those at the former auction were the Honda Brio, Toyota Innova and Mercedes Benz GL 350. The Honda Brio was sold for INR 2.39 lakh in comparison with the earlier price of INR 3.90 lakh. The Toyota Innova went for INR 8.70 lakh against INR 9.12 lakh previously. The Mercedes Benz GL 350 fetched INR 48 lakh compared to the previous price of INR 53.76 lakh. In the meanwhile, the Skoda Superb previously had got a bid of INR 7.02 lakh; in this auction, remains unsold. 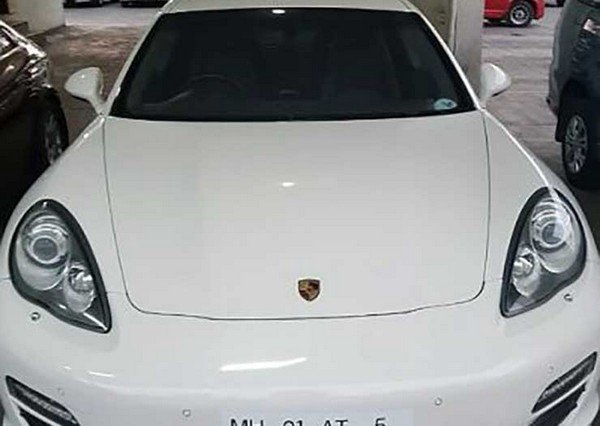 The Porsche Panamera was also sold at a higher price than it was earlier.

Some of the properties owned by Mehul Choksi and Nirav Modi have been seized after they defrauded the Punjab National Bank of INR 13,000 crore through cheating letters. Some paintings were taken from their properties to be put at auction by ED and fetched good prices. The Rolls Royce Ghost was sold for INR 1.60 crores, making the total amount likely to cross INR 2.50 crore.