Top 5 most expensive cars in the world of all time will definitely enchant you.

The number of supercars and hypercars is growing at a fast clip with big names like Ferrari, Lamborghini, Aston Martin and Rolls Royce. Hence, the high-ticket rarities are crowding the top of the market. Even though most of the cars listed here are merely out of the reach for most of us, it is a sheer pleasure just to look at them.

Before getting straight to the list of the most expensive cars in the world, please be aware that most of them are not mass-produced and the price mention below is not the sealed price. These models are limited edition automobiles. Therefore, the manufacturers often keep the price under the wraps and hold auctions to attract their most potential clients. Most of the times, their selling prices are set way above the original.

The most striking feature which is also the selling point of this hyper-expensive car is their headlights which made of 240 15-carat diamonds. It comes as no surprise that the LED blades are also made of 420 15-carat diamonds which are all customizable. It looks like an armoured car with scissor doors whereas the interior looks as if it is going straight out of a sci-fi movie. Built by W Motors, based in Lebanon, this is the first Arab supercar. Apart from its awesome looks, the twin-turbo mid-rear mounted 3.8 liter flat-six boxer. It can produce 780 horsepower through the rear wheels, and a 708 pound-feet of torque. Lykan Hypersport has an awesome look

Obviously, the McLaren P1 LM is not an average supercar, but more or less a street-legal version of the track-only McLaren P1 GTR. The car was converted by the British firm Lanzante, who bought the original P1 built by McLaren. It was made afterwards and sell only to selected buyers in Japan, US, UAE, and the UK.

This sports car is an evolution from the legendary McLaren F1 and the P1 GTR. For instance, it stands out with gold plating surrounding the engine bay with a 3.8  liter twin-turbo V8. The P1 LM is smarter and lighter than the P1 GTR. As of yet, there are only 5 units of this car available so far. McLaren P1 LM is outstanding in the street

Built to celebrate the company’s 50th birthday, the term ‘Veneno’ literally means poison in Spanish. As a result, the design does look deadly. It is the convertible version of the Veneno coupe shown firstly at the 2013 Geneva Motor show, which was one of the four limited version. The 6.5  liter V12 with a seven-speed single clutch ISR automated manual transmission can spin at 8,400 rpm to yield 740 horsepowers and 507 pound-feet of torque. The monocoque made of carbon fibre is heavily inspired by the LP700-4 Aventador. The spring portion is placed on the top of a pushrod-actuated suspension. The total dry weight of this carbon-fibre vehicle is a mere 3,285 pounds, regardless of a full all-wheel-drive system. Surprisingly, only 9 units were produced. What's more surprising, these cars has the incredible resells rates. One of them was sold at $11 million. It was the most expensive car in the world ever produced upon its introduction, and only three being available to customers in the first lot, there was a crazy scramble to get hands on the remaining ones. Koenigsegg CCXR Trevita is one of the most expensive street-legal production cars in the world is coated with real diamonds. ‘Trevita’ is an abbreviation translating into ‘three whites’. The carbon fibers are indeed coated with a diamond dust-impregnated resin, called the Koenigsegg Proprietary Diamond Weave. This technology transformed the fibres from the traditional black to shining, silvery white. These colors make the bodywork of this car renowned throughout for its unique design and perfection. Beneath the coating is a 4.8 liter, dual-supercharged V8 having a total output of 1,004 horsepower and 797 pound-feet of torque. This makes it well-equipped at overtaking semis in the freeway. This car comes with

Only three cars of this model had been initially decided upon, before getting reduced to two, because the carbon fibre made it too difficult and time-consuming for regular manufacture. 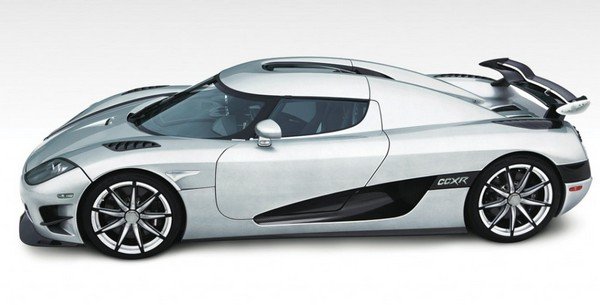 Before gasping at the price, you have to notice that this car is off the markets. That’s because it was made on the recommendations of one specific customer whose name the company has refused to divulge. Rolls Royce is the famous name for its luxurious rollouts. There were only 4,000 Rolls Royce cars manufactured in 2016! This particular exclusive car comes with its custom coachwork, reminiscent of the royal carriages of yore.

The inspiration behind the Sweptail comes from Rolls-Royce classics from the 1920s and 1930s. With the sweeping lines and the coachbuilt quality, it recreates that ethos perfectly. The sunroof is fully panoramic, tapering down sharply like those of the racing yachts, as per the orders of the customer. The interior handcrafted with wood and leather is the hidden attaché cases for holding laptops behind each door. Not much else is available on this most expensive car in the world, except that it is based on the 1920s and 30s models, and looks like a yacht from the back. Top 12 Fastest Cars In The World With Incredible Horsepower