Volkswagen India will be introducing 4 new SUVs in India very soon. Check out all the upcoming Volkswagen cars at 2020 Auto Expo.

Owing to the rising popularity of SUVs in India, every manufacturer in India is rushing to either introduce new models or update their current ones. Volkswagen is also planning to bring a few more SUVs to India. These will include Tiguan AllSpace, T-Roc, ID Crozz EV, and a new Compact SUV to rival Hyundai Creta, Kia Seltos, Jeep Compass, etc. These four VW SUV models will be put on display at the 2020 Auto Expo. As Auto Expo is the biggest automotive event in the country, putting these upcoming Volkswagen cars at Auto Expo 2020 on the pedestal will help the company gain significant public attention. Let’s go through all the details we have on all the above mentioned four SUV models. Volkswagen Tiguan has been on sale in India since 2017 but has failed to generate as many sales as the company had hoped earlier. It has now been confirmed though that VW will be showcasing the Long-Wheelbase version at 2020 Auto Expo. It is unclear, however, whether there will be any changes or not. We do not expect any major updates to happen to the vehicle, except for the change from BS4 to BS6. The current Tiguan is sold with a 2.0-litre diesel motor which produces a max power figure of 145 PS and a peak torque of 340 Nm. The engine will be coupled to a 6-speed Dual Clutch automatic gearbox. VW Tiguan AllSpace will compete against Ford Endeavour, Toyota Fortuner, and the upcoming Tata Gravitas. Prices are expected to be upwards of Rs. 37 lakh. 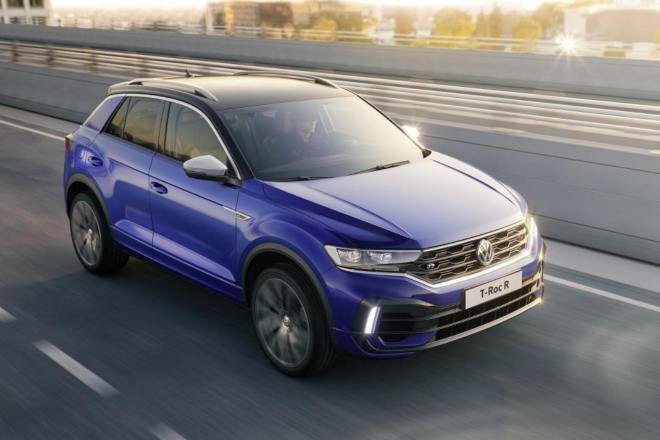 The next SUV on our list of upcoming Volkswagen cars at Auto Expo 2020 is the T-Roc SUV. Volkswagen T-Roc, based on MQB platform, will sit under the Tiguan in VW’s lineup in India. It will be smaller as compared to the Tiguan, more in the territory of Hyundai Creta, Kia Seltos, and Jeep Compass. VW T-Roc is expected to be powered by the same 145 PS 2.0-litre diesel engine as the Tiguan. It will be paired to a 6-speed DSG gearbox, which will offer slick shifts and response. The prices, however, would be the weakest point of this model. While the competitors can be had for as low as Rs. 10 lakh for the base model, VW T-Roc is expected to retail from Rs. 18 onwards. That said, the higher trims and added accessories raise the prices of the competitors by a fairly high margin, thus shortening the gap between them and the T-Roc. Electric Vehicles are resurging nowadays, and every car manufacturer in the world is racing to introduce one in their line-up. Volkswagen is also bringing a new EV soon, and an extremely funky one at that! Volkswagen ID Crozz is a Coupe-styled SUV, based on VW group’s MEB platform. The car is only a concept at this stage, so not many details are known about it yet. Still, this is probably the most exciting upcoming Volkswagen cars at Auto Expo 2020. As for the price of the vehicle, expect it to soar sky-high. Manufacturing electric vehicles isn’t cheap, and considering that this will a CBU import to India, the cost will surely be high. To justify the high costs, the ID Crozz EV will offer great specifications, at least on paper. We expect the driving range to be around the 300Km ballpark and the performance to rival entry-level sports cars. Surely feels exciting, doesn’t it? Apart from the three vehicles above, VW will also be bringing another SUV to India, a compact or sub-compact one at that. Earlier it was expected to be VW T-Cross, but now it seems that it might not be the case. The car will surely be based on the T-Cross though, sharing the same A0 platform as the Skoda Karoq. Volkswagen will be localising most of the production and parts-sourcing in order to reduce prices. This will perhaps be one of the most significant upcoming Volkswagen cars at 2020 Auto Expo.

According to previous sources and some earlier reports, the VW T-Cross will be powered by a 1.5-litre diesel engine that produces 110 PS and 250 Nm of max power and torque respectively. It will be paired to two gearbox choices; a 6-speed manual and a 7-speed DSG automatic. Other than that, there might also be a smaller petrol engine on offer on the lower variants. This could either be the 1.2-litre TSI used in the Vento and Polo GT, or a retuned version of the 1.0-litre TSI offered on Polo, or it could even be a new engine altogether.

This was our list of upcoming Volkswagen cars at Auto Expo 2020. If there are any cars that we missed, please reach out to us at IndianAuto.com.