Automotive Safety is one of the most considerable factors ever since the first car was made while technology has been playing a vital role in it. Here come our intensive insights into the most advanced safety system can be found in cars today.

Blind-Spot detection is basically designed to prevent the vehicles, pedestrians or animals that are in the blind spots of the outside rear view mirrors (ORVMs). Whenever another vehicle or an object enters into the blind spots of the vehicle, it alerts the driver by illuminating a light in the side view mirrors. It also alerts the driver if any movement is found on the front side of the car. By sending continuous alerts to the driver, he/she may get notified and immediately take certain responses according to their situations. Some vehicles also feature an additional audio alert which notices the driver in the form of continuous beep sounds. It’s always an awkward and irritating moment whenever one searching for a space in a congested place has no idea how to drive their vehicle out in reverse. To relieve from such moments, the German luxury car maker BMW had come with their most advanced technology so-called the Reversing Assistant. All should be done is to press a button then you give it full rein to curb the problem, the car will automatically find the room for taking reverse on its own. It also retraces the first 50 metres and will back-up exactly the way one has parked their vehicle. 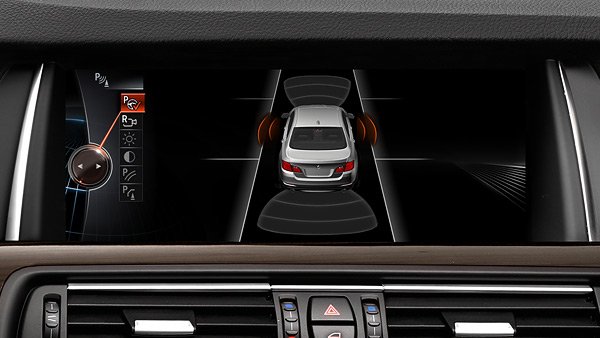 With a push of a button, your car brought out of the parking area electronically

Well, if cruise control is known to you as a feature to maintain a particular speed, it may come as a surprise that the system can even save lives by preventing an accident. Radars placed on the forefront of the vehicle send the signals to the sensors which control the acceleration and braking while the Cruise Control is ON. When the Radar finds a car or pedestrian near the speed range, it will automatically work on their own slow down the vehicle. In case of any possibilities for a potential crash, the seatbelt sensors will tighten up and brake hard to avoid the collision and once it identifies that the road is clear, the system will come back to the real cruising speed with respect to driver’s input. 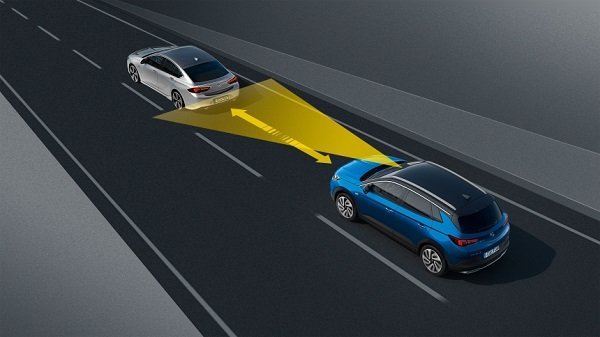 When the vehicle collides fatally at higher speeds, there are more possibilities that the vehicle will turn upside down or rolls down on the road as the aftermath of the collision. Scenarios like this will end up with major injuries for the occupants inside the car and also there’s a huge possibility that the collided car loses its control while rolling over and may hit the other vehicles on the road. For such cases, the Anti-Roll Mitigation/Anti-Rollover Protection will automatically apply the brakes and also modulate the speed of the vehicle so that the car will come under control. 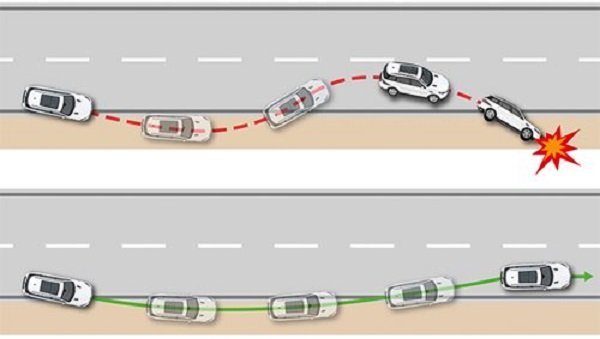 During the time of a collision, the noise of a crash such as the glass shattering, impact on metals and explosive deployment of airbags can make more than 165 decibels of sound which may cause permanent hearing damage due to a sudden rise in sound at a massive level. To bring attention to that Mercedes Benz introduced a pre-safe sound named “Pink Noise” that raises the sound inside the car whenever the sensor detects there’s a possibility for collision thus by contracting the ear muscles by reflex. The Pink Noise will automatically prepare the eardrum to bear extremely loud noise during the crash so that the probability of becoming deaf is reduced. 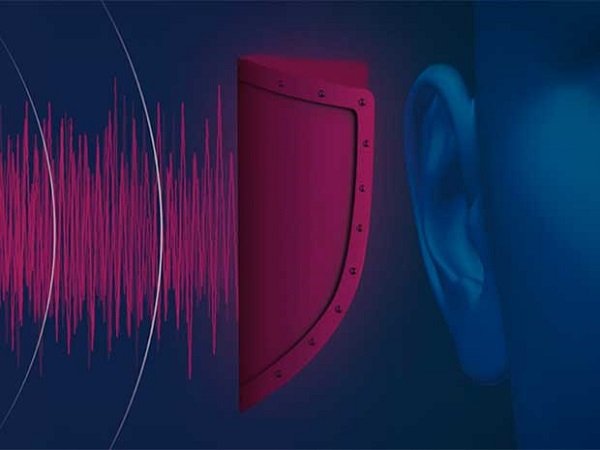 This system will get activated once the vehicle comes across a collision. Once the vehicle crashes down or hit by another car, the emergency response system immediately disconnects the battery terminals from the alternator and also switch on your parking lights so that other vehicles approaching, in the same route, will be notified. The system also sends an alert to their nearby responsive centres about the accident and also makes a call to emergency personnel who informs immediate rescue for the occupants. Driving in the night, it requires more attention on the road than driving during the sun. Whenever a vehicle crosses in our way or the pedestrians struck in the middle of road crossing, we have to be more cautious to not get involved in the crashes. Night Vision Assist technology uses the heat movement with the help of thermal-imaging cameras fixed on the front of the car. The cameras can read the heat movement up to 1000 feet and send the heat signature signals to the ECU. Thus the ECU sends the visualization of the person or an animal on the road to the centre display on the instrument cluster and alerts the driver to pay attention or slow down the vehicle immediately. 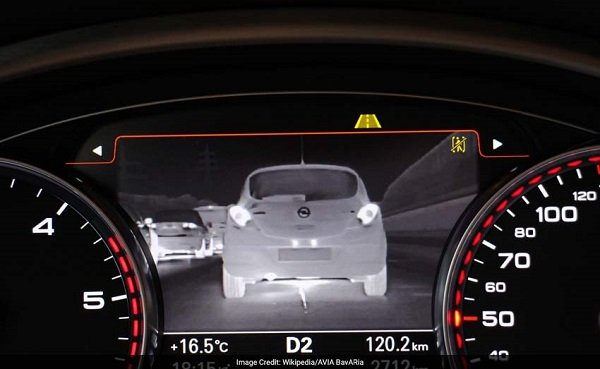 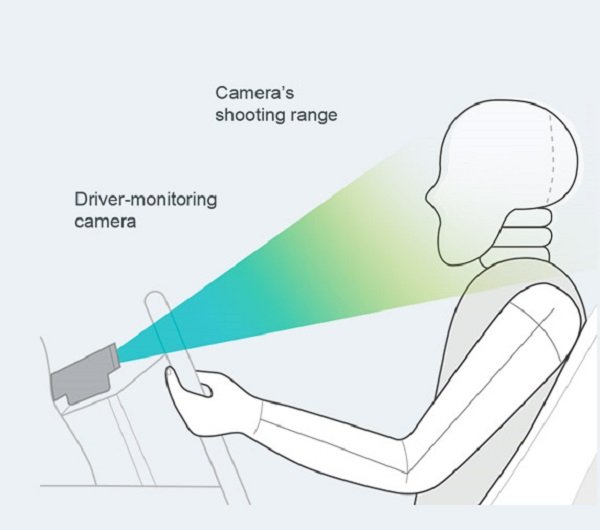 This system continuously analyses the stress with the help of a camera and alerts the driver to take a break.

Driver Fatigue Alert system initially observes the conditions of the driver in both the city roads and highways. Then it judges and modulates the acceleration and braking according to the driving conditions. When the system finds the vehicle is being driven capriciously and moving out of the lanes frequently, it informs the driver by alarming continuous beep sounds so that the driver can take a break on their way. Since the Driver Fatigue Alert is also linked with the navigation system of the car, it can search for the rest lane in the nearby areas. 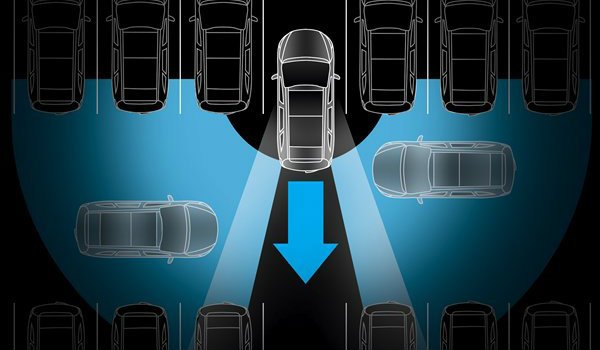 Sensors on both sides of the rear bumper alert the driver in case of any cross traffic while taking the reverse.

This system will eventually help the driver in most situations whenever it’s tedious to bring up the car from a crowded and narrow parking lot. While taking reverse from the parking area or in the corners of the road, it is difficult for everyone to notice the vehicles approaching from the rear and also in the crossways. Rear Cross Traffic Alert System comes to do take over it. The system observes the free spaces, blind corners and rear crossing traffic around the car while reversing and assist the driver in such situations to carefully bring out their vehicles safely. Whenever the system finds a vehicle movement from the rear it alerts the driver by sending both the audio signals and also the visualizations.

How To Improve The Safety Of Your Old Car