If you think that you only have to pay to buy a car, then you’re wrong. After buying you will have to deal with some expenses like replacing some of the critical car parts.

We all have to agree that watching your money go is never a good experience. However, when it comes to dealing with your car’s problems, no matter how bad the pain is, you will have to pay money for them. You must face the fact that no car is going to last forever. From the most modern cars to old the models, they will break down eventually. Averagely, a driver will spend 60 years of his/her lifespan behind the wheel. So, during that 60-year period, according to some surveys, he/she will have to spend almost 3 million rupees to have their car’s parts repaired. It’s a big amount of money. To ease your mind a bit and be better prepared to part with your money the first thing you all need to know is which car parts will often need replacing. Let’s take a look over 5 costly car parts and when they need replacing. Moreover, this article will show you how to extend their lifetime.

How To Detect A Car With Accident History | Detailed Guideline

This can be considered as one of the parts that need replacing the most. There are some signs that you should know to determine if the fuel filter is broken or not. One of the most obvious evidences is that if the “Check Engine” signal on the car’s dashboard is faint, you are likely to have an exhausting fuel filter. Besides, the rough engine, increased fuel consumptioncould be the signs that you should take a look at the fuel filter as well. 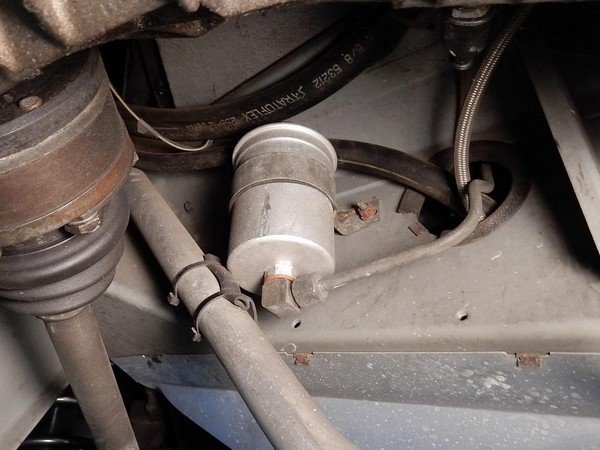 You will have to replace the fuel filter around 25 times

Usually, during a car’s lifespan, you will have to replace the fuel filter around 25 times! It means that the cost can reach up to about 170.000 rupees. Worry not! you can somehow keep it for longer by cleaning the clogging dirt on the surface of the filter. However, almost every manufacturer recommends that you should replace it on schedule.

Like we have all known about wet-cell and dry-cell battery, batteries can also greatly affect the function of a car. So, it’s a very crucial part that will need a lot of your attention. To determine when your car’s battery has died out, there are some signs you should check. If you turn on the key but the car’s engine doesn’t start, it is most likely that your battery needs replacing. Moreover, you can directly check your car’s battery. If there are some blue or white powder appearing, that battery can no longer be used. Maintaining batteries is pretty simple. Batteries are best kept in  cool weather or environment. So, you should place your car somewhere with  the least amount of sunlight. You should also check the headlights and taillights whenever you don’t use your car. For example, when you go to sleep and forget to turn off the car’s light, that’s exactly how to murder your battery in the best possible way.

A battery usually costs about 2,000 rupees to 4,000 rupees. And your car will likely need a new battery approximately 11 to 13 times during its lifecycle, which means that you will have to pay 22.000 to 52.000 rupees on it. Be a smart driver and take care of your car smartly.

Like every other machine, they will eventually get hot when functioning. So, it’s important for them to have something to cool them down during or after the process. Cars are just like that. And their “something” is the water pumper. It’s kind of easy to understand whether your car’s water pumper is damaged or not. By the unpleasant smell from the engine of your car, you can sense that the water pumper has been  damaged or leaked. If you’re still not sure, some cars has the engine temperature on the dashboard, so when it blinks, you should know that there’s something wrong with those pipes. Moreover, some new car has the “Low Coolant” signal on the dashboard. Make sure that you pay real good attention to it. Don’t leave it without doing anything! Your car can suffer from overheating, which also affect other car’s parts! The cost for this replacement totals around rupees during your car’s lifespan. So, it’s best to check your coolant regularly, pay good attention to it and know when to change it. Here is one tip for you! Usually, when the timing belt is damaged and needs replacing, it’s also time to check the coolant inside your water pumper. They likely need to be replaced at the same time.

With its elasticity and durability, timing belt provides  amazing support so that  the engine could perform smoothly. It has 2 surfaces: the outside is smooth and the inside is rough and filled with teeth. Its job is to connect one part of the car to another. When it’s still new, you can feel the smooth and comfortable experience it brings while driving your car. However, when it’s old, especially when the belt worn out, it can cause massive damage to other parts by whipping around while rotating. You can tell when it’s broken by listening whether any screeching sound coming out from the engine. Approximately, a timing belt can cost about rupees. And if you don’t want to spend that much money, you should know how to maintain it. Because the timing belt is made of rubber, the temperature can greatly affect its property. Please store your car in shady areas or garage to keep the temperature at the appropriate level. However, you still have to replace it sooner or later, you should usually check the due date in order to know when is the best time to replace the timing belt.

The head gasket’s purpose is to prevent the engine fluid or coolant leaking into the cylinder. On the other hand, it also helps maximize the compression. So, if the gasket is damaged, the consequence is massive. The cylinder will quickly wear out and cause the engine to get weaker. If the coolant does enter the cylinder, it’ll create the mixture of coolant and oil. It means this will cause serious problems to the car, such as the piston stuck in the cylinder, air leakage and so on. If these consequences still don’t scare you, I don’t know what will. There are some signs you need to know to avoid blown head gasket. When your car doesn’t perform as usual, you should be aware that the gasket must have had troubles, the rattle noise inside your engine. There can sometimes have smoke coming out of the engine. And of course, the “Check Engine” signal.

Your car usually will have to replace the gasket 4 to 5 times throughout its lifespan. The cost can swing from 2 rupees in total. To extend the gasket’s lifespan is nearly impossible, all you can do is make sure the water pumper still perform well in order to prevent the temperature from becoming too hot.