Where are the blind spots of a car?

What is a blind spot and where are the blind spots of a vehicle?

Blind spots indicate the areas which cannot be seen from the position of the driver. These defects exist in certain vehicles, but for some transport means like bicycles and motorcycles, they are not the problem.

Blind spots are the Achilles heel of a car. Over time with the development of the technologies, they are considerably scaled down, however, in some old models, blind spots still post a certain danger to occupants inside a car as well as people driving around the vehicles. On this article, IndianAuto will show you 4 blind spots that every driver should be aware of.

When reversing, taking a corner or a U-turn, the blind spots become increasingly dangerous than the normal driving.

To reduce the danger of the blind spot, it is really important that we are aware and could locate where these blind spots are. The location and the scale of blind spots could vary from models to models. Here are some most common blind spots that you can find in most cars.

When taking a U-turn or lane-switching, drivers should slow down the speed and carefully observe the two side of the vehicles or even turn their head around to take a quick glance at the side area.

In some recent models, the car is prepared with blind spot detection system which could reduce car crash due to blind spots by sending alerts to the driver if there is any moving subject in the unseen area. It is also important to know how to adjust the wing mirror to reduce the blind spots area. 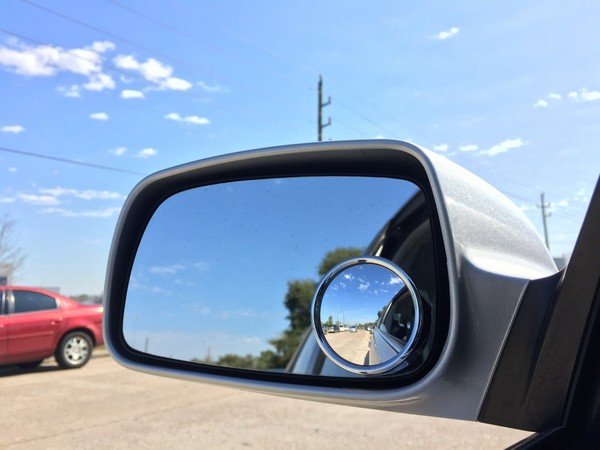 Wing mirrors could not cover the whole area of blind spot

The area behind the car remains one of the largest blind spots of a car. The application of the rear mirror only reveals a small part of the whole blind spot. The rest remains a misery to the driver. It isn't a serious matter if the car just moves forward. However, when the car takes a reverse, the rear side blind spot posts a big challenge for the driver.

To deal with this blind spot, many cars are equipped with the rear side mirror to detect any object appearing behind the car. 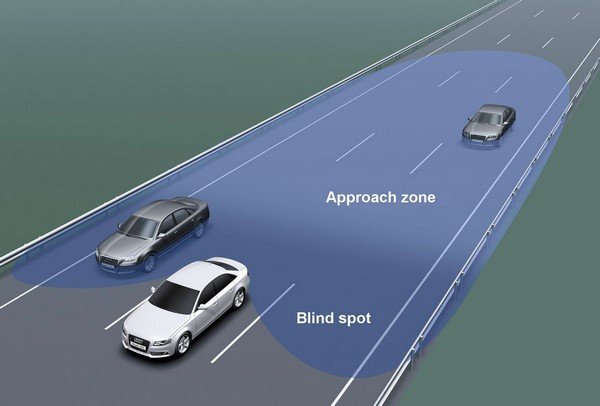 Moving right behind a vehicle could very dangerous

The A-pillars which border the windshield of a car also create blind spots in some certain circumstance. Even though the blind spot caused by the A-pillar is not significant, it could still pose danger to people while transporting. As it is quite unnoticeable, there is a good reason that many would forget about this blind spot, which could lead to many unfortunate accidents.

The good news is that drivers are in the great control of the blind spot as they could easily extend their view by a slight head swing. 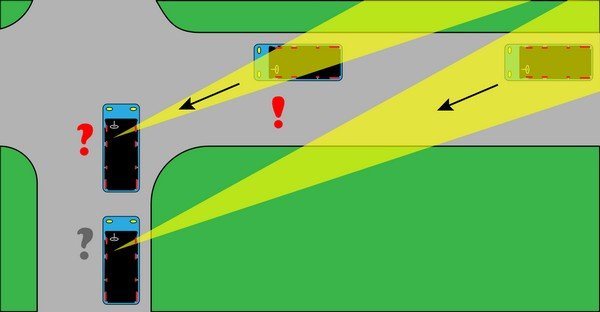 This blind spot mostly exists in the car of the large side, especially cars with high ground clearance. The high clearance could block the driver from seeing the objects on the front side. Many people are not aware of this blind spot and making a disastrous mistake of moving near the head of the massive vehicles or even trying to surpass in front of these vehicles. 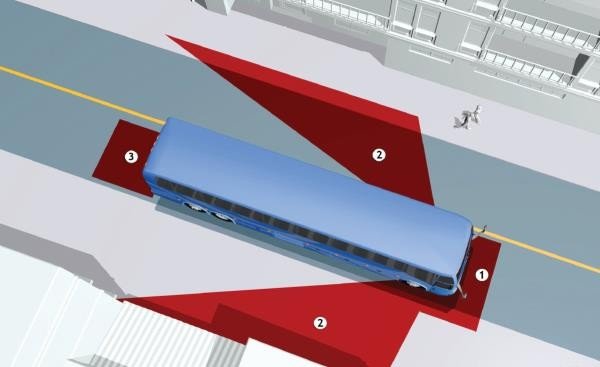 The front of a vehicle is also the blind spot

The below clip from Howcast will demonstrate some easy ways to handle the blind spots:

How to handle blind spots

With the help of mirrors, camera, and sensor, the blind spots are getting less concerning than before. Staying aware of the blind spot as well as knowing how to adjust the mirror and the driving position could minimize the potential of any car incidents.